Hundreds of Afghan evacuees arrive at US naval base in Spain 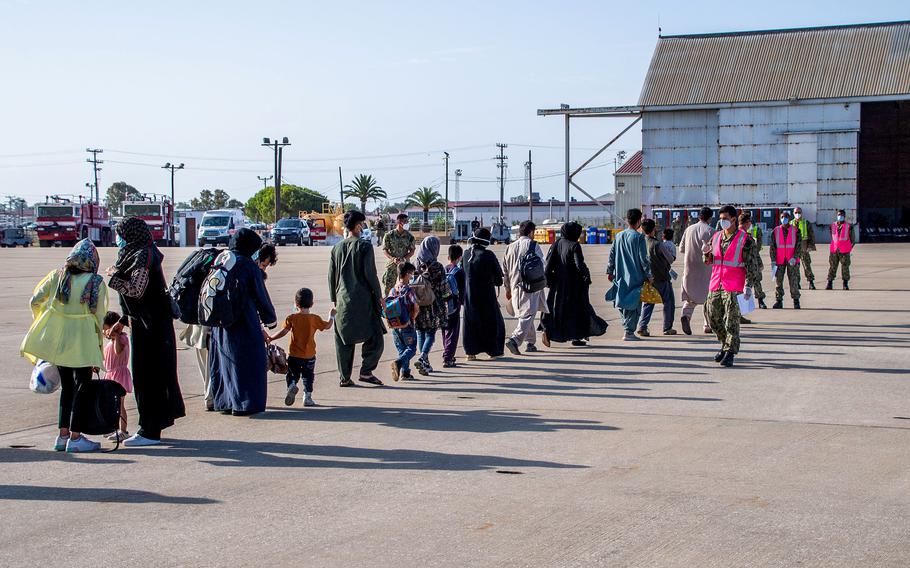 At least 450 Afghan evacuees arrived Friday at a naval base in Spain, U.S. Navy officials said.

The arrival came a day after deadly explosions at the airport in Kabul killed 13 U.S. service members and 169 Afghans, The Associated Press reported. Flights out of the airport resumed Friday.

NS Rota is working with the Spanish navy and government to serve as a transit location for evacuees before they're moved elsewhere, the statement said. 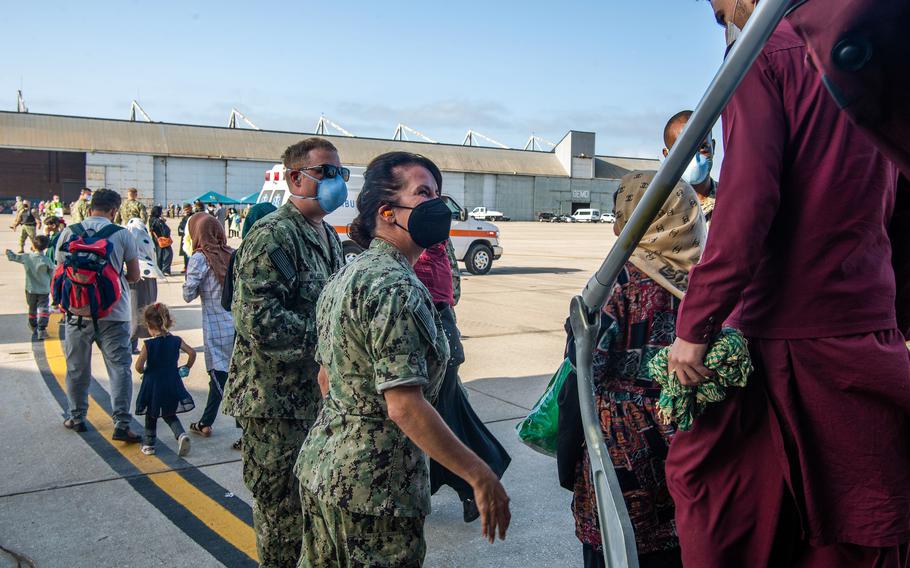 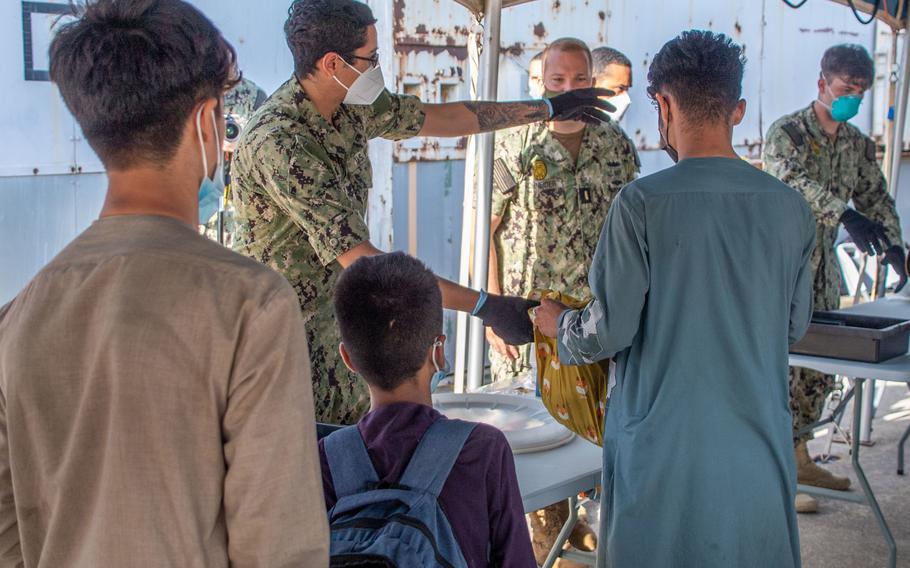 The base has set up temporary lodging with halal dining and areas for recreation and religious practices. Personnel will aid evacuees with injuries or other medical concerns, the statement said.

Other U.S. Navy bases in Europe are housing or helping Afghan evacuees as well. Naval Air Station Sigonella in Italy has accepted at least 662 Afghan evacuees since Sunday.

Meanwhile, Ramstein Air Base and the Army's nearby Rhine Ordinance Barracks in Kaiserslautern, Germany have hosted more than 18,000 evacuees since Aug. 20, Air Force officials said Friday.