Britain, other allies push back on Biden’s Aug. 31 deadline to leave Kabul 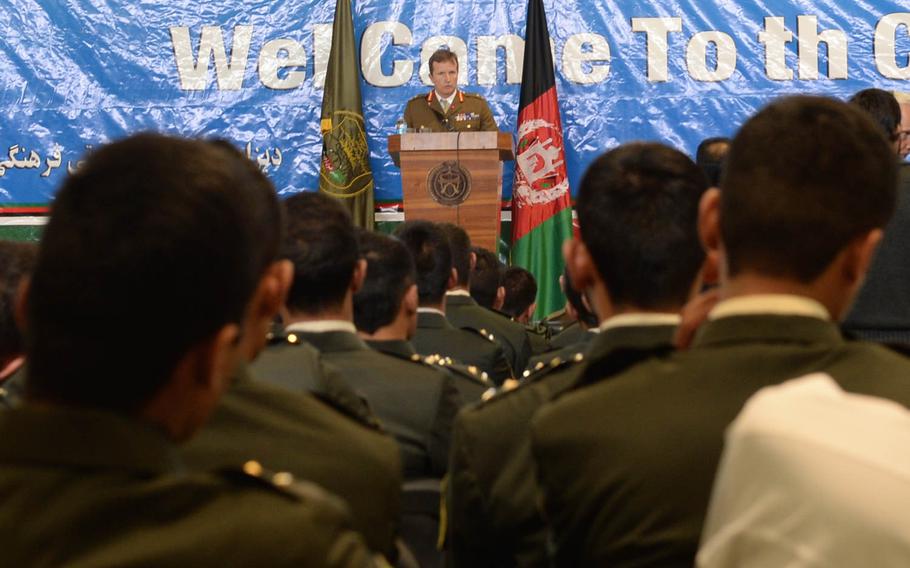 As the chaotic rush on Kabul airport enters its second week, divisions are emerging between the United States and its allies about how to handle the future of Afghanistan policy, with a number of nations criticizing the Biden administration's self-imposed timeline for pulling out of the airport.

Ahead of a virtual summit of Group of Seven leaders on Tuesday, British Defense Secretary Ben Wallace told reporters that Prime Minister Boris Johnson would use the meeting to push Biden to extend an Aug. 31 deadline to leave the airport.

Wallace, a former soldier, acknowledged that British forces in Kabul are ultimately reliant on U.S. partners during their ongoing rescue operations in Afghanistan. "It's really important for people to understand the United States have over 6,000 people in Kabul airport, and when they withdraw that will take away the framework ... and we will have to go as well," Wallace said.

The British defense secretary said that "if [the U.S.] timetable extends even by a day or two, that will give us a day or two more to evacuate people."

The public comments come after a series of reports of negative reactions in London to the Biden administration's Afghanistan strategy. The Sunday Times reported that British government ministers now privately view the U.S. leader as "gaga" and "doolally."

Britain, current host of the G-7, called last week for the virtual meeting of world leaders to discuss Afghanistan. The meeting comes a little over a week after the Taliban took over Kabul following Biden's decision to withdraw U.S. troops, leading to chaotic evacuations from the Afghan capital.

At a meeting of NATO foreign ministers on Friday, diplomats from the military alliance discussed the sudden collapse of the Afghan armed forces as well as the timetable for countries to continue evacuations in the country.

"The U.S. has stated that the timeline ends on the 31st of August, but several of our allies raised ... the need to potentially extend that to be able to get more people out," NATO Secretary General Jens Stoltenberg said at a briefing after the meeting.

French Foreign Minister Jean-Yves Le Drian also publicly expressed doubts Monday about the Aug. 31 deadline, telling reporters in the United Arab Emirates, where many evacuees are being received, that France was "concerned" about the deadline.

Numerous governments are facing domestic pressure to help pull out not only their staff and citizens but also Afghans who worked with the government, for fear of reprisals from the Taliban and its allies.

With Kabul's Hamid Karzai International Airport the only practical exit point from Afghanistan, many nations have become reliant on the U.S. military's heavy presence there to enable evacuations. The size of the U.S. operation at the airport dwarfs that of other nations, with the British contingent at around 1,000 the next largest.

In a news conference Sunday, Canadian Defense Minister Harjit Sajjan said his country would continue evacuations "for as long as it is safe to do so," but did not specify a time frame.

A German Foreign Ministry spokesman said Monday that Germany wants to keep the Kabul air bridge open "as long as the situation on the ground allows" but that Berlin was also considering alternatives. "We are already thinking beyond this period and are already trying to find solutions for the time after," the spokesman said.

The German military also announced Monday that a firefight involving Western troops had broken out earlier in the day between Afghan guards at the airport and unidentified gunmen. One Afghan guard was killed and three others wounded.

The logistics of keeping a military presence in Kabul beyond this week may be complex. A Taliban spokesman told Britain's Sky News that the United States would be crossing a "red line" if the Biden administration kept troops in Afghanistan past Aug. 31.

In an address Sunday, Biden said he hoped to not have to extend the deadline. But he added that there were "discussions going on among us and the military about extending" and that the decision may rest on how many evacuations have been carried out.

Biden told reporters he would discuss the timetable for removal of U.S. troops from the airport with G-7 leaders. "I will tell them that we'll see what we can do," the president said, adding that his team was "working closely with the G-7."

Over the weekend, British newspapers carried reports of distance between London and Washington over Afghan policy. The Sunday Times reported that it took 24 hours for President Biden to call Prime Minister Boris Johnson and cited criticism of the U.S. strategy from government ministers. The Guardian called it a "nosedive" in U.S.-British relations.

Tony Blair, the former British leader who had previously praised Biden and presided over Britain's role in the U.S. intervention in Afghanistan in 2001, called the decision to withdraw from Afghanistan "tragic, dangerous, unnecessary, not in their interests and not in ours."

Blair, who was widely criticized for aligning his government too closely with U.S. foreign policy during his decade as prime minister, said Britain has a "moral obligation" to stay in Afghanistan until "all those who need to be are evacuated."

Johnson's government is also expected to press for sanctions on G-7 leaders at the meeting on Tuesday. Under Johnson's "Global Britain" foreign policy agenda, the country has been pushing the use of financial sanctions to pressure bad actors.

Biden and Canadian Prime Minister Justin Trudeau have suggested they will support a push for sanctions. "Absolutely," Trudeau said when asked if he also favored economic sanctions, according to the Canadian Press news agency. He added that "the Taliban are already recognized under Canadian law as a terrorist entity."