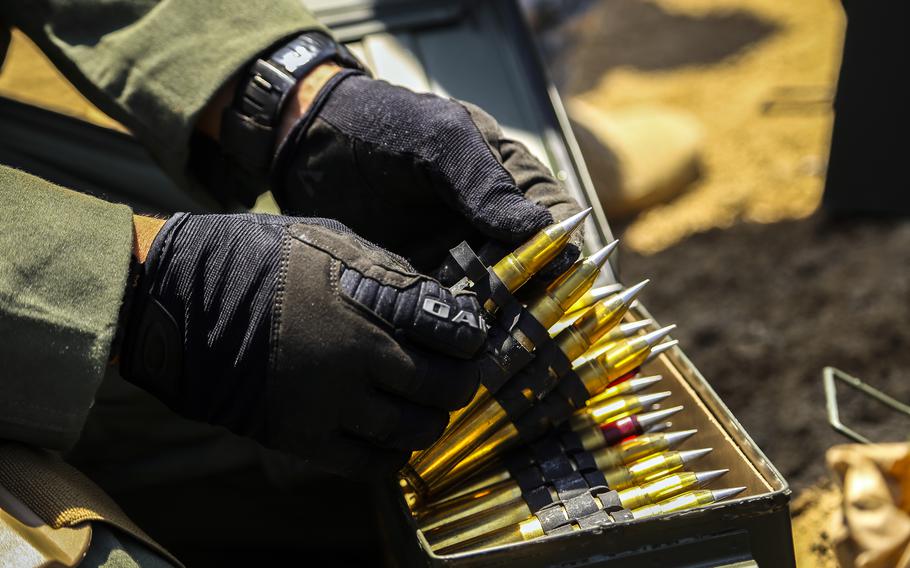 The Defense Department is turning to its stockpiles in South Korea and Israel to keep Ukraine supplied in its ongoing fight, but is doing so in a way that does not diminish U.S. firepower, Pentagon spokeswoman Sabrina Singh told reporters Friday in Washington.

The U.S. is supplying Ukraine “pretty regularly” with ammunition, materials, capabilities and equipment, and doing so quickly, she told reporters.

“This has zero impact on our operations and our ability to execute on our ironclad commitment to the defense of our ally, the Republic of Korea,” Taylor wrote Friday, referring to South Korea by its official name. “There should be no doubt that we remain ready to ‘fight tonight.’”

Neither Taylor nor Singh specified what type of military supplies were being shipped and whether they would be sent directly to Ukraine.

“We have to go to other sources, other places to make sure that Ukraine has what it needs and to also be able to backfill our own stocks and work on backfilling partners and allies,” Singh said.

Stockpiles of artillery shells in South Korea would be shipped elsewhere to refill U.S. stockpiles that are in need of munitions, The New York Times reported Tuesday, citing an unnamed senior U.S. official.

"We have lost the luxury of time here; the closet is bare,” Sen. Richard Blumenthal, D-Conn., said during a Senate Armed Services Committee hearing in April.

South Korea so far has pledged $100 million worth of medical supplies and humanitarian assistance to Ukraine, according to the Ministry of Foreign Affairs in June. Seoul maintains it will supply Ukraine only with nonlethal aid in its ongoing fight against Russia.

The Wall Street Journal in November cited U.S. officials as saying South Korea would sell 100,000 rounds of 155mm artillery shells to assist Ukraine. But a South Korea defense ministry spokesman denied the report and said the deal was being discussed under the premise that the U.S. will be the “end user” of the munitions.