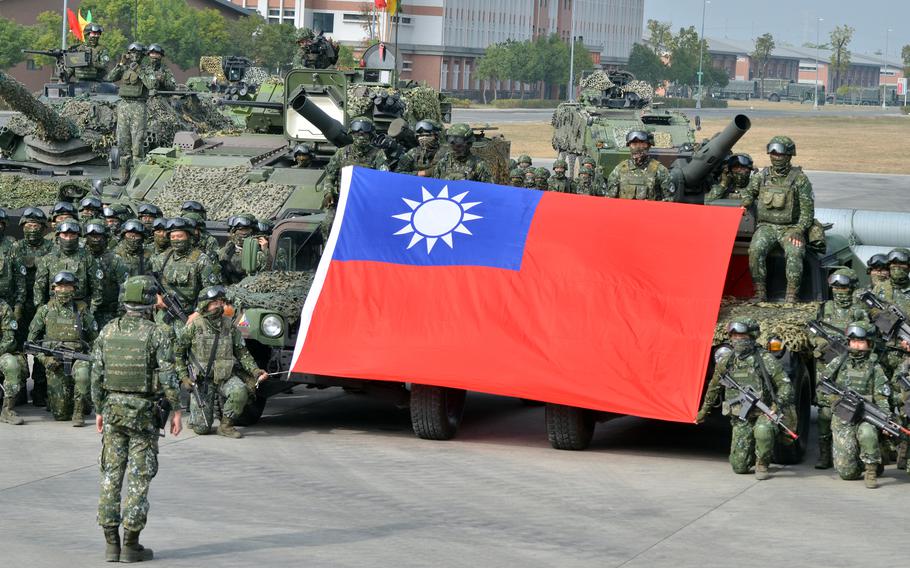 Members of Taiwan’s 564th Armored Brigade hold their flag after demonstrating their ability to repel an airborne attack near Kaohsiung, Taiwan, Jan. 11, 2023. (Seth Robson/Stars and Stripes)

Dozens of local and foreign journalists watched the highly choreographed demonstration near Kaohsiung on Jan. 11, but for Taiwan’s army, a battle with airborne communists is closer to reality.

An invasion by Chinese troops is more likely now than any time in the recent past, according to Maj. Gen Yu-Chin “Eugene” Lee, commander of the troops training at Kaohsiung.

“We prepare for any kind of threat,” he said. “No one wants to go to war.”

In contrast to militaries in other democracies, most Taiwanese forces don’t train alongside allies. Nearby Japan, South Korea and the Philippines exercise annually with U.S. forces and participate in multinational drills such as the biennial Rim of the Pacific in Hawaii.

However, unlike other Asian nations, the U.S. has no formal diplomatic relations with Taiwan, which lost U.S. recognition in favor of mainland China in 1979. The U.S. has economic and other ties to Taiwan and continues to support the island democracy in an unofficial capacity, including weapons sales, according to the U.S. State Department. 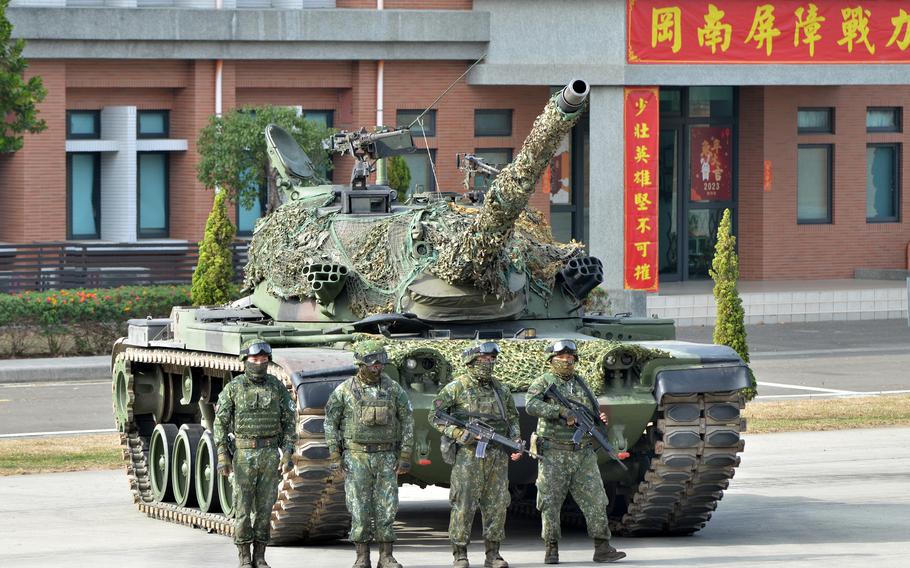 Members of Taiwan’s 564th Armored Brigade stand by after demonstrating their ability to repel an airborne attack near Kaohsiung, Taiwan, Jan. 11, 2023. (Seth Robson/Stars and Stripes) 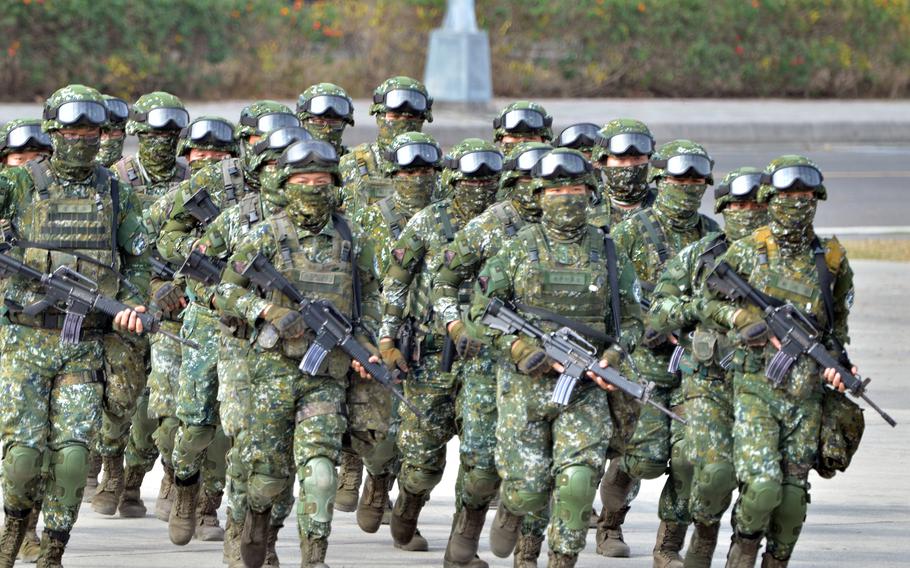 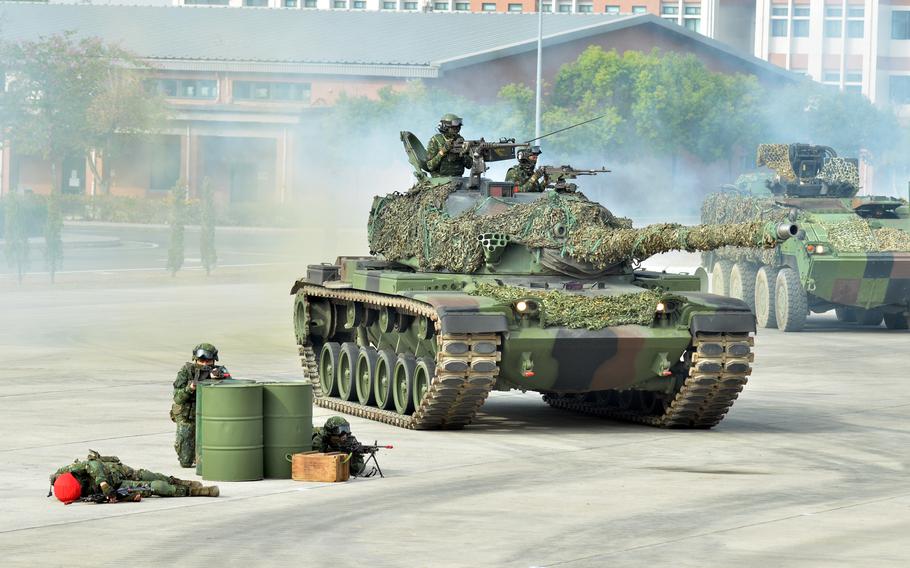 Dozens of soldiers played the role of Chinese army invaders landing in a CH-47 Chinook helicopter.

The demonstration showed the Taiwanese people that their army is ready to defend them, said Lee, who attended the U.S. Army War college in Carlisle, Pa., in 2012.

The unit will conduct large-scale joint training with the nation’s air force later this year, he said.

Taiwan President Tsai Ing-wen, in an Oct. 26, 2021, interview with CNN, confirmed the presence of small numbers of U.S. Marines and special operators on the island to train with local forces.

“We need joint military training and exercises,” he said. “We have at most company level training. We need to have exercises at brigade level.”

Most of Taiwan’s military, with the exception of its air force officers, can’t speak English, Shen said.

“In joint training exercises, that becomes an issue,” he said.

“That makes the majority of military leadership in Taiwan to be hesitant with communications,” he said.

Taiwan’s military needs to train alongside forces from the U.S., Japan and other free nations, according to retired U.S. Marine Col. Grant Newsham, a senior researcher with the Japan Forum for Strategic Studies in Tokyo.

“Get the Taiwan military out and about and training with us,” he said in a Jan. 14 email to Stars and Stripes. “The most important thing is to break the isolation.”