HSINCHU AIR BASE, Taiwan — Mirage fighter jets soared over this air base near the Taiwan Strait on Wednesday, a routine day for aircraft that answer threats to their nation’s airspace.

The aerial display by the French-made multirole, single-engine, fourth-generation fighters was part of drills that Taiwan is holding this week to show off its military capabilities ahead of this month’s Lunar New Year holiday.

Dozens of local and foreign journalists watched the fighters ascend with glowing afterburners, touch down a short time later and taxi to camouflaged concrete hangars.

Taiwanese planes scramble as if by schedule as the island’s military responds to regular approaches by Chinese military aircraft. Beijing considers democratic, self-governing Taiwan to be a breakaway province that must be reunified with the mainland, by force if necessary.

Taiwan’s Ministry of National Defense issues daily statements about Chinese military activities in the waters and airspace around the island. At 6 a.m. Wednesday, for example, the ministry reported eight Chinese aircraft and three vessels in the previous 24 hours.

Taiwanese armed forces monitored the situation and tasked aircraft, naval vessels and land-based missile systems to respond, according to the ministry.

Taiwan’s defense ministry tweeted Thursday morning that 15 Chinese military aircraft and warships had been detected around the island in the past 24 hours. A subsequent tweet said six of the aircraft crossed the strait’s median line and entered Taiwan’s Air Defense Identification Zone.

Standing in front of a large Taiwanese flag, near a pair of jet fighters and rows of bullets and missiles, Mirage pilot Lt. Col. Wu “Bomber” Bong-yeng told journalists: “Fight as we train; train as we fight.” A Taiwanese air force pilot climbs out of a Mirage 2000 fighter jet after a demonstration flight over Hsinchu Air Base, Taiwan, Wednesday, Jan. 11, 2023. (Seth Robson/Stars and Stripes) 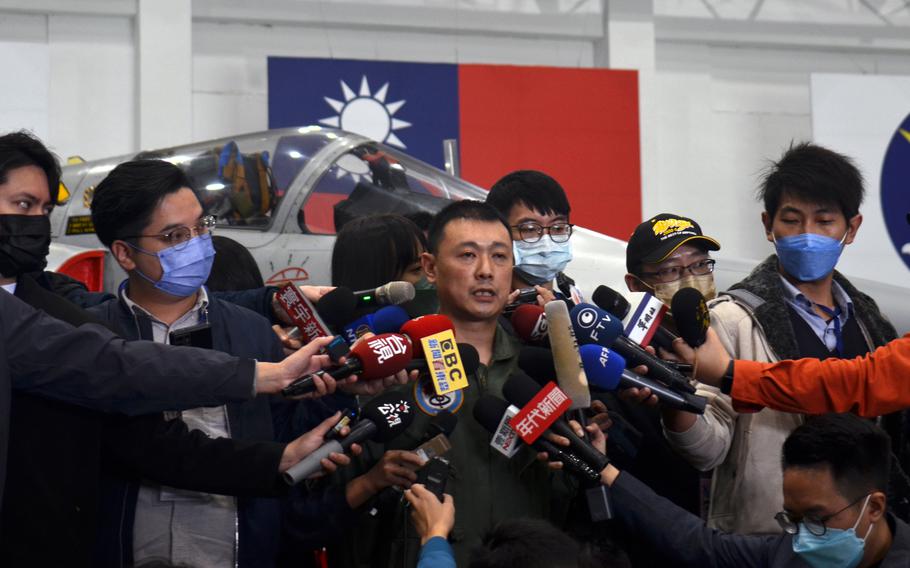 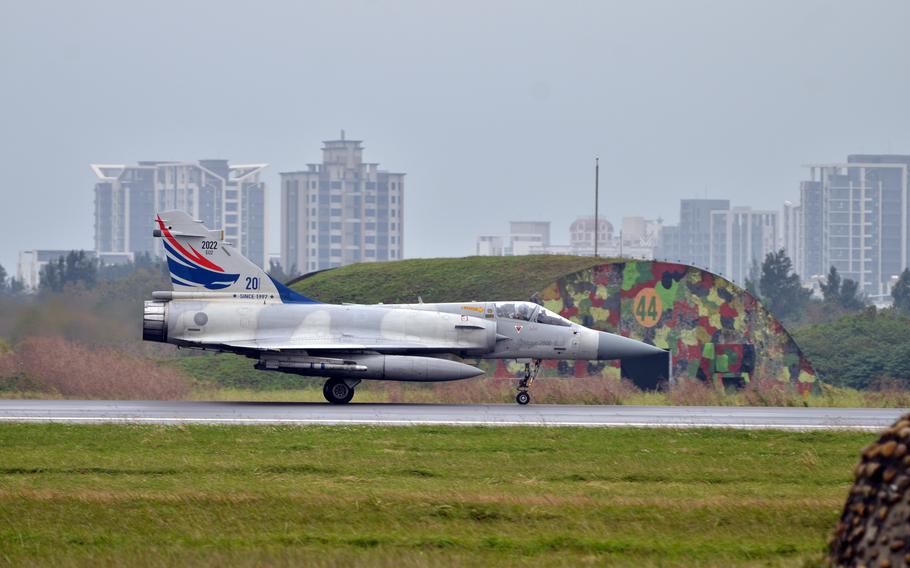 Members of the Hsinchu-based 2nd Wing, which operates 54 Mirage 2000s, are ready to defend Taiwan’s airspace, he said.

Wu declined to say whether he had personally intercepted Chinese aircraft approaching Taiwan, but said: “We are fighter pilots. We are prepared to face every type of challenge.”

China was recommitted in the new year to “safeguarding sovereignty and territorial integrity” and “smashing plots for Taiwan independence,” a spokesman for its Taiwan Affairs Office said Wednesday, according to The Associated Press.

“The malicious support for Taiwan independence among anti-China elements in a few foreign countries are a deliberate provocation,” Ma Xiaoguang said at a biweekly news conference, according to the news agency.