Navy won’t back away from Taiwan in wake of Chinese belligerence, White House says 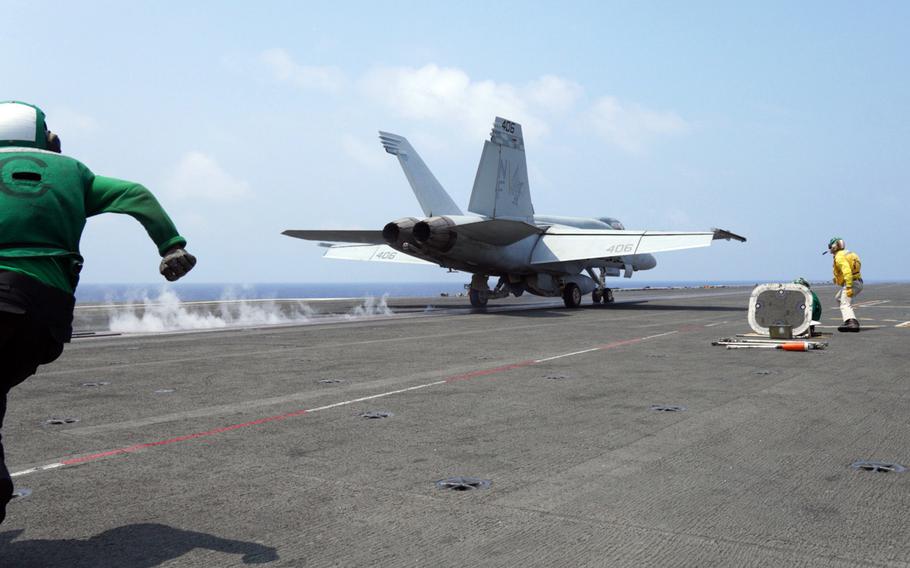 An F/A-18 Super Hornet launches from the flight deck of the aircraft carrier USS Ronald Reagan in the Philippine Sea, Friday, Aug. 5, 2022. (Akifumi Ishikawa/Stars and Stripes)

ABOARD THE USS RONALD REAGAN, Philippine Sea – The U.S. 7th Fleet will send more aircraft and warships past Taiwan in the coming weeks, a response to China’s military exercises that have surrounded the island starting Thursday, according to the White House.

China that day began a series of air force and naval exercises, including 11 ballistic missiles fired toward Taiwan, five of which came down in Japan’s economic exclusion zone east of the island democracy.

“We condemn these actions, which are irresponsible and at odds with our longstanding goal of maintaining peace and stability across the Taiwan Strait and in the region,” Kirby said. “China has chosen to overreact and use the speaker’s visit as a pretext to increase provocative military activity in and around the Taiwan Strait.”

The 7th Fleet will send more ships and planes through the Taiwan Strait in coming weeks, “consistent, again, with our longstanding approach to defending freedom of the seas and international law,” Kirby said.

“We will not seek, nor do we want, a crisis,” he said. “At the same time, we will not be deterred from operating in the seas and the skies of the Western Pacific, consistent with international law, as we have for decades, supporting Taiwan and defending a free and open Indo-Pacific.”

The 7th Fleet has sent an average of one destroyer a month through the strait so far this year. 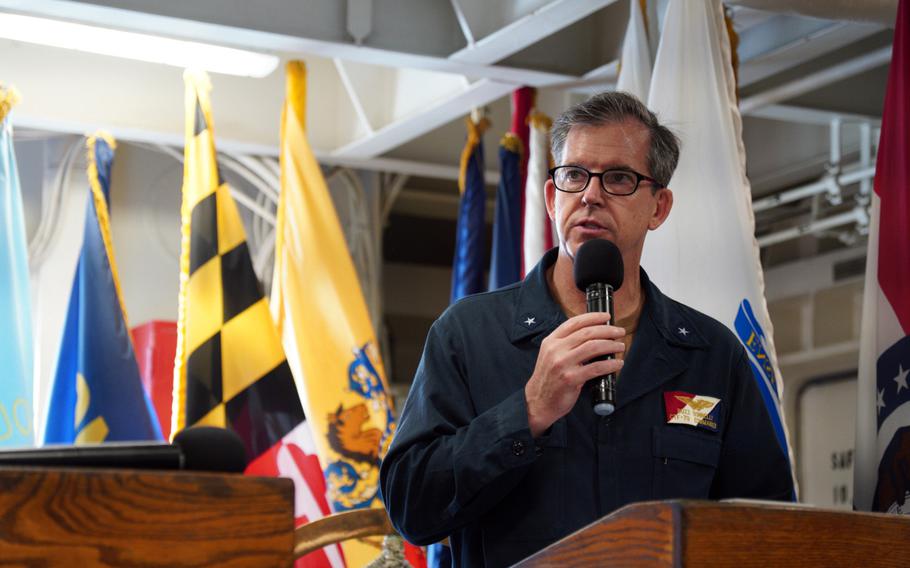 Aboard the USS Ronald Reagan on Friday, the strike group commander said the Navy will not back away from its normal operations in the Western Pacific despite heightened tensions with any prospective rival in the region.

The Navy will not be “dissuaded, bullied or forced” by potential rivals like China, Russia or North Korea into abandoning its mission to maintain open seas in the Indo-Pacific region, said Rear Adm. Michael Donnelly at a news conference on the carrier.

The Ronald Reagan this week steamed through the area south of Taiwan and into the Philippine Sea to about 300 miles south of its homeport, Yokosuka Naval Base, Japan.

Donnelly did not mention activity around Taiwan specifically or Pelosi’s stop there Wednesday before she continued on to South Korea and Japan with a congressional delegation. China regards the island as a renegade province that must one day be reclaimed.

“Whether there’s an increase – or increased perception – of activity by belligerent or coercive nations in the region, the mission of the U.S. Navy has not changed, nor is our posture or presence here in the Indo-Pacific,” he said.

Japan Maritime Self-Defense Force Vice Adm. Tatsuya Fukuda told reporters aboard the Ronald Reagan that the U.S.-Japan alliance, and the relationship between their navies, is critical to the security of Japan and the wider region.

“Maritime security is of critical importance for Japan, because we are a nation surrounded by the seas,” Fukuda said. “Ensuring maritime security is vital for the nation, and the JMSDF continues to take all possible measures to ensure the safety of maritime traffic and freedom of navigation in the region.”