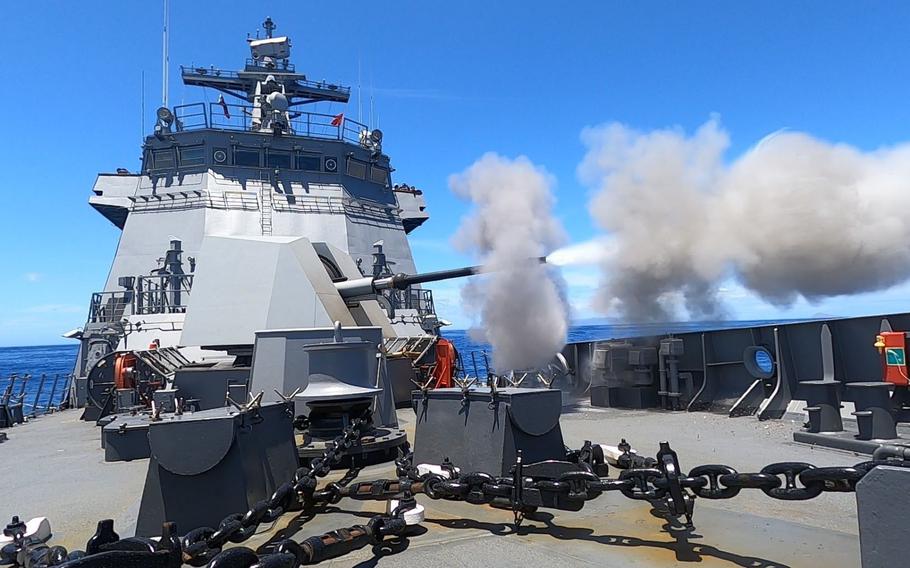 Philippine navy frigate BRP Antonio Luna tests its weapons systems July 16, 2022, as part of a live-fire exercise with partner-nation ships during the at-sea phase of the Rim of the Pacific exercise in waters near the Hawaiian Islands. (Kenny Turco/Philippine navy)

FORT SHAFTER, Hawaii — The massive Rim of the Pacific maritime exercise ending Thursday in Hawaii serves to deter escalation by China’s military, even as its navy conducted live-fire drills around Taiwan, the commander of U.S. 3rd Fleet said Wednesday.

Navies from 26 nations took part in RIMPAC for the past month with 38 ships, four submarines, 170 aircraft and roughly 25,000 personnel, primarily in waters near Hawaii and several drills in Southern California.

“By coming together, I do believe it’s a deterrent to anyone who would try to challenge the current rules-based order that has made us so prosperous as part of a free and open Indo-Pacific,” Vice Adm. Michael Boyle, commander of 3rd Fleet and RIMPAC, told reporters during a conference call Wednesday.

“By coming together as this group of nations, we’re not just talking about being like-minded; we are demonstrating it. We are the manifestation of like-minded nations by sending, by committing, forces and the money that it takes to have us come together here in Hawaii.”

China commenced military exercises Thursday involving its navy and air force in six zones surrounding Taiwan in response to a visit to the island by Speaker of the U.S. House of Representatives Nancy Pelosi.

China regards Taiwan as a breakaway province that must be brought under Beijing’s control at some point. 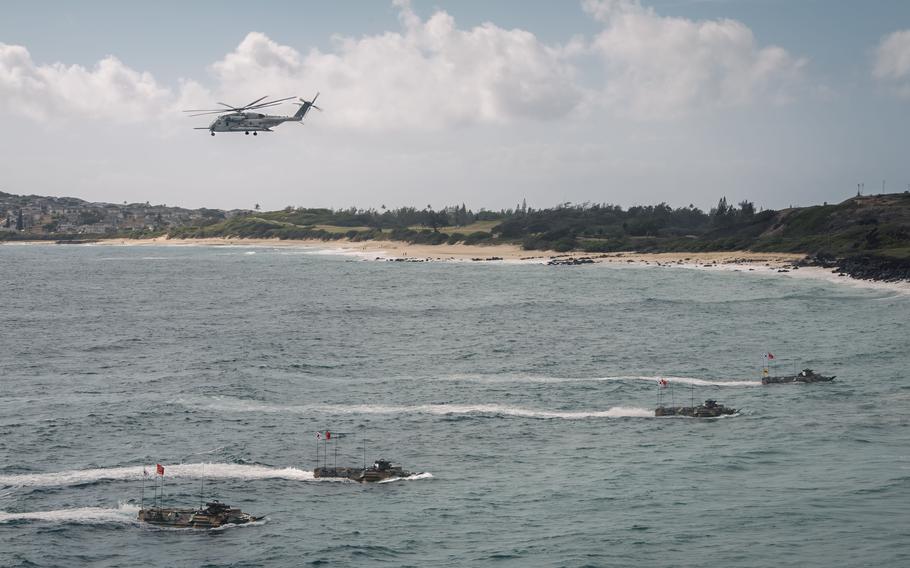 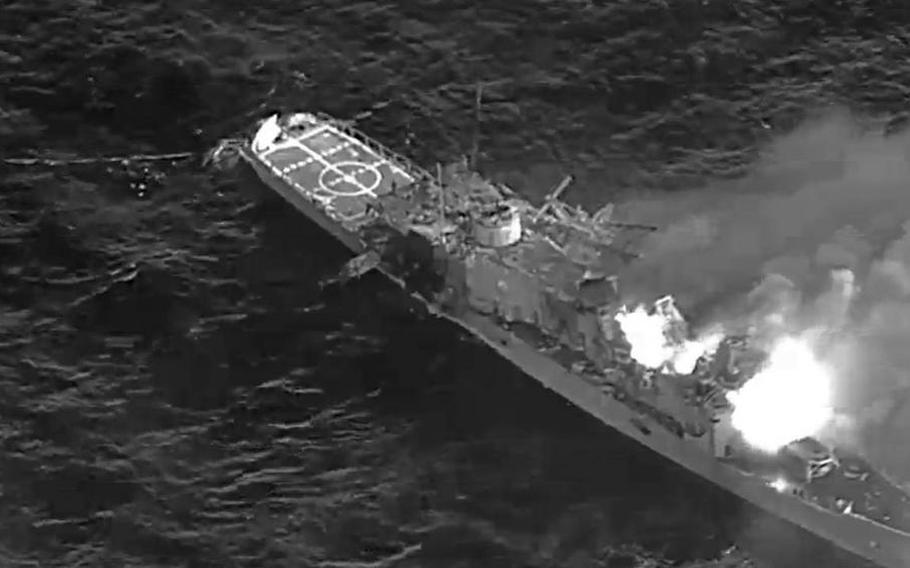 The decommissioned ex-USS Rodney M. Davis is hit with live fire by forces from Australia, Canada, Malaysia and United States during a sinking exercise near the Hawaiian Islands on July 12, 2022, as part of the Rim of the Pacific exercise. (U.S. Navy)

But the exercise took a looser form during its latter days, putting leaders face to face with the unpredictability of a real crisis, he said.

“The last five or six days of the exercise was really a little bit of free play, and by ‘free play’ I mean we let the environment and those who were acting as hostile forces in the exercise determine how the scenario would unfold,” Boyle said.

“That gave an opportunity for all the forces to have to kind of think it through: I don’t know what’s going to happen today or tomorrow. That type of learning will make us better postured to handle any kind of situation, whether it’s a humanitarian assistance/disaster response scenario, all the way up to some sort of crisis to where we’re looking for each other’s help.”

• First embedded use of the MQ-9A and MQ-9B unmanned aerial drones.

“So, for [the U.S. Navy], that means we will now look to which ones are best of breed, which ones we might fund, and how they might be integrated into the force moving forward,” he said. “So, I think we’re beyond the question of will they ever be here; they’re definitely going to be here. RIMPAC allowed us to mature the technology.”