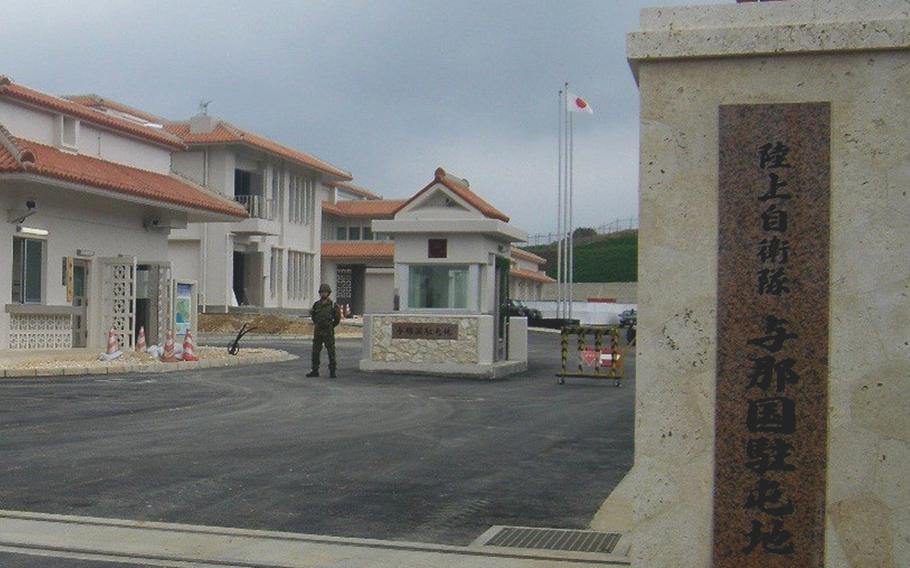 CAMP FOSTER, Okinawa — Japan plans to site surface-to-air missiles on Taiwan’s doorstep in a move to shore up defenses in the Nansei Island chain, a defense official said Wednesday.

The Defense Ministry plans to expand Camp Yonaguni, a Ground Self-Defense Force base on Yonaguni Island, to accommodate a new surface-to-air missile unit, a ministry spokesman told Stars and Stripes by phone on Wednesday. Yonaguni Island is approximately 70 miles east of Taiwan.

Funds to purchase approximately 45 acres on the eastern side of the base were included in the ministry’s draft budget for fiscal 2023, according to Defense Ministry spokesman Takeshi Aoki at a press conference Tuesday, the unnamed spokesman said. Japan’s Cabinet Office approved that budget Friday.

“There are probabilities of having an issue in the Indo-Pacific region, and our country is standing on the front line of it,” the ministry spokesman quoted Aoki as saying. “By deploying this unit, we are showing our determination to not accept changing the status quo by force, and we are trying to decrease the probabilities of any attack to our country by enhancing our deterrence power against attacks in the Nansei Islands, leading to the safety and security of our country.”

The Defense Ministry has not specified how much money it plans to spend to purchase the land, part of which is owned by Yonaguni town, because it could “impact negotiations,” the Okinawa Times reported Saturday. The ministry spokesman did not respond to questions about the purchase Wednesday.

Yonaguni would join Amami Oshima, Miyako and Ishigaki islands as surface-to-air missile sites, Aoki said. The ministry expects the Ishigaki battery to be operational by April 1, when Japan’s next fiscal year begins.

Locating a missile defense battery on Yonaguni would “increase the burden” on the local community, Okinawa Gov. Denny Tamaki said Tuesday at a press conference in Naha. But he said he reserves judgment until he is briefed by Tokyo, according to a YouTube video of the press conference.

“We are not planning to file a protest yet,” Tamaki said. “We have asked repeatedly to the government to explain politely to the local municipality and community.”

Japan’s Defense Minister Yasukazu Hamada on Tuesday said he planned to “understandably and politely” explain to the people the situation the country is facing and how Japan will prepare its forces, according to a video on the ministry website.

The Ministry of Defense this month unveiled a record breaking 6.82 trillion yen, or $51.4 billion, defense budget for the coming fiscal year that emphasized standoff defense capabilities like strengthened air and missile defense.

The island nation is developing a version of its Type 12 surface-to-ship missile that extends its range from 62 to 620 miles, capable of reaching potential targets around the Senkaku Islands and parts of China and North Korea.