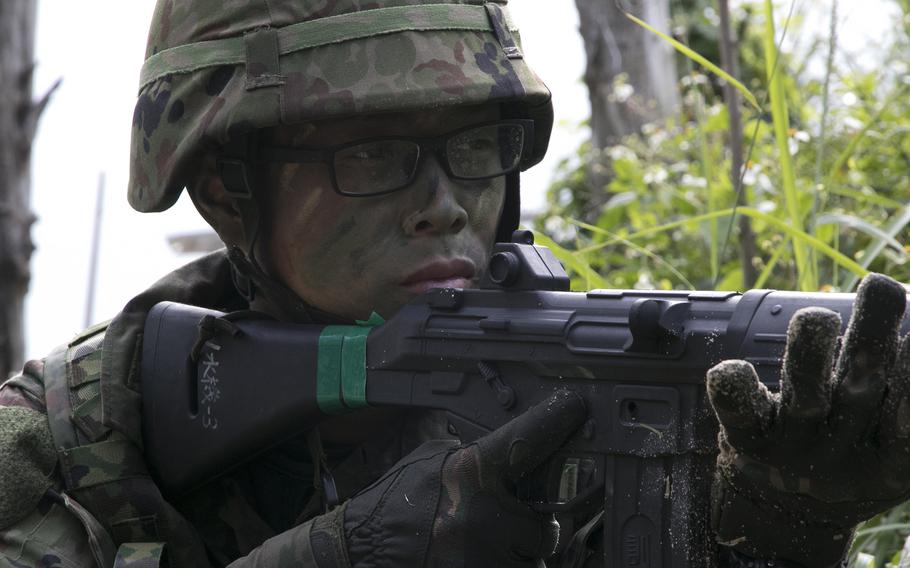 CAMP FOSTER, Okinawa – A reported plan by the Japan Ground Self-Defense Force to increase its presence on Okinawa and add weight to its leadership there is a prudent decision, according to a pair of Japanese security experts.

The Self-Defense Force plans to add another infantry regiment to the one already based at Camp Naha and put a general in charge, one step up from the current major general commanding there, according to a report Saturday by Kyodo News, which cited an unnamed government source.

A spokesman for the Ground Self-Defense Force declined comment on the Kyodo report, except to say no concrete plans are set and the force is considering “many options to strengthen the defense capabilities in the Nansei region.” The Nansei Islands, also called the Ryukyu Islands, is the chain that includes Okinawa and extends southwestward from the Japanese main islands to Taiwan.

The reported move would likely add about 900 personnel, the size of a typical regiment, to the 2,500 15th Brigade troops already stationed there, Toshiyuki Shikata, a former lieutenant general in the Ground Self-Defense Force, told Stars and Stripes by phone Tuesday.

Increasing troop strength on Okinawa would prepare the Ground Self-Defense Force for a “contingency involving Taiwan” and an increasingly assertive China, according to Kyodo.

Too few troops are positioned in the island chain, Shikata said. Waiting for a conflict to move troops from the main islands to Okinawa would be too late, he added.

“If something happens in Taiwan, Japan has to do something,” he said. “It doesn’t mean that Japan will treat China as an enemy, but geographically the Taiwan Strait is very important for Japan.”

The changes will be included in defense planning documents for 2023, with preparations scheduled to begin the following year, Okinawa Times reported Sunday, citing unnamed officials.

Junjiro Shida, an associate professor of international politics at Meio University on Okinawa, agreed with Shikata.

“It is necessary to strengthen the forces of Japan independently,” he told Stars and Stripes by phone Tuesday. “We are at risk of a Taiwan issue and if it happens, the most affected area will be Okinawa and the Nansei Islands.”

“With this move, the government is assuming that Okinawa will be a battlefield again,” he told Stars and Stripes by phone Tuesday. “If a U.S.-China war regarding Taiwan starts, we will be involved.”

Nobody has the will to stop “this military expansion,” according to Kishimoto.

“We don’t want the government to expand the forces, we want them to solve problems peacefully through diplomacy,” he said.