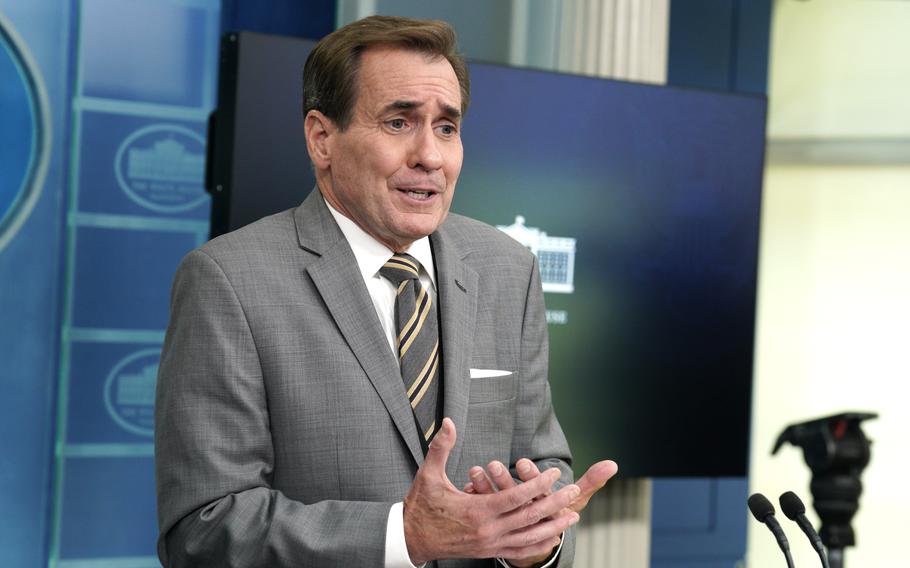 WASHINGTON (Tribune News Service) — The U.S. remains ready for talks with North Korea on denuclearizing the Korean peninsula, while ensuring “that we have also the capabilities in the region and ready to go in case we need them,” National Security Council spokesman John Kirby said.

After a week in which a North Korean ballistic missile launch prompted an alert in Japan, Kirby told ABC’s “This Week” the U.S. is working on increased military cooperation with South Korea and Japan to counter threats from Kim Jong Un.

Kim “has decided not to take us up on that offer,” Kirby said Sunday. “Quite the opposite: now he has improved his ballistic missile program. He has clearly not abandoned his nuclear weapons ambitions.”

South Korea said its military will strengthen security cooperation with the U.S. and Japan, including the deployment of “U.S. strategic assets,” after North Korea fired two short-range ballistic missiles Sunday.

The missile tests add to 10 launched by North Korea over the past two weeks. The USS Ronald Reagan aircraft carrier group made a U-turn after one of the missiles flew over Japan. The group returned to waters off the Korean peninsula and held missile-defense exercises with naval forces from Japan and South Korea on Thursday.

“We want to see the denuclearization of the Korean peninsula, verifiable and complete, and we have communicated to the North Koreans,” said Kirby, coordinator for strategic communications at the National Security Council.

“So what we have to do as we have that offer on the table is make sure that we have also the capabilities in the region and ready to go in case we need them,” he said.