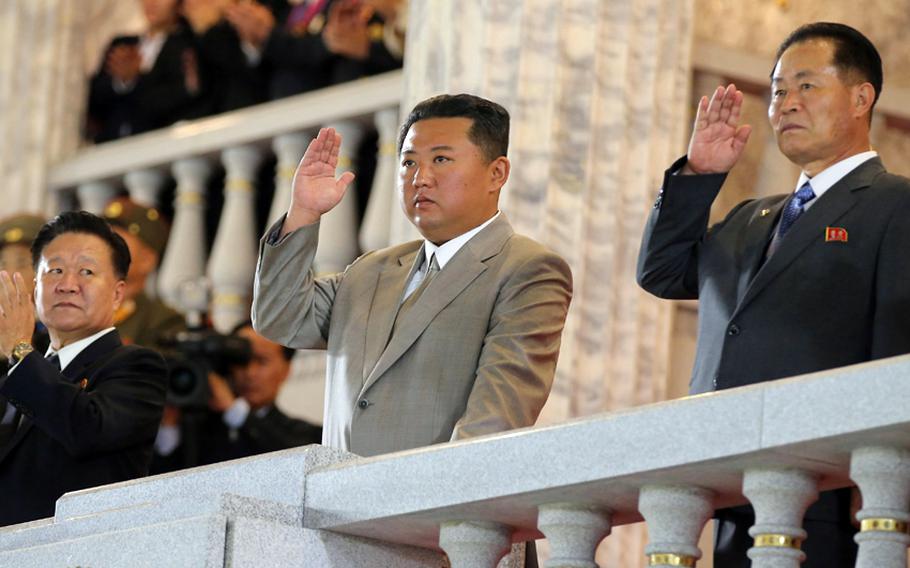 North Korea has conducted six nuclear tests since 2006 and is believed by U.S. and South Korean intelligence officials to have prepared for a seventh. (KCNA)

The Korea Institute for Defense Analyses, a government-funded research institute, submitted a report to Rep. Shin Wonsik of the ruling People Power Party analyzing the costs for Pyongyang’s nuclear weapons program, according to a news release from the lawmaker’s office on Tuesday.

The report, which KIDA has not released to the public, says North Korea is estimated to have spent up to $1.6 billion on its nuclear program since the 1970s, the release said.

At least four more nuclear tests at a total cost of between $440 million and $640 million will be required before the North is capable of creating high-yield nuclear warheads or a functioning multiple independently targetable reentry vehicle with nuclear warheads, according to the defense institute.

“Instead of a useless nuclear weapon, I hope you choose a future for the people and humankind,” Shin said in the release. The comment was directed at North Korean leader Kim Jong Un.

South Korean President Yoon Suk Yeol and military officials have vowed a firm response if the North carries out another nuclear test. South Korea’s response “would be entirely different” from the past, Defense Minister Lee Jong-sup said in August.

Yoon has simultaneously proposed an “audacious initiative” consisting of economic assistance for North Korea in exchange for concrete steps toward denuclearization. The North’s leaders have rebuffed the proposals and continue to issue fiery statements against the South.

North Korea has conducted six nuclear tests since 2006 and is believed by U.S. and South Korean intelligence officials to have prepared to conduct a seventh.

Following denuclearization negotiations between Kim and then-Presidents Donald Trump and Moon Jae-in of South Korea, the communist regime declared in 2018 it would suspend nuclear and intercontinental ballistic missile tests.

North Korea, claiming at the time it no longer needed to conduct the tests due to its already advanced nuclear capabilities, partially demolished its Punggye-ri nuclear testing site in the northeast mountains. Numerous watchdog groups reviewing commercial satellite imagery have since reported seeing renewed activity around the facility, including the construction of new buildings and repairs.

In January, the state-run Korean Central News Agency said the regime would “immediately” resume its tests of long-range ballistic missile and nuclear weapons in response to provocations from the South and the United States.

North Korea has launched more than 33 missiles in 20 rounds of tests so far this year. The regime last test-fired two short-range missiles on Wednesday, a day before Vice President Kamala Harris was scheduled to travel to South Korea to meet with Yoon and visit the Demilitarized Zone between the North and South.