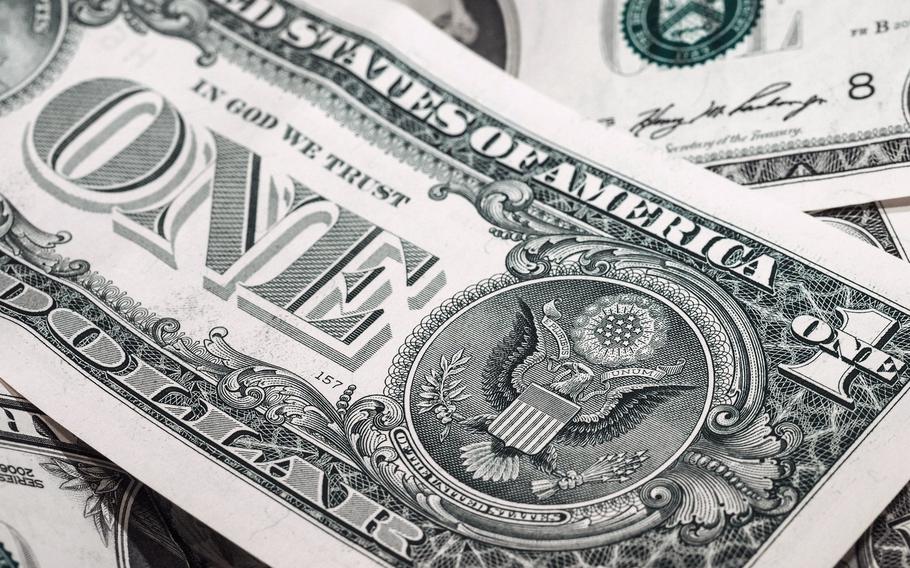 YOKOTA AIR BASE, Japan — Cost-of-living allowance cuts have left U.S. service members stationed in Japan with hundreds of dollars less to spend each pay period, amid a weak yen and rising prices for off-base goods and services.

Most service members in the country are no longer receiving COLA — a tax-free allowance to help offset the costs of living in expensive areas overseas — following changes announced by the State Department on Oct. 1.

COLA fell to zero this month for troops on Okinawa, home to more than a dozen U.S. bases and the lion’s share of the 55,000 service members in Japan; at Yokosuka Naval Base, homeport of the U.S. 7th Fleet about 35 miles south of Tokyo; and at Yokota Air Base, an airlift hub that serves as headquarters for U.S. Forces Japan.

An online COLA calculator provided by the Defense Department shows that a sergeant stationed at Yokota with six years’ service and two dependents would have received more than $600 in COLA last October. A captain with the same family size and length of service would have gotten more than $800.

The cut comes as prices rise across Japan because of a weak yen and increased costs for energy, packaging and logistics. State broadcaster NHK reported Sunday that the cost of 6,700 food and beverage items, including processed meats, baby food and alcohol, would go up this month.

Prices of 20,665 items have or will be raised this year with an average increase of 14 percent, according to the report.

Gas prices at Army and Air Force Exchange Service stations are also on the rise. A gallon of premium sold for $4.66 this week, but that’s set to increase to $4.80 on Saturday.

Staff Sgt. Jeriad Wood, 35, a member of the U.S. Air Force Band of the Pacific at Yokota, said he’s noticed higher prices for things like gas, meat and dairy products bought locally as well as clothing he buys online.

“We still have to shop on base for some necessities that we can’t buy on the Japanese economy,” he told Stars and Stripes on Thursday.

The military in March and April surveyed troops about how and where they buy items. The results of the poll, conducted every three years, are used to calculate COLA. By that time, the allowance had already fallen by 15% to 22% compared to 2021 rates.

COLA amounts can fluctuate as often as twice per month or every pay period, according to Army Maj. Charlie Dietz, a spokesman at the Office of the Secretary of Defense.

“This is done to ensure Service members' purchasing power is adjusted for currency fluctuations as frequently as possible,” he told Stars and Stripes in an email Tuesday.

COLA is not a fixed amount and may adjust up or down based on the analysis of new cost-of-living data and/or currency fluctuations, Dietz said.

The dollar has strengthened significantly over the course of the year, soaring to a 24-year high of nearly 146 yen on Sept. 22. A dollar bought 144.66 Japanese yen on Thursday, up from 111.47 yen a year ago.

“COLA fluctuations should be considered in household budgeting,” Dietz said. “If average [U.S.] prices increase at a greater rate than [overseas] prices, Overseas COLA may decrease.”

Overseas COLA varies based on duty location, pay grade and number of dependents, he added.

“Because rates vary by geographic location, when a member relocates to another … area, COLA payments may change based on prices and shopping patterns in the local area,” he said. “Members receive Overseas COLA only if the costs at their duty location exceed average [U.S.] costs.”