US, Taiwan grapple with key differences in debate over deterring China 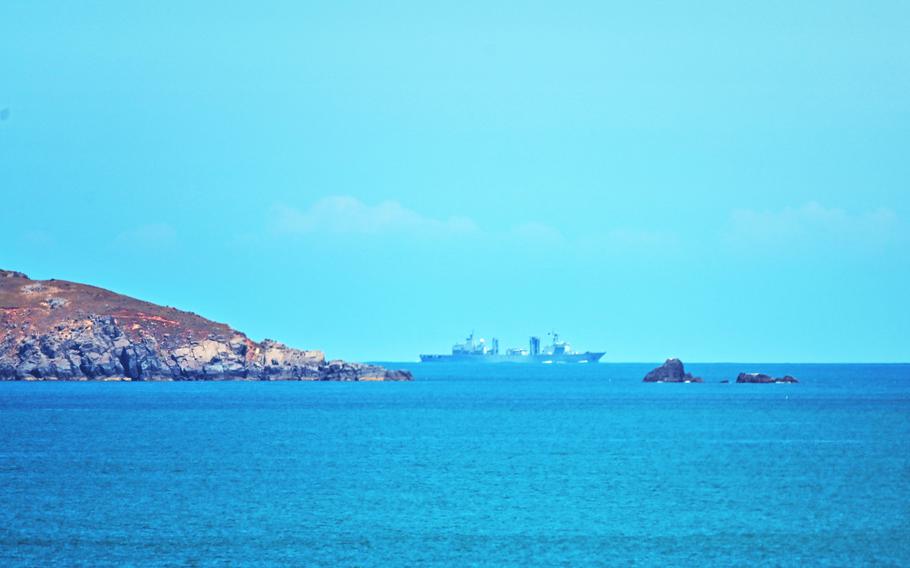 TAIPEI, Taiwan (Tribune News Service) — The example from Ukraine of how a smaller but highly motivated country can resist an invasion by a much larger and better-armed military — if equipped with the right weapons, training and battlefield strategy — has U.S. lawmakers eagerly searching for ways to apply lessons learned from the war in Eastern Europe to Taiwan’s defense preparations.

Washington and Taipei are taking steps to deepen their security and economic ties in the hopes that doing so might indefinitely forestall a feared Chinese attack on Taiwan, which some experts predict could come in as little as five years.

But even amid signs the Taiwan and U.S. governments are moving closer together, there remain significant differences of views in Taipei and Washington over what types of diplomatic, trade and military actions will do more harm than good when it comes to maintaining stability across the Taiwan Strait.

The Senate Foreign Relations Committee is scheduled Wednesday to debate bipartisan legislation that proposes numerous enhancements to U.S. diplomatic and defense activities with Taiwan. And Taiwanese and U.S. officials are slated to begin formal trade talks this fall, which Taipei hopes could eventually form the basis of a free trade deal that could help reverse Beijing’s recent successes in isolating the island democracy from the international system.

They include questions over:

— Is a Chinese assault on Taiwan inevitable? Or is there still hope of salvaging an updated version of the longtime status quo whereby the United States does not have formal diplomatic relations with Taiwan, Taipei refrains from declaring formal independence from China and Beijing refrains from trying to militarily annex the self-governing island?

— Should the Taiwan-U.S. priority be deterring for as long as possible a Chinese attack, or should the goal be rushing to prepare Taiwan for an invasion?

— How do officials judge the cost and benefits of certain actions aimed at boosting Taiwan’s defense abilities and international support without being so provocative that Beijing decides to speed up any timetable for a military attack?

— How much time is left before China might attack?

— Has the time come to change the longstanding U.S. policy of maintaining “strategic ambiguity” about how Washington would respond to a Chinese invasion?

The answers could not be more consequential for the future of continued peace in East Asia — home to some of the world’s largest economies and militaries — but also to averting a feared war between China and the United States.

A central question guiding so much strategic U.S. and Taiwan planning concerns the degree of probability that China will try in the coming years to use military force to take control of Taiwan. Critical to how that question is answered is how one understands the risk calculus and decision-making process of Chinese President Xi Jinping.

Unfortunately, Xi — who has consolidated Chinese Communist Party power under himself to a degree not seen since Mao Zedong and nixed presidential term limits — is one of the most secretive and opaque leaders on the world stage.

This has made deciphering Xi’s thinking particularly difficult. As the son of a former high-ranking CCP official, Xi is a so-called princeling, which has made him more confident than his immediate predecessors who rose through the party ranks, said Lai I-chung, president of the Taiwanese Prospect Foundation think tank.

Unlike former Chinese President Hu Jintao, who operated as more of a leader-manager in seeking multiple studies and risk assessments from different parts of the party apparatus before making big policy decisions, Xi is more comfortable as a leader-commander, issuing orders without first soliciting extensive internal input.

That lack of internal party communication has deprived the outside world of a critical window into understanding where CCP decision-making is headed, Lai said.

At the same time, it’s clear that unification with Taiwan without going to war remains the preferred policy of the Chinese Communist Party even as military force is also an option, said Amanda Hsiao, a senior China analyst based in Taipei with the International Crisis Group.

But as Taiwanese public opinion in recent years and months has tilted decisively away from eventual unification with China and toward maintaining in perpetuity a version of the status quo — or even full declaratory independence — the prospects of the Taiwan people choosing to voluntarily submit to Beijing rule have grown dimmer and dimmer.

Even as Beijing probably understands this, it is still holding out hope that its growing military might and the prospect of a future U.S. administration unwilling to take risks on behalf of Taiwan will leave Taipei feeling sufficiently isolated.

“I think that there is some degree of confidence still over a future where Chinese military capabilities become so overwhelmingly large compared to Taiwan’s that there’s probably still some belief that that scenario will force Taiwan to the table, some future scenario where, you know, perhaps American commitments have waned as well,” Hsiao said. “American politics is incredibly fickle, so while there is an incredible focus right now on support for Taiwan, that could change in 12 years, in 16 years.”

Beijing has accused the United States and Taiwan of trying to change the status quo of cross-strait relations, including with the high-profile visit to Taipei last month of House Speaker Nancy Pelosi, which China retaliated against with unprecedented military drills that effectively encircled Taiwan. The exercises were viewed in Taipei as a clear threat by Beijing of its abilities to blockade Taiwan and cut off the island’s access to vital food and energy imports.

But the reality is that China for years has been gradually changing the status quo.

Beijing has used its economic, diplomatic and military position to induce foreign governments to break off diplomatic relations with Taiwan; take away Taiwan’s observer status at key United Nations agencies such as the World Health Organization; and to conduct, with increasing frequency, military incursions by air and by sea across the median line of the strait. The Taiwan government said it had counted 446 Chinese aircraft crossings into its air defense identification zone during August, a number greater than all such combined incursions for 2020.

These Chinese actions are designed, Taiwan experts say, to be not so provocative as to risk a large-scale U.S. response while also leaving Taiwan feeling psychologically isolated and weak and thus more susceptible to Chinese pressure.

“China has taken an incremental approach, a salami approach, in changing the status quo, but the response from the U.S., from Japan and from other countries to this kind of incremental change of the status quo has been too little, too late,” said Lo Chi-cheng, a lawmaker with the governing Democratic Progressive Party.

Lo, who last month met with a visiting congressional delegation led by Senate Foreign Relations East Asia subcommittee Chairman Edward J. Markey, D-Mass., said that as a result of its “gray zone” incursions into Taiwan air and maritime domains, the Chinese People’s Liberation Army has concluded the United States, which has long pressured Taiwan not to respond to such encroachments, is afraid of getting into an escalatory cycle. That means China is winning “the chicken game” it has forced Taiwan and the United States to play, he said.

One of the main points of tension between U.S. and Taiwan policymakers is over what Taiwan’s weapons acquisition strategy should be.

Should Taipei continue to focus on procuring expensive long-range weapons platforms such as F-16 fighter jets that are viewed as good for deterring Chinese gray zone incursions?

Or should the Taiwan government shift — as the Biden administration wants — to a strategy that prioritizes acquiring and deploying less expensive, shorter-range “asymmetrical” weapons that are more likely to survive the initial wave of a Chinese invasion but still able to inflict high casualty numbers on an invading force.

How one answers that question largely has to do with whether one thinks a Chinese military invasion has become a matter of when, not if, but also whether an attack is likelier to come in five years or 10 years.

“Washington thinks that PLA will attack in 2027, so Taiwan needs to prepare for war, but most Taiwanese experts don’t think the PLA will be ready to attack in 2027. They think it will happen after 2030,” said Chieh Chung, a defense analyst with the National Policy Foundation, a think tank aligned with the opposition Kuomintang party.

Some U.S. policymakers and senior military leaders think China is more likely to attack in 2027 because that will be when the U.S. Navy will have temporarily shrunk in size and capabilities due to the planned retirement of many aging vessels and their replacements will not yet have come online. And 2027 also is expected to mark the end of Xi’s third five-year term, so he may have it in mind to undertake a legacy-defining action like achieving the annexation of Taiwan, said Chieh, who previously spent years as a defense committee staffer for Taiwan’s parliament.

But most Taiwan analysts believe they have more time to get ready to meet a Chinese onslaught than the United States does because key phases of the PLA’s modernization schedule won’t be completed by 2027.

“Some of their new weapon systems like the new aircraft carrier and new amphibious landing ship, they’re actually still not yet in service, maybe they still need five, maybe seven years,” said Chieh, adding that the work disruptions caused by the COVID-19 pandemic have likely further set back Beijing’s military deployment goals.

“Taiwan and the U.S. have consensus on enhancing Taiwan’s defense capabilities and increasing Taiwan’s deterrence capability, but we do have some different views about how to do it, and we also have different views about what kind of weapon systems will help to enhance defense and deterrence capabilities,” said Lo. “Unfortunately, because of these kind of political concerns about the possible reaction from China, the U.S. is somewhat reserved in approving some of the weapon systems that Taiwan asks for.”

Annabelle Chih, a local journalist, contributed to this report.