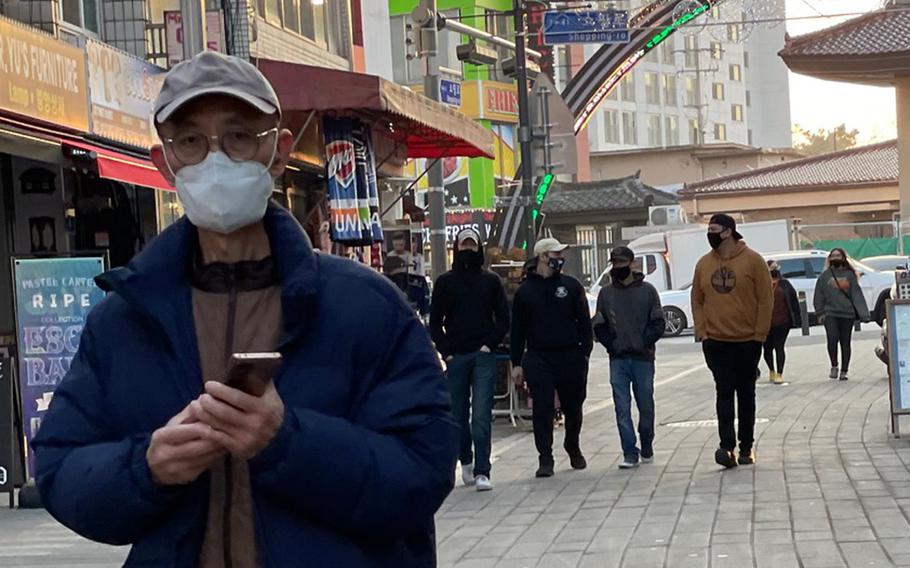 CAMP HUMPHREYS, South Korea — The U.S. military in South Korea nearly doubled its number of new COVID-19 cases over the previous week as the country itself experienced a record coronavirus surge.

U.S. Forces Korea recorded 302 new cases of the coronavirus respiratory disease between March 8 and Monday, according to a weekly update on the command’s website Tuesday. The command last reported 157 new cases the week of March 1 through 7.

USFK’s caseload grew as South Korea reached a one-day record of 400,741 new cases Tuesday, according to the Korea Disease Control and Prevention Agency’s update on Wednesday. The previous record, 383,659, was reached Saturday.

Gyeonggi, the most populous province in South Korea and the site of Camp Humphreys and Osan Air Base, accounted for most new cases, 94,809, according to the KDCA. Seoul, the capital city, reported 81,395.

USFK remains in health protection condition Bravo-plus, which indicates an elevated risk of COVID-19 spreading and includes heightened public health measures. USFK personnel are banned from the capital city of Seoul except for official duties or to visit the Dragon Hill Lodge at Yongsan Garrison.

South Korean Prime Minister Kim Boo-kyum urged calm and said the spread of the omicron variant of COVID-19 may have “reached its peak.”

“We call on the people to brace themselves up a bit more thinking this will be our last hurdle,” he said during a meeting Wednesday at the Central Disaster and Safety Countermeasure Headquarters. “We don’t have to have vague fear, and excessive overconfidence can be very dangerous.”

Those who are holding out from getting vaccinated should reconsider, Kim said.