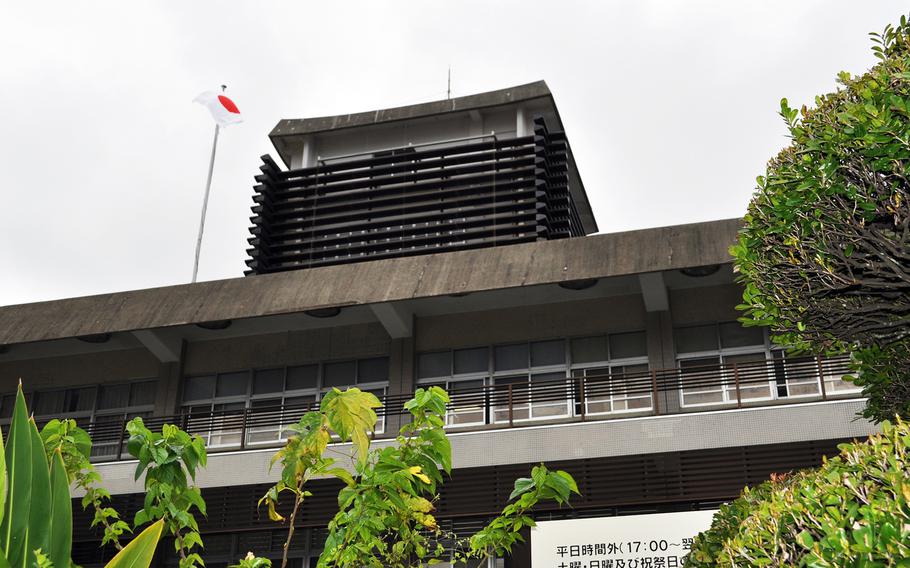 CAMP FOSTER, Okinawa — An Okinawa-based Marine was sentenced to two years in a Japanese prison Friday for attempting to smuggle cannabis products into the country and two others pleaded guilty to similar charges in an unrelated case.

Cpl. Nicholas Garner received two years in prison with hard labor and a $4,344 fine in Naha District Court, a court spokeswoman told Stars and Stripes by phone Friday. It’s customary in Japan for officials to speak to the media on condition of anonymity.

He was indicted on Nov. 25 after 2 liters, or a half-gallon, of cannabis liquid and nearly a quarter-pound of cannabis arrived at Camp Foster on June 7.

That package was sent from Nevada on May 26 by unidentified individuals, the court spokeswoman said. Garner reportedly had a small amount of cannabis flower and liquid on him when security forces arrested him June 3 at his Foster residence.

In a separate case, Cpl. Deshane Fox and Lance Cpl. Alfred Johnson pleaded guilty Thursday in district court to violating one count of the control act. Prosecutors are seeking three years imprisonment and about $4,000 in fines for both men.

Fox and Johnson were charged Nov. 9 after customs officials intercepted a package April 21 at the Camp Kinser post office with just over a quarter-pound of marijuana and about 4 ½ grams of cannabis liquid inside, the spokeswoman said. The package was sent by unnamed individuals in California.

Fox said he was facing financial hardship due to a divorce and the subsequent cut in pay. Johnson said he was trying to support his mother back in the U.S. who had lost her job due to the COVID-19 pandemic.

“I should have sought financial help,” Fox said.

Johnson said he was desperate and thought selling marijuana was his “only option.”

“I am deeply sorry for what I’ve done,” he said.

Their defense attorneys requested suspended sentences for both. They are scheduled for sentencing March 8, Judge Naoyuki Kimijima said Thursday.