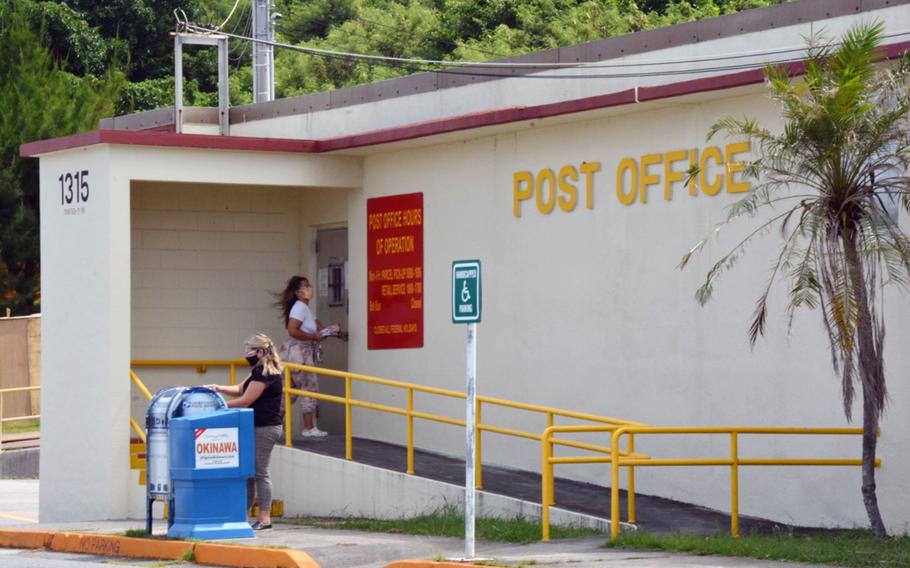 Buy Photo
The post office at Camp Kinser, Okinawa, where a soldier attempted to smuggle the drug MDMA, is seen on Wednesday, Oct. 6, 2021. (Frank Andrews/Stars and Stripes)

CAMP FOSTER, Okinawa — An Okinawa-based soldier found guilty of attempting to smuggle drugs into Japan through the mail received a three-year suspended sentence from a Japanese court on Monday.

Spc. Kenyatta Lane, 22, pleaded guilty to violating the country’s Narcotics and Psychotropics Control and Customs Law in his first appearance in Naha District Court, a spokeswoman from the Naha District Public Prosecutors Office told Stars and Stripes by phone Tuesday. The soldier works at a communications facility on the Army base Torii Station in Yomitan, she said.

Lane was accused of having 0.92 grams of powder containing MDMA, an ingredient in the drug ecstasy, sent through the mail from the United States to the Marine Corps’ Camp Kinser, the spokeswoman said.

With the help of “unidentified individuals,” Lane sent the powder through the post on March 29, the spokeswoman said. The parcel arrived at Narita International Airport on April 5 and then at Kinser’s post office, where it was detected by a customs officer four days later.

It is unclear who sent the drugs, the spokeswoman said, but Lane was the intended recipient.

An Army spokeswoman at Torii Station said Tuesday she was working to get information on Lane’s case but had not responded to questions by Wednesday afternoon.

The soldier was held under house arrest on base until he was charged Aug. 12, the prosecutors’ spokeswoman said. He was never taken into custody by Japanese police.

Lane pleaded guilty Monday and was sentenced by Judge Koji Oohashi to one year and six months in prison, which was then suspended for three years, the spokeswoman said. He likely won’t serve actual jail time unless he commits another crime in Japan.

It is not clear if Lane will appeal the judge’s decision, the spokeswoman said. He had 14 days from Monday to do so.

MDMA, or 3,4-methylenedioxy-methamphetamine, is a synthetic drug that alters mood and perception and is chemically similar to both stimulants and hallucinogens, according to a National Institute on Drug Abuse factsheet. Often referred to as molly, the drug is known for producing feelings of “increased energy, pleasure, emotional warmth, and distorted sensory and time perception.”

MDMA use can lead to a slew of health problems from depression and anxiety to liver, kidney, or heart failure and sometimes even death, the factsheet said.