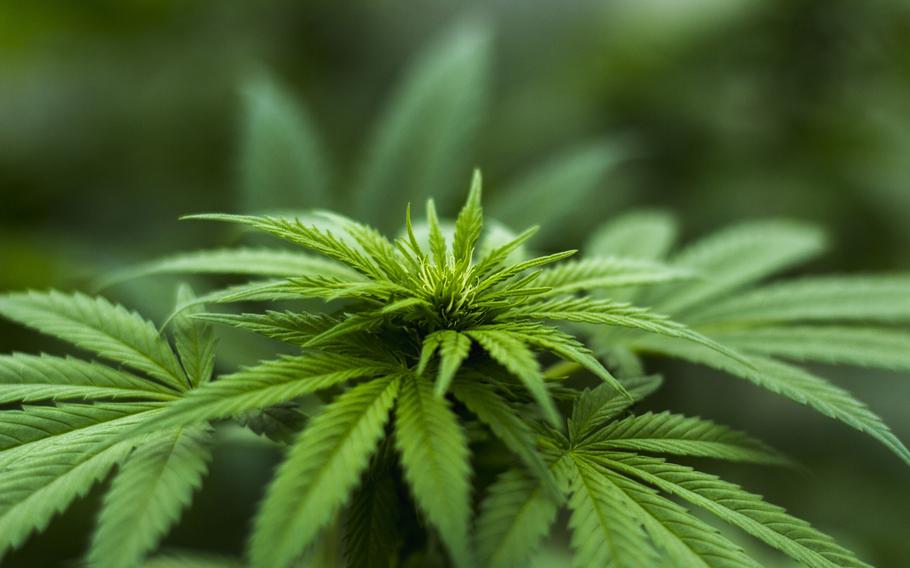 Importing cannabis for profit is punishable in Japan by up to 10 years in prison with hard labor and a fine of no more than $26,280, according to the country's Cannabis Control Act. (Pixabay)

CAMP FOSTER, Okinawa – Three Okinawa-based Marines were indicted last month in Japanese courts for allegedly attempting to smuggle cannabis into the country through the mail.

A third Marine, Cpl. Nicholas Garner, in a separate case was indicted Nov. 25 on two counts of violating the control act, the spokeswoman added Thursday.

In the case against Fox, the spokeswoman said customs officials intercepted a parcel with just over a quarter-pound of marijuana and about 4 ½ grams, less than 1/5th of an ounce, of cannabis liquid that was sent April 14 from California by unidentified individuals.

The package was intercepted April 21 when it arrived at the Camp Kinser post office, she said.

“They did not succeed in what they tried to do,” the spokeswoman said. Some government officials in Japan customarily to speak to the media on condition of anonymity.

On June 7, a package addressed to Garner that contained 2 liters, or a half-gallon, of cannabis liquid and nearly a quarter-pound of cannabis arrived at Camp Foster, the spokeswoman said. It is unclear when that parcel was intercepted and by whom.

The package was sent from Nevada on May 26 by unidentified individuals, the spokeswoman said.

Garner had a small amount of cannabis flower and liquid on him when security forces confronted him June 3 at his residence on Foster, the spokeswoman said. He was indicted on two counts of violating Japan’s Cannabis Control Act and one count of violating customs law.

All the narcotics passed through Haneda International Airport on their way to Okinawa, the spokeswoman said – Fox’s parcel on April 20 and Garner’s on June 4.

Importing cannabis for profit is punishable in Japan by up to 10 years in prison with hard labor and a fine of no more than $26,280, the act states.

Fox and Johnson are due in court Jan. 13, a Naha District Court spokeswoman said. No date is set for Garner’s first appearance.

“The Marine Corps takes all incidents and allegations involving misconduct or illegal behavior by service members, government employees and contractors seriously,” Marine Corps Installations Pacific spokeswoman 1st Lt. Ashleigh Fairow wrote in an emailed statement to Stars and Stripes on Thursday. “Not only are such incidents violations of the Uniform Code of Military Justice, they are also contrary to our core values.”

A civilian base employee, Dominique Williams, 29, was sentenced Dec. 16 to four years in prison and fined approximately $9,000 for smuggling cocaine into the country by mail, according to Naha District Court records.