North Korea confirms test of missile that could reach Guam, with bonus pictures from space 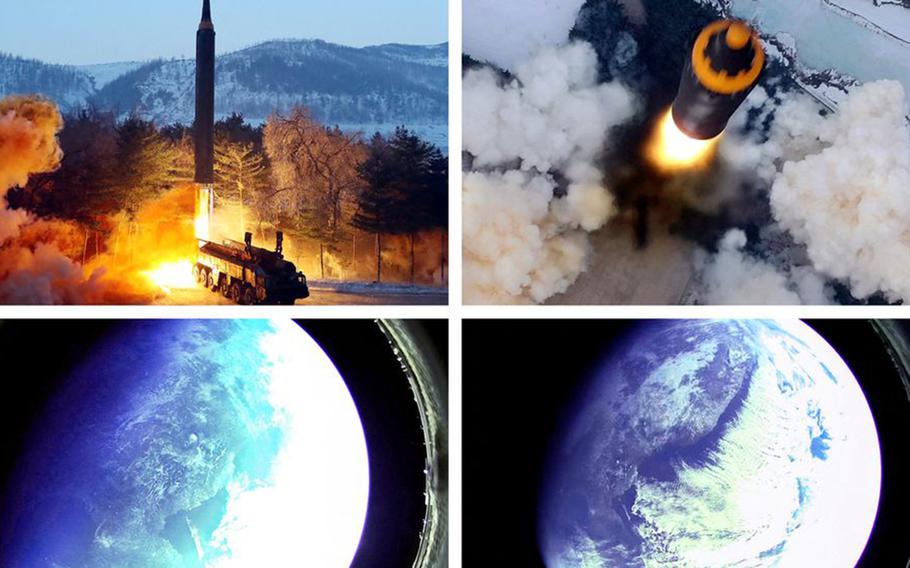 This series of photos released by the Korean Central News Agency on Monday, Jan. 31, 2022, purports to show the launch of an intermediate-range ballistic missile the previous day. It includes images reportedly taken from space with a camera mounted to the weapon. (KCNA)

The Korean Central News Agency announced the country had fired a Hwasong-12 missile on Sunday from the northwestern area of North Korea toward the eastern coast “in consideration of the security of neighboring countries.”

The Hwasong-12 is an intermediate-range ballistic missile with an estimated maximum range of 2,796 miles, more than enough distance to reach Guam, according to the Center for Strategic and International Studies. It was first unveiled – and last tested – by North Korea in 2017, the same year the communist regime tested its first intercontinental ballistic missile.

KCNA added that a camera installed on the missile took a photograph of Earth from space.

Sunday’s launch marks the seventh round of missile tests in January. The missile’s specifications make it the boldest weapon fired by the North in nearly five years, when U.S. relations with the communist regime were at a low.

The U.S. and North Korea exchanged heated remarks in 2017, when then-President Donald Trump threatened “fire and fury” against North Korean leader Kim Jong Un, while Pyongyang signaled it was developing plans to “fire at the areas around Guam” using its Hwasong-12 missiles. 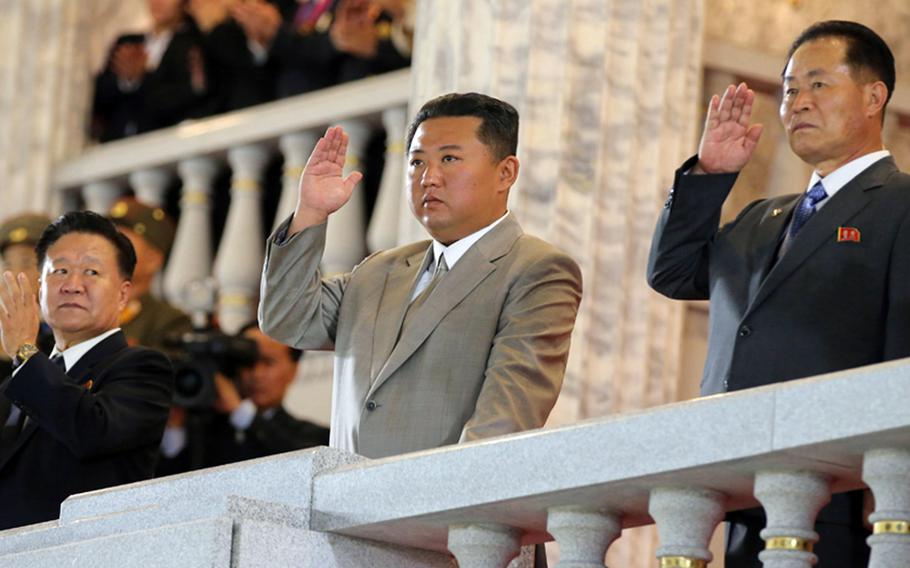 Neighboring countries confirmed North Korea had tested an intermediate-range missile on Sunday morning. South Korea’s military said it detected the launch at around 7:52 a.m. and estimated the missile flew about 500 miles at an altitude of 1,240 miles.

“In preparation for additional launches, the military maintains a readiness posture by tracking and monitoring related trends,” South Korea’s Joint Chiefs of Staff said in a statement.

Following the launch, Japan’s chief cabinet secretary, Hirokazu Matsuno, told reporters the missile was airborne for around 30 minutes before splashing down outside Japan’s exclusive economic zone.

"Such a violent ballistic missile launch violates the relevant U.N. Security Council resolution, and Japan has made a strict protest against North Korea,” Matsuno said on Sunday. “We will continue to collect information to protect the lives and property of the people.”

South Korea’s Ministry of Unification condemned the North’s latest launch and described it as “undermining the efforts” of South Korea and other countries to bring about peace on the Korean Peninsula.

“We repeatedly urge North Korea to immediately stop such actions … and come out on the path of dialogue and cooperation,” the ministry said in a statement on Sunday.

North Korea previously pledged to “keep developing powerful warheads” as a deterrent against the U.S. and its allies’ “hostile moves.”

“The practical combat performance of the long-range cruise missile system would hold a reliable share in boosting the war deterrence of the country,” KCNA said in an article Friday.