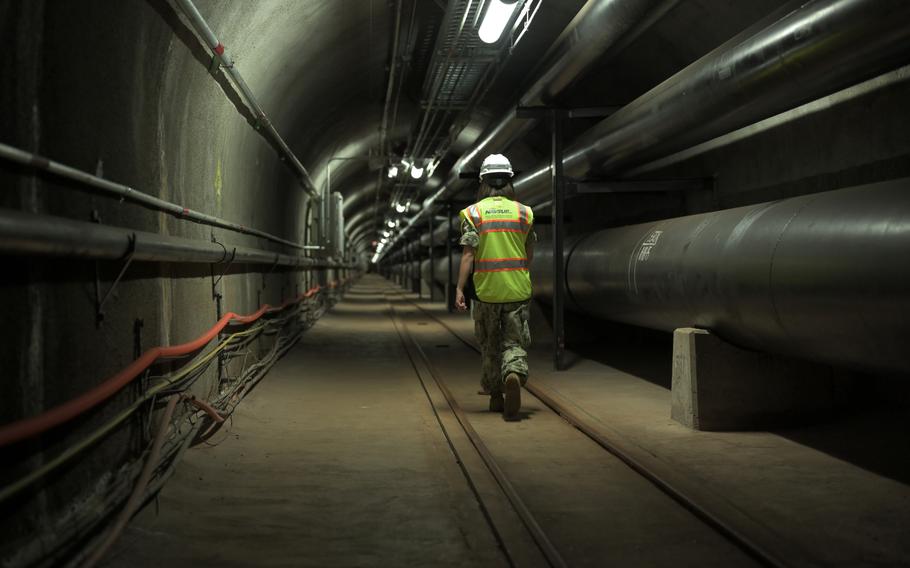 The teams began flushing the water distribution lines to the first of 19 neighborhood zones on Dec. 20 in response to fuel contamination believed to have originated from the Red Hill Bulk Fuel Storage Facility.

While all 19 zones have been flushed at least once, the Navy said in a news release that additional flushing may be required if sampling results indicate it is necessary.

Once testing confirms the distribution system meets the specified safe drinking-water criteria, homes and workplaces in each zone will be individually flushed, the release said. The Navy said it plans to make third-party validated results available "as soon as practicable."

In late November, residents on the Navy's water system began reporting a fuel or chemical odor coming from their taps and health symptoms including headaches, rashes, vomiting and diarrhea. The Navy later confirmed that one of its drinking water wells was contaminated with jet fuel, which is thought to have come from its Red Hill fuel facility.

Several thousand military families and an unknown number of nonmilitary residents have been displaced from their homes as the Navy works to clean its pipes and ensure the water is safe to drink.