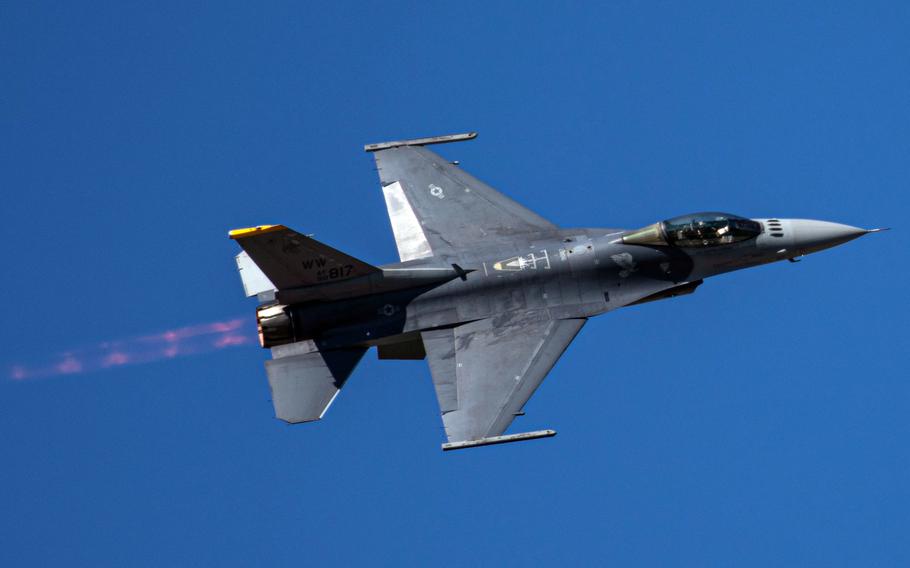 The vice chair of a South Korean governmental council says an upcoming U.S.-South Korean military exercise is “not suitable for the spirit of peace” amid the ongoing negotiations for an end-of-war declaration between the two Koreas.

The U.S. and South Korea should postpone joint drills scheduled for March “in a bid to create a peaceful atmosphere for an end-of-war declaration for the Korean Peninsula,” executive vice chairman Lee Seok-hyun of the South Korean Peaceful Unification Advisory Council said in a year-end speech Tuesday.

U.S. Forces Korea had no comment or information to offer on a March exercise. USFK spokesman Army Col. Lee Peters, in an email Wednesday to Stars and Stripes, said the command does not comment “on planned or executed combined training” as a matter of policy.

U.S. and South Korean diplomats have met several times this year to discuss a formal end to the 1950-53 Korean War.

South Korean President Moon Jae-in, whose term ends in March, has fast-tracked plans to finalize a declaration. He said earlier this month that the U.S., North Korea and China have agreed “in principle” on formally ending the war.

Lee said the joint exercise is scheduled shortly after the 2022 Beijing Winter Olympics in February and during the Paralympics and would interfere with the “spirit of peace of the U.N. truce resolution.”

The truce resolution, introduced at the U.N. General Assembly in early December by Chinese Ambassador Zhang Jun, seeks to “promote peace and human understanding” through sport. It was cosponsored by 173 of 193 member countries, including South Korea but not the United States.

The U.S., Canada, Britain and Australia have announced diplomatic boycotts of the Winter Olympics, citing human rights abuses by the Chinese Communist Party. No high-ranking officials from those countries will attend but the athletes can still compete.

In lieu of military exercises, Lee suggested South Korea and the U.S. “conduct their joint training for the prevention of epidemics” amid the ongoing COVID-19 pandemic.

The U.S. and South Korea have scaled back the annual drills since 2018. The two countries in March and August conducted roughly weeklong exercises that primarily consisted of computer simulations.

North Korea has long condemned the exercises between the two allies. Pyongyang views them as a precursor of an invasion and frequently demands for the full withdrawal of the roughly 28,500 U.S. troops in South Korea.

Lee joins a growing list of other political operatives who take issue with the military exercises. In August, over 70 South Korean lawmakers called for postponing the drills after North Korea reopened its communications lines with the South the previous month.

A RealMeter poll Aug. 6 showed that 50.4% of South Korean respondents disagreed with postponing the drills, while 45.3% agreed. The poll surveyed 500 people and had a margin of error of 4.4 percentage points.