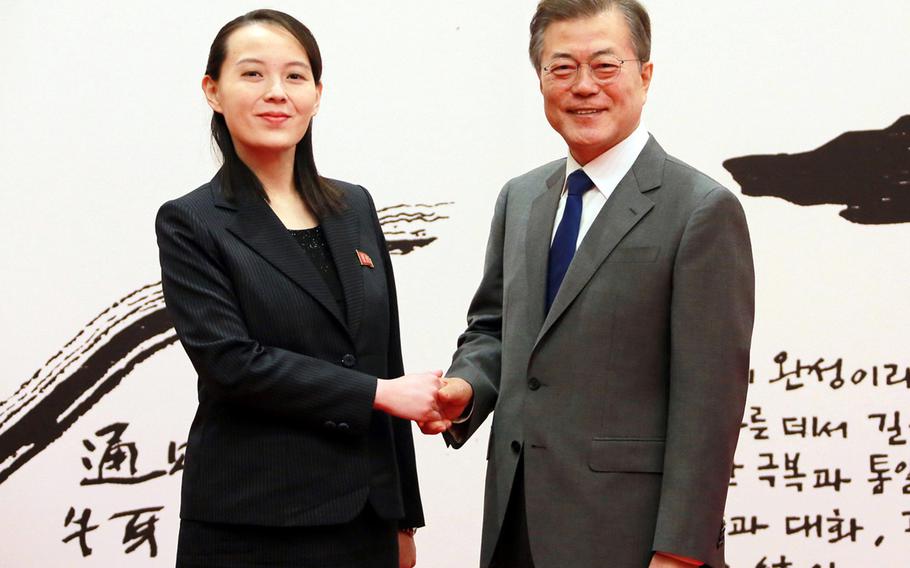 Moon suggested officially ending the 1950-53 conflict, which was suspended by an armistice, this week in a speech before the United Nations General Assembly in New York. Moon, who has advocated for the war’s end throughout his presidency, urged the armistice signatories to “come together” and put a formal end to the conflict.

Kim Yo Jong, the sister of North Korean leader Kim Jong Un and a senior official in the ruling Workers’ Party of Korea, said in a statement Friday that Moon’s suggestion was “not bad.”

Her statement, released by the state-run Korean Central News Agency, continued: “We have discussed the end of war declaration at several opportunities in the past since we have appreciated of the necessity and meaning of the [declaration], which can be the beginning of the establishment of a system to ensure peace on the Korean Peninsula.”

Kim added that her country needed “to check it first whether this is the appropriate time and whether all conditions are satisfactory to us in holding discussions like this,” noting that the proposed declaration would have “no true meaning” if the current “conflicted relationships and antagonistic relations” continued to proliferate.

The allies have technically remained at war with North Korea following the armistice agreement. Moon and Kim Jong Un initially agreed to work toward declaring an end to the Korean War during their historic summit in 2018, but diplomatic relations have chilled in the following years.

Pentagon spokesman John Kirby echoed Moon’s remarks during a press briefing Wednesday, saying the United States was “open to a discussion about an end-of-war declaration” in an effort to achieve the “complete denuclearization of the peninsula.”

Kim Yo Jong’s statement on Friday comes hours after a separate statement from North Korean Vice Foreign Minister Ri Thae Song characterized the notion of formally ending the war as a “smokescreen covering up the U.S. hostile policy.”

But bringing a formal end to the Korean War and signing a potential peace treaty would raise several questions and have lasting implications for U.S. foreign policy in the region, professor Sung-Yoon Lee of the Fletcher School at Tufts University in Massachusetts said in a phone interview with Stars and Stripes on Thursday.

“Why do we need to maintain almost 30,000 U.S. soldiers in South Korea when we have a peace treaty or even an end-of-war declaration,” Lee said. “The pressure to dismantle the U.N. Command and to withdraw the U.S. from South Korea would mount in the wake of such a development. This is no secret. North Korea has been calling for a peace treaty with the U.S.”