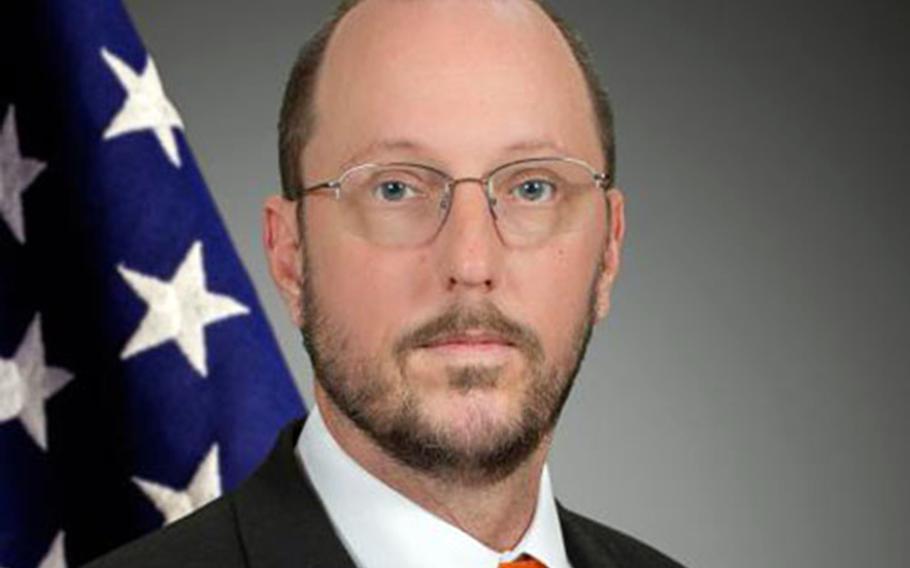 Jim Journey has served as superintendent of Department of Defense Education Activity’s schools on Okinawa and Guam since June 2019. (DODEA)

A Department of Defense Education Activity superintendent is slated to end his education career in December after more than three decades, an era that spanned 9/11, two wars, a catastrophic earthquake and tsunami and a pandemic.

Jim Journey exits on top, as superintendent of DODEA’s Pacific South District, in charge of schools on Okinawa and Guam, a position he’s held since June 2019.

As superintendent, Journey oversees 13 schools, 750 employees and 6,800 employees, according to a DODEA statement Monday announcing his retirement.

The Japan segment of Journey’s career unfolded against a backdrop of big events. Cult adherents in Tokyo unleashed sarin gas in the subway system in 1995, the 9/11 attacks occurred in New York in 2001 and the Tohoku earthquake and tsunami shook eastern Japan in 2011.

But the coronavirus pandemic, which since March 2020 has interrupted all or part of three school years, is the final challenge of his tenure. With it came dramatic changes, from wearing masks and social distancing to closing schools in favor of remote learning and putting after-school programs like athletics on pause.

“To say it was an unprecedented time for education is an understatement,” Journey said during a Zoom interview Tuesday with Stars and Stripes. “Quick-paced decision making is a part of leadership, but this was completely dependent on making sure kids in schools were healthy. Keeping calm definitely helped.”

As the son of a government employee, Journey said he attended 17 schools growing up, and he sympathizes with military children who struggle with frequent moves and constantly changing peer groups.

“Kids need to feel safe and welcome and comfortable at school,” he said. “When they do, we see they are willing to put forward their best efforts.”

As an educator, Journey dealt with funding shortfalls that temporarily sidelined sports and extracurricular activities in the 2014 and 2018 school years.

He said he never saw himself rising above the level of school principal but found the opportunity to assist teachers and administrators rewarding. DODEA will advertise for candidates to replace Journey on Sept. 21, Todd Schlitz, the district chief of staff, told Stars and Stripes via email on Monday.

Journey’s wife, Betty, a DODEA teacher and reading specialist at the newly opened Bob Hope Elementary School, is also retiring this year. They plan to relocate to their home state, Texas, to spend time with family and friends.

Journey said he hopes they find opportunities in retirement to contribute to their local communities.

“I’ve been surrounded by great support systems, and get great info from my military partners,” he said. “But I have family needs to meet, family members that are sick and parents that are getting old and I want to be a part of their lives.”