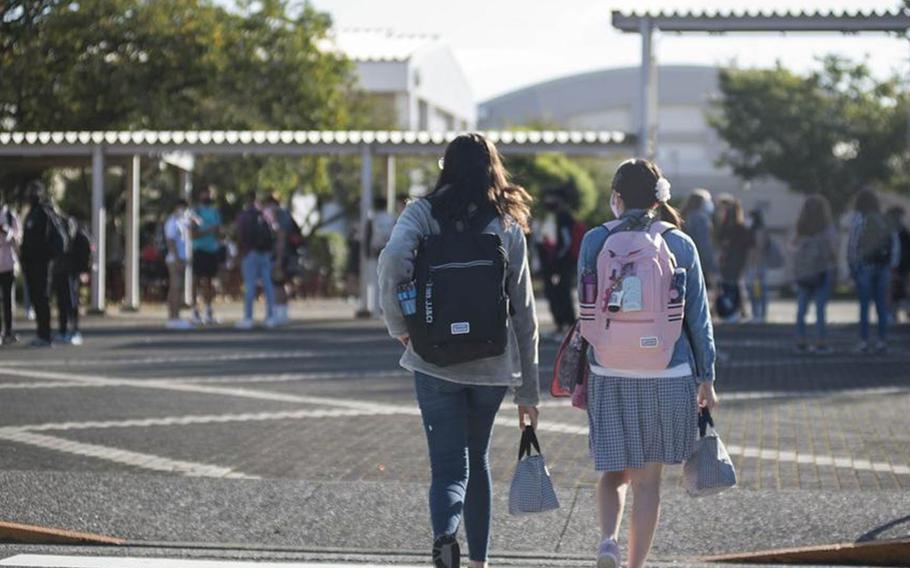 A proposed update that simplifies the dress code for service members’ children at Defense Department schools is available for parents to review.

The proposed dress code can be read here and parents and community members can email their comments here. 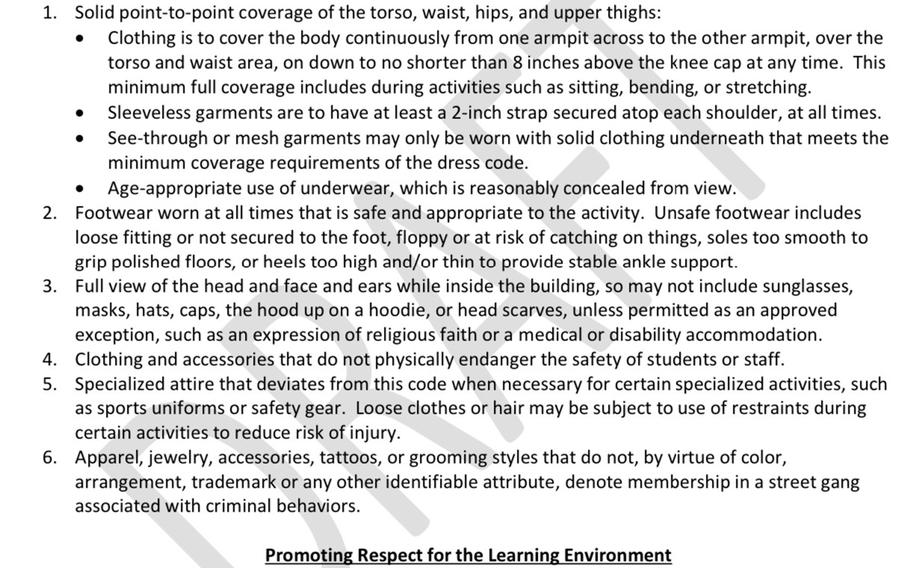 Department of Defense Education Activity is seeking feedback on a proposed dress code that would apply to its students at military bases worldwide. (DODEA)

“We really want to garner feedback from our communities for this dress code,” DODEA-Pacific chief of staff Todd Schlitz told Stars and Stripes by phone Thursday. Schlitz said he didn’t know when the new code, if approved, would take effect.

DODEA headquarters in Virginia did not respond to emails seeking further information on Wednesday and Thursday.

The updated code applies many of the same rules found in student handbooks from DODEA schools. Clothing must cover the body “continuously from one armpit across to the other armpit, over the torso and waist area, on down to no shorter than 8 inches above the kneecap at any time,” the new code reads.

Footwear must be “age appropriate,” among other attributes, and jewelry, grooming, accessories and apparel that “denote membership in a street gang associated with criminal behaviors” are also out of bounds.

Individual schools spell out similar prohibitions but lack the language specific to the proposed update. The dress code for Yokota High School in Tokyo, for example, does not specifically mention street gangs or criminal behavior.

The proposed DODEA-wide code also bans wearing sunglasses, masks, caps and the hood on a hooded sweatshirt inside the school building, the reason being the student’s head, face and ears may not be hidden obscured.

The proposed updates likewise prohibit see-through or mesh garments unless wearing appropriate clothing underneath. It stipulates a minimum 2-inch strap for sleeveless garments and no garments with discriminatory or hateful speech or imagery, or that advocate use of alcohol, cannabis and other controlled substances.

Other rules are more subjective, such as not allowing clothing that is “inappropriate to learning” or “attire not commonly found in school environments,” like costumes.

The updated code balances what DODEA defines as appropriate dress for a learning environment with individual self-expression, according to the proposal.

“Use of a dress code helps to teach the art of balancing respect for the task at hand with the right to enjoy self-expression,” it reads.

Exceptions to the dress code can be made to accommodate expression of religious beliefs, or a medical condition or disabilities, the proposed code states. Accommodations can be made for cases of financial hardship, according to the DODEA regulation that covers dress codes.

The dress code falls under the DODEA regulations on student rights and responsibilities, which is reviewed every two years.

“We continually rotate through and look at our programs and guidance and make updates,” Schlitz said.