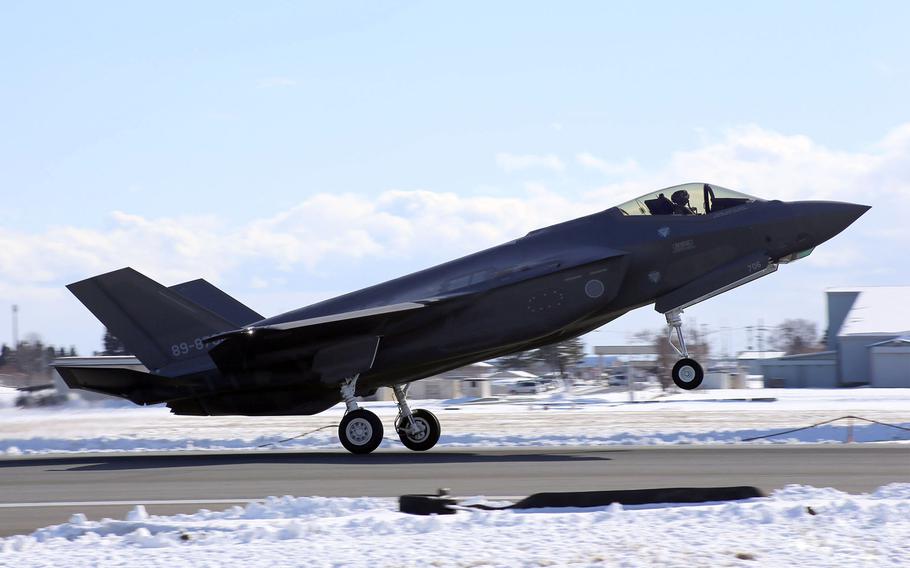 TOKYO — Japan’s Defense Ministry has requested nearly $50 billion for the coming fiscal year, a spending plan that includes upgrades to two destroyers to accommodate F-35B Lightning II stealth fighters along with another 12 F-35s and space-related projects.

Japan’s defense budget has risen each year for nine consecutive years, starting when former Prime Minister Shinzo Abe took office in 2012 for a second term. Abe expanded the role and capabilities of the Japan Self-Defense Forces, a trend his successor, Yoshihide Suga, continued with a record defense budget for fiscal 2021.

Japan faces, among many other challenges, assertive claims by China over the Senkaku Islands northeast of Taiwan that Japan administers. North Korea, which has a history of test-firing ballistic missile tests over Japan, may have restarted the reactor it uses to produce plutonium for nuclear weapons, according to the International Atomic Energy Agency.

“I recognize that the security environment surrounding Japan is very severe,” Yoshida said, without mentioning any other states, “because there are regional powers and neighbors that are willing to change the status quo.”

Japan has focused recently on building up its defense in new domains, including space, cyberspace and the electromagnetic spectrum.

For space-related projects, the ministry requested 84 billion yen, or $765 million, to acquire space situational awareness laser-detecting capability and to establish a second squadron in its Space Operations Group, which works closely with U.S. Space Command.

The B model is capable of short takeoffs and vertical landings, making it suitable for Japan’s flattop destroyers. To accommodate the aircraft, the ministry asked for 6.7 billion yen, or $61 million, to refurbish the flight decks on the JS Izumo and JS Kaga.

The budget request left blank the amount it seeks to upgrade the Self-Defense Force’s fleet of F-15 Eagle fighters. Japan announced in August that it scrapped a plan to outfit the fighters with expensive, U.S.-made anti-ship missiles. Negotiations with the U.S. over the amended project cost are still underway, ministry officials said.

The budget request did not specify the cost to realign U.S. forces in Japan, which include shifting some Marine aviation assets from Okinawa to Guam. The ministry asks 202.9 billion yen, or $1.8 billion, to support U.S. forces, which may change with further negotiations between the two countries.

The agreement that specified Japan’s share of that cost expired in March, according to the budget request.