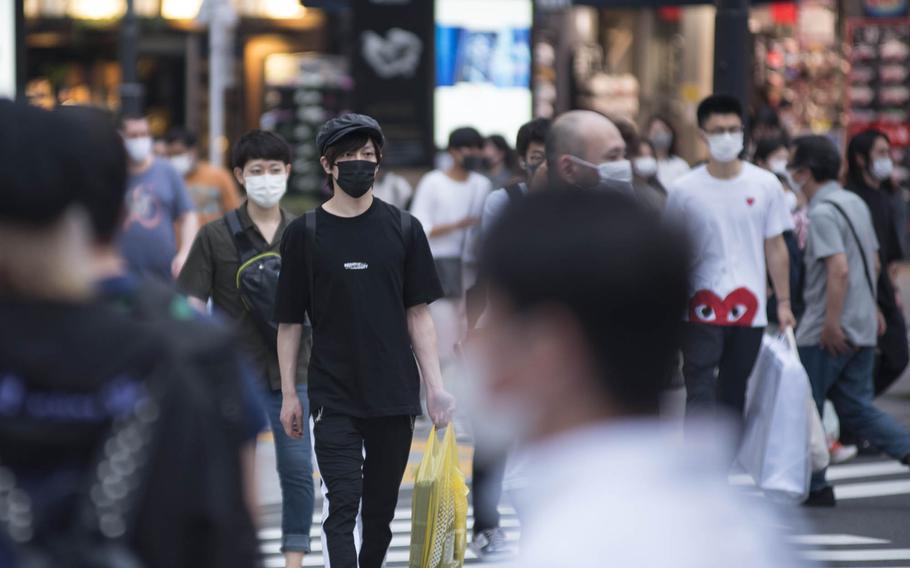 TOKYO – Japan’s capital city surpassed 1,000 new cases of the coronavirus for a third day Friday, a wave that has yet to break with the Olympic Games set to open in a week.

Tokyo reported 1,271 people newly infected with COVID-19, the coronavirus respiratory disease, according to public broadcaster NHK. Three days of new cases numbering above 1,000 are the highest the city has recorded since January, according to metropolitan government data. Thursday’s total of 1,308 people with the virus was the highest since Jan. 7.

The Tokyo Games have already made history. They are set to begin July 23, postponed by one year, in a city under a state of emergency in hopes of stemming the fourth viral surge.

Restaurants and bars are asked to refrain from serving alcohol and to close early. City residents are urged to stay home and watch the games on TV and to avoid unnecessary travel.

Spectators will be absent from Olympic venues by mutual agreement between the city, national government and the International Olympic Committee. However, IOC President Thomas Bach asked Prime Minister Yoshihide Suga to let spectators into the games should the COVID-19 situation improve, The Asahi Shimbun reported Friday.

Suga was noncommittal but an official in Suga’s office told the newspaper the suggestion is unacceptable.

U.S. military bases in Japan reported nine more cases of COVID-19 by 6 p.m. Friday, all but two at Kadena Air Base on Okinawa.

Also Friday, a spokesman said Japan’s Ministry of Defense would make an “appropriate decision” about a port call by the Royal Navy’s aircraft carrier HMS Queen Elizabeth closer to the carrier’s expected arrival. The BBC on Wednesday reported 100 cases of COVID-19 aboard ships of the U.K. carrier strike group, including the Queen Elizabeth.

He said the ministry would review the status of COVID-19 cases in the carrier group later. A date for the Queen Elizabeth port call in Japan has not been announced.

“We will do our best for a successful port visit as deployment of the U.K. carrier strike group contributes to the promotion of peace and security of the Indo-Pacific region and security of our country,” the spokesman said.

Government spokespeople in Japan typically speak to the media on condition of anonymity.

Royal Navy spokesman Cmdr. A. J. Stevens in an email Friday to Stars and Stripes said “a number” of crew had tested positive, but the carrier group’s operations are unaffected. He declined to specify the number of cases and on which vessels they occurred.

The Queen Elizabeth is on its first operational patrol for 28 weeks and is expected to make stops in a number of countries.

The U.K. carrier group had exercised with two American naval groups, the Ronald Reagan Carrier Strike Group and the Iwo Jima Amphibious Ready Group, along with ships of the Japan Maritime Self-Defense Force earlier in the week in the Indian Ocean.

Japan’s naval crews had no direct contact with sailors of the Royal Navy, the Japanese ministry spokesman said.

COVID-19 at US bases

Yokosuka Naval Base, south of Tokyo, in a news release Friday said one person had tested positive for the coronavirus respiratory disease since Tuesday. That is the sole COVID-19 patient under observation at the base, it said. That patient was not inoculated against the coronavirus, according to the release.

Marine Corps Air Station Iwakuni, south of Hiroshima, had one person test positive, according to an air station news release Friday. That individual was not associated with the U.S. women’s Olympic fencing team, which is training near the air station ahead of the coming games, according to the release.

Kadena Air Base on Okinawa, which is experiencing a rash of COVID-19 cases this month, reported another seven people had tested positive, according to a post on the base Facebook page Thursday evening. They bring Kadena’s total to 43 so far this month.

Stars and Stripes reporters Hana Kusumoto and Alex Wilson contributed to this report.