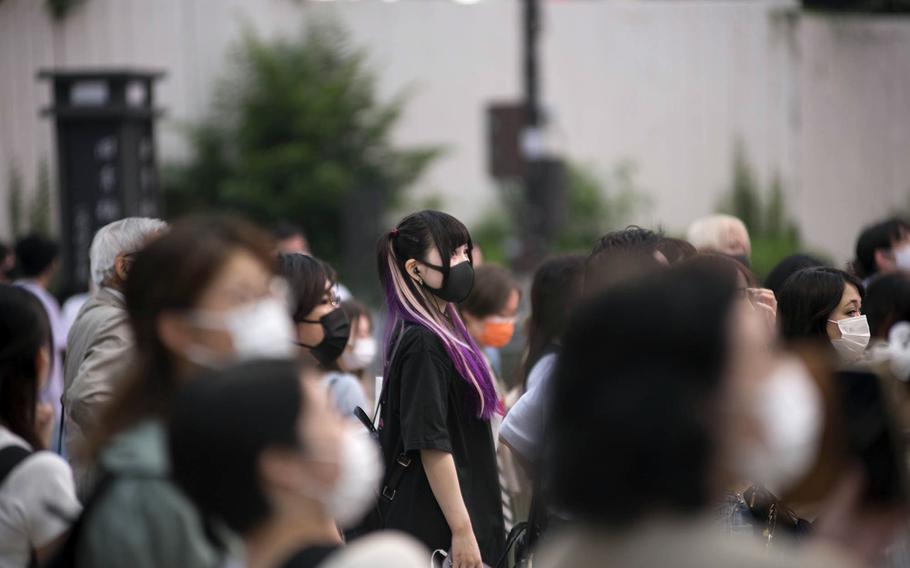 TOKYO – Japan’s capital city on Thursday reported another 1,308 people had contracted COVID-19, its highest one-day count of new patients since January, according to public broadcaster NHK and metro government data.

A fourth wave of the coronavirus respiratory disease appears to be reaching a peak just as Tokyo begins to welcome athletes from around the globe for the Olympic Games. The opening ceremony is scheduled July 23, a year late, in a stadium to be devoid of spectators, further consequences of the 1 ½-year-long pandemic.

The city during its worst phase of the pandemic reported 1,485 new cases on Jan. 21, according to metro government data. Tokyo’s single busiest day for new COVID-19 patients came Jan. 7, when it reported 2,520 new cases.

Sasebo Naval Base on Kyushu Island reported one individual tested positive Wednesday after developing symptoms, according to its Facebook page. 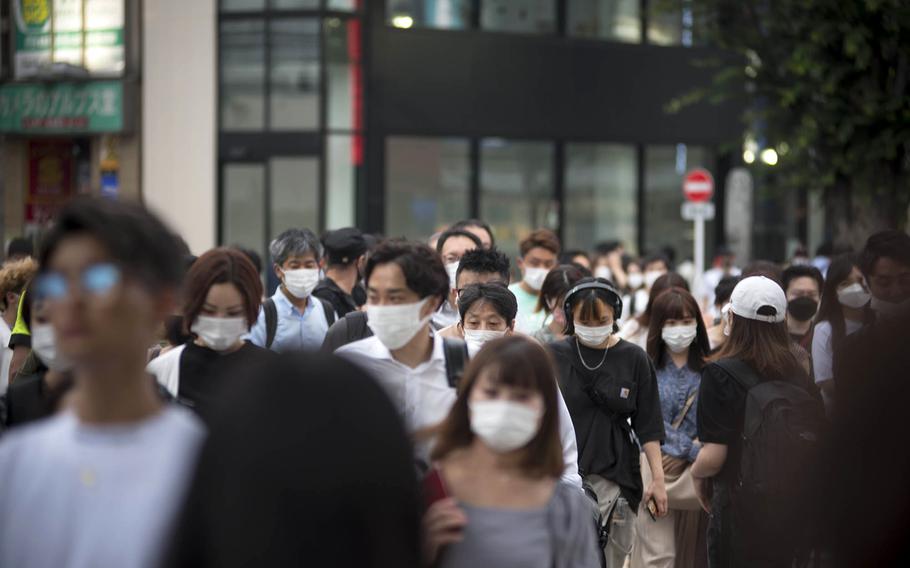 Buy Photo
During its worst phase of the pandemic, Tokyo reported 1,485 new coronavirus cases on Jan. 21, 2021, according to metro government data. (Akifumi Ishikawa/Stars and Stripes)

Nine had fallen ill before testing positive; another came up positive while still in restricted movement following travel outside Japan; the 11th individual was already quarantined after contact with a previously infected person, according to the base.

Kadena so far this month has reported 36 new coronavirus cases among people affiliated with the base, including a Chili’s restaurant employee.

Like Tokyo, Okinawa prefecture is under a state of emergency until Aug. 22 aimed at combatting the virus’ spread. Although the number of new cases in Japanese communities there are falling, the number of new U.S. military cases continues to rise, according to a Facebook post Thursday by the Joint Covid-19 Response Center at the Marine Corps’ Camp Foster.

Another 21 cases for USFK

U.S. Forces Korea, experiencing record-setting numbers of new coronavirus cases this month, had another 21 people test positive for COVID-19 between July 8 and Tuesday, according to a Thursday news release.

Contact tracing between Sunday and Tuesday discovered another eight infected service members: five at Camp Casey, two at Kunsan and one at Suwon Air Base. All had direct contact with previously infected individuals, according to the release.

The 21 were quarantined at Humphreys, Osan Air Base or a South Korean facility, USFK said.

The BBC reported late Wednesday that 100 people aboard the United Kingdom's new aircraft carrier, the HMS Queen Elizabeth, now in the Indian Ocean, had contracted the coronavirus.

The warship, which exercised with the Ronald Reagan Carrier Strike Group and Iwo Jima Amphibious Ready Group on Monday, is expected to stop in Japan on its 28-week inaugural patrol. The date for that port call has not been announced.

The BBC did not cite a source in its report but quoted an unnamed Royal Navy spokeswoman who said “a small number of crew from the Carrier Strike Group have tested positive for COVID-19.”

Those cases would have no effect on the strike group deployment, the BBC quoted her as saying. The broadcasting service said other ships in the group were affected.

The BBC quoted U.K. Defence Secretary Ben Wallace as saying all crew had received two doses of a COVID-19 vaccine and the outbreak was being managed.

The Japan Ministry of Defense had no comment Thursday. Randall Baucom, spokesman for Yokosuka Naval Base, said the base “frequently supports visits from allied nations; however, it would not be prudent for us to speculate on a hypothetical scenario.”