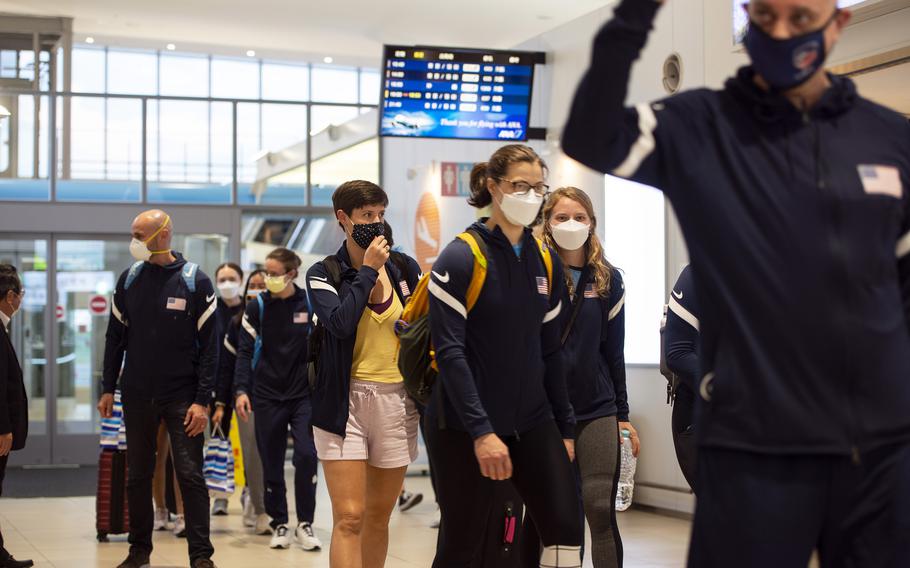 MARINE CORPS AIR STATION IWAKUNI, Japan – The U.S. women’s Olympic fencing team arrived Tuesday evening at this Marine base in Yamaguchi prefecture for training ahead of the Tokyo Games this month.

An entourage of about 14 people stepped into the lobby of Iwakuni airport, which shares a runway with the base, and were greeted by members of the media while adhering to social distancing measures.

The fencing squad joins the U.S. Olympic softball team for workouts in Iwakuni. The softball team arrived July 5 and has finished up playing exhibition games in front of a limited number of spectators.

Japan has carved out restrictions for Olympic athletes that preclude them from the usual 14-day quarantine expected of most arriving foreigners, but that also prevent them from mingling with most residents of Japan.

Iwakuni Deputy Mayor Tadashi Sugioka welcomed the fencing team in front of reporters at the airport, giving his first opening remarks in English.

“While the USA women’s softball team is already in training camp, now it’s your turn to get more than ready for the Tokyo Games and I know you’re going to give it your best performance to achieve the best results,” he said. “While you are here in Iwakuni we must follow COVID safe distancing guidelines, but we are always close to you in our hearts.”

The Olympians will stay at the Kintai Inn on the air station until Monday.

“On behalf of the city and behalf of the air station welcome to Japan, you are finally here,” he said at the press conference. “When you’re here in this city, when you’re here aboard Marine Corps Air Station Iwakuni, you’re amongst family, friends and neighbors. And I know when you go up to Tokyo to compete in the Olympics on your way to the gold medal, your adopted home of Iwakuni is going to be cheering the loudest for you!”

The fencing team will be training every day from 10 a.m. to noon until Sunday at the Lotus Culture Center Arena inside the Atago Sports Complex, a facility shared by the city and the air station, according to the Iwakuni city Sports Promotion Division.

Tickets to team practice sessions have already sold out. 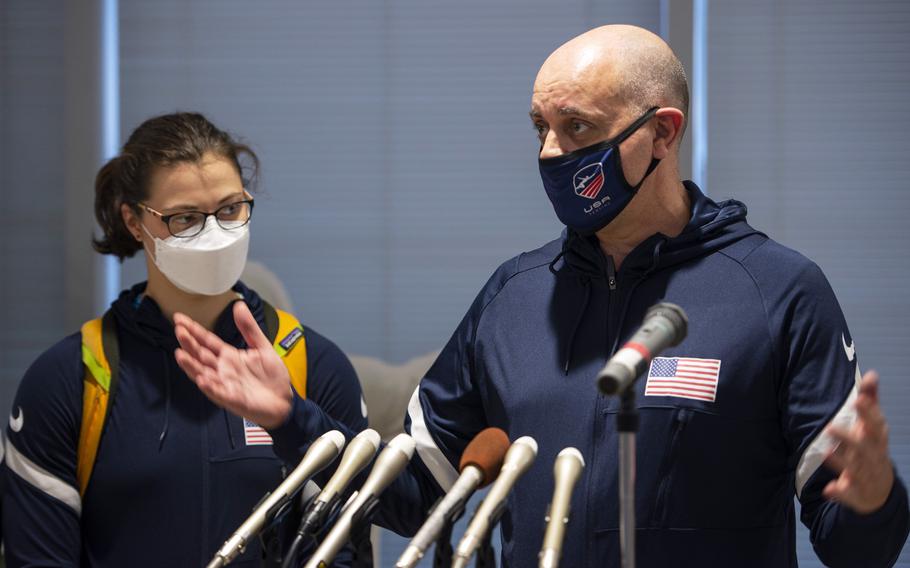 “For me, personally, this is my third visit here to Iwakuni, and the reason we keep coming back here is because of the city’s special atmosphere and the hospitality we receive here,” the team’s head coach, Andrey Geva, told reporters. “On the behalf of our team I would like to thank the people of Iwakuni and thank you for your hospitality, it makes our preparation much more enjoyable, and we are happy to be here.”

The 2020 fencing team, 24 women and men, is the largest in U.S. Olympic history to qualify for the games and boasts several medal contenders, according to NBC Sports. 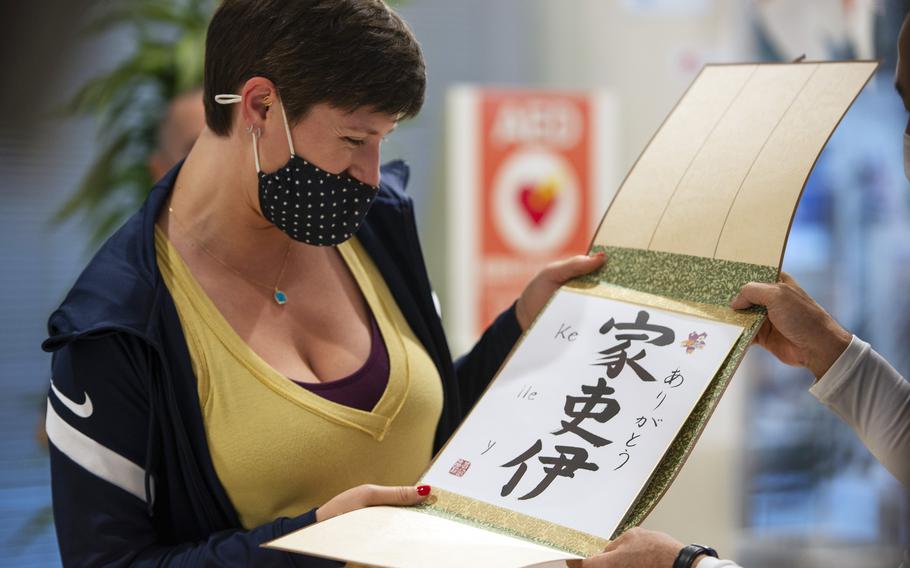 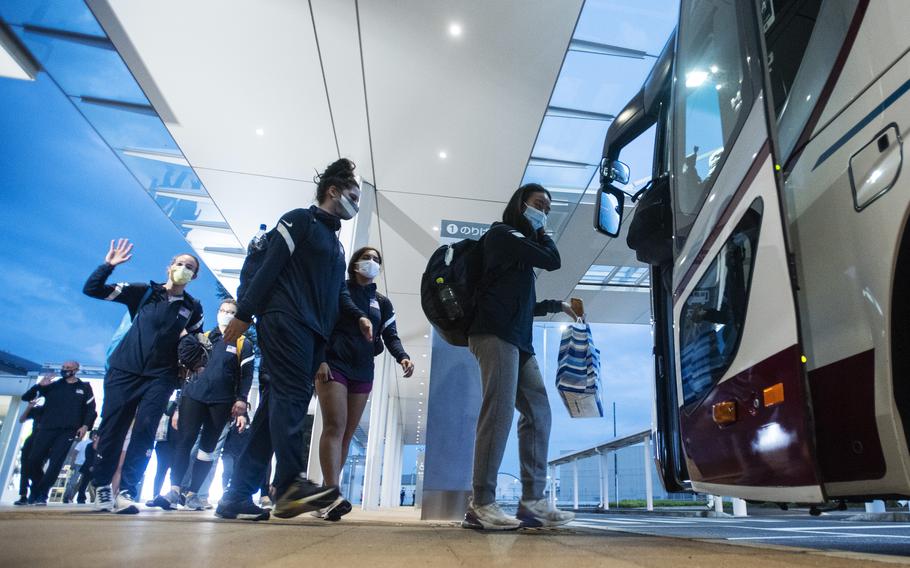 During the press event the city presented gifts with each athlete’s name written in Japanese kanji calligraphy. Epee fencer Kelley Hurley, of Houston, expressed her gratitude as she received the gifts on the team’s behalf.

Hurley’s younger sister, Courtney Hurley, also qualified for the U.S. team as an epee competitor, according to Team USA.

Though athletes and others entering Japan to take part in the Olympics are exempt from a 14-day quarantine rule, they must follow strict testing and social-distancing protocols.

“We are professional athletes and coaches, we train every day and in our training routine we do the PCR testing on a daily basis and if it’s required to do this every day we will comply with the requirements, Geva said. “This is the last phase of our preparation we want to focus on the Olympics, no touring this time but it’s fine we are here to prepare.”

The games officially begin July 23 with closing ceremonies on Aug. 8.