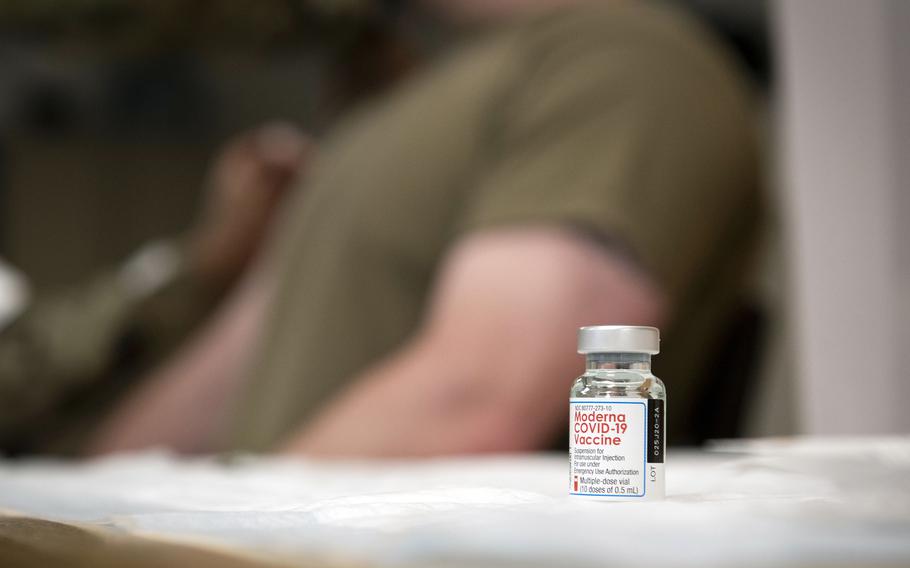 Several of Japan’s biggest municipalities, including parts of Tokyo and Osaka, have stopped taking new reservations for COVID-19 vaccinations in the latest hiccup for the country’s effort to vaccinate its people, with the Tokyo Olympics just two weeks away.

The bottlenecks in distribution are sowing confusion among vaccine seekers, complicating a vaccination campaign that has sped up rapidly in recent weeks after criticism over a slow start. They’ve prompted Japan’s vaccine czar to ask some municipalities to curtail their pace to keep up with supply.

Unlike many places around the world, Japan has an abundant supply of vaccines nationwide — as of the end of June, the country had received 100 million doses of the Pfizer Inc.-BioNTech SE vaccine, of which 44 million had been administered. Rather, the issue appears to be a misallocation of shots, with too many doses going to places where demand is low, while others run out. Vaccine minister Taro Kono said Friday some locations have been going “extremely fast” and should “optimize” their speed.

In total Japan has given 54.9 million doses, enough to cover about 22% of the population, according to Bloomberg’s vaccine tracker.

Japan’s inoculation rollout is in the spotlight as infections rise again, particularly in Tokyo, prompting the return of a state of emergency in the capital that will cover the entirety of the Olympics. The worsening picture has driven organizers to ban spectators from Olympic events held in Greater Tokyo, reversing an earlier decision to allow some fans in.

Nerima, the second most populous of central Tokyo’s borough-like wards, is getting less than half the number of doses it requested for the period from July 5 to August 1, according to a spokesman. The ward has had to suspend new reservations at the vaccination centers it runs, as well as instruct private clinics to keep new appointments to a minimum as supply wanes.

“Since we cannot foresee the specific amount of vaccine supply at the moment, we would like the government to quickly show us when and how much vaccine will be supplied,” said Yuta Okano, public relations strategist at the mayor’s office in Nerima, which is home to about 740,000 people.

To combat the asymmetry in distribution, the government said late last Friday it would prioritize shipping vaccines to municipalities that have little inventory left for its shipments in August. According to the health ministry, locations with more than six weeks of inventory will have their future shipments cut by 10%. Until recently, doses had been dispensed based on municipal requests and population.

”From now on we’ll distribute more doses to places that are ahead in vaccinations, and we’ll make the size of the shipments clear to them as early as possible,” Prime Minister Yoshihide Suga said Thursday.

The speed of vaccine administration in municipalities is now faster than the pace of supply coming through from the national government, said Osaka governor Hirofumi Yoshimura last Friday. He added that urban centers should be prioritized for faster vaccinations as the virus spreads faster in those areas.

Further complicating the task is the fact that a centralized vaccination registry system has not been updated promptly, according to reports from the Asahi Shimbun and other local media. The arcane recording system relies on individuals receiving vouchers by mail to confirm their eligibility for shots. Some places are vaccinating people without vouchers first, assuming they’ll receive them later, and these doses aren’t promptly reflected in the system.

Moderna Inc’s vaccine is also being deployed, with most of the 50 million doses set to go to inoculation campaigns through workplaces and universities. Vaccine minister Kono revealed on Tuesday that the number of Moderna shots coming into the country through end-June had been cut to less than half of an initial target, but the remaining doses will arrive by the end of September.