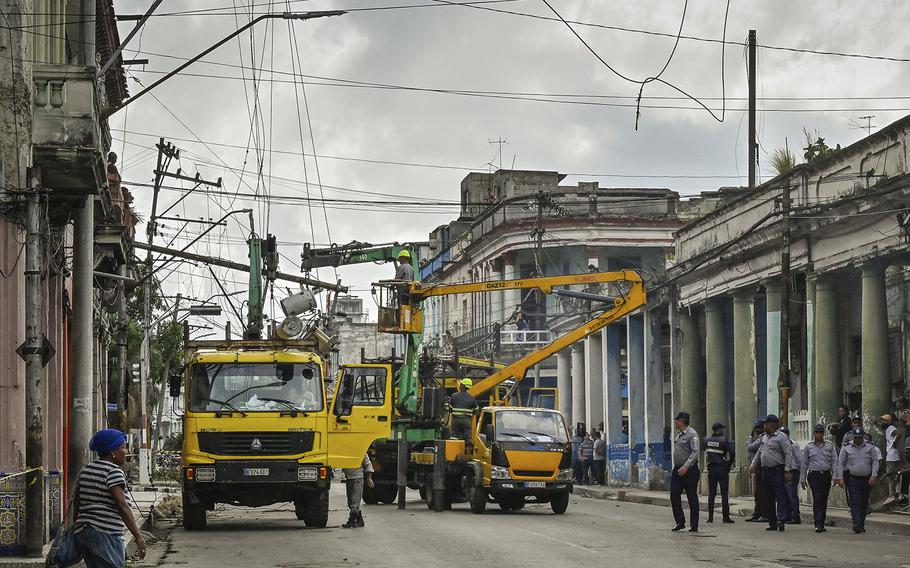 (Tribune News Service) — Cubans in several neighborhoods in Havana and other cities took to the streets on Thursday evening. They banged pots and pans, and demanded the restoration of electricity service after a failure in Cuba’s dilapidated power grid left the country in near total darkness since Tuesday.

Cuba’s Electrical Union said it had restored the service in some places, but providing power to the entire nation will take much longer, company officials said. After several hours without electricity, which for many also meant no running water, hundreds of Cubans said they had enough.

“Turn on the power,” said a group of people, mostly women, who blocked the Calzada del Cerro, a busy Havana avenue, late Thursday afternoon. With her fridge leaking water, food spoiled, and faced with mosquitoes and the heat, a woman who asked not to be identified told the Miami Herald she decided to join the protest.

After the crowd started getting attention and grew, the lights suddenly went on.

But as that protest fizzled, others started to pop up around the city.

Videos circulating on social media showed crowds protesting in Arroyo Naranjo and San Francisco de Paula, in the municipality of San Miguel del Padrón. In San Francisco de Paula, a group of people sat in the street banging pots and pans. There were reports of “cacerolazos” in other neighborhoods like Nuevo Vedado, Marianao and Boyeros, and in the city of Cárdenas, in Matanzas.

As the protests went on, images of heavy police deployment also started to circulate as well as reports of internet service disruptions. Several state media websites, including Granma and Cubadebate, could not be accessed from abroad.