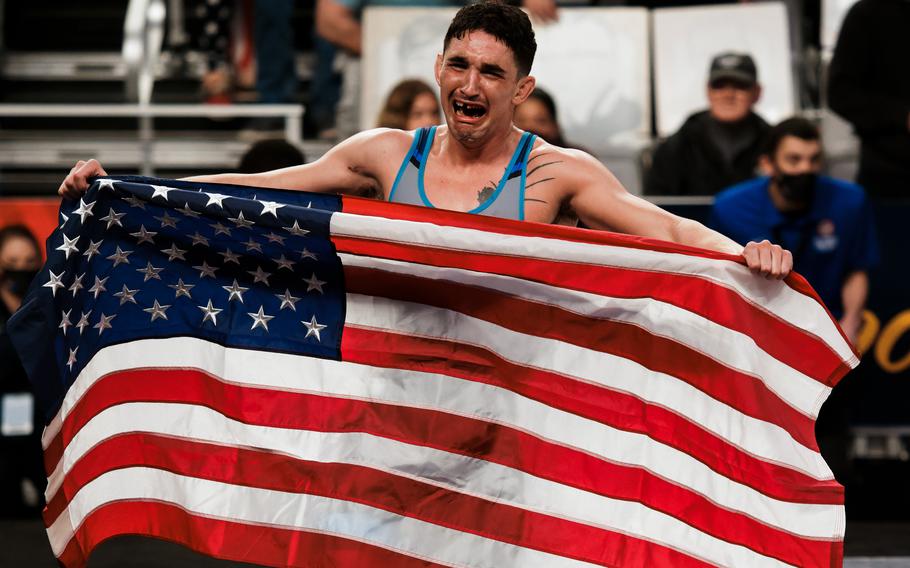 It was 2008, Pardo heard there was a freshman JV basketball player who had excelled in judo since kindergarten and figured he would be a perfect candidate for the wrestling team.

Never in his wildest dreams did Pardo imagine that kid, the son of Cuban immigrants, would wind up as a U.S. Army specialist, heading to the Tokyo Olympics to compete as a Greco-Roman wrestler for Team USA.

“I went up to Alex, who was about 5-foot-5 at the time, and I said, ‘Have you seen our basketball team?’ Pardo recalled, chuckling. “There are guys on that team 6-5, so if you want to play on the JV for three years and not play your senior year, stay here. If you want to go win a couple state titles, come with me.”

Sancho reluctantly agreed to attend a wrestling practice. Using the judo skills that he learned at Sylvania Heights Elementary, he threw down a couple of guys on the Cobras team. Thus began his love affair with wrestling.

By his senior year, Sancho had qualified for three state tournaments and finished top four his junior and senior years. When he wasn’t wrestling for school, he was competing for clubs under coaches Humberto Miret, now the principal at Southridge High, and Nestor Varona, a former Cuban wrestler who ran a club called “Garage Boyz.”

Sancho specialized in Greco-Roman (which relies on upper body) and earned a spot in the prestigious Fargo Tournament, the pinnacle of high school freestyle and Greco Roman wrestling. The event takes place over a week in Fargo, N.D., and attracts hundreds of college scouts.

“If you finish top eight in Fargo, you are pretty much guaranteed a college scholarship, and Alex finished sixth,” said Sancho’s father, Fernando Hernandez, a finance manager at Kendall Toyota. “Nobody knew who he was. There were 100 kids in his bracket, most from places like Ohio, Pennsylvania, Minnesota, and they were like, ‘Who is this kid from Miami?’ “

Sancho accepted a scholarship at Northern Michigan University, which features an Olympic training and education program for Greco-Roman wrestlers. Sancho says he was not prepared for the culture and climate shock in Marquette, Michigan.

“When I left Miami at 18 years old, I had no idea what to expect,” said Sancho, who is now 27. “My parents kind of shipped me off and said, ‘You need to go and spread your own wings.’ I got a little duffel bag, put in a few t-shirts, a Columbia jacket, some shorts and no pants. I took no pants. When the cold hit, I definitely bought some pants and boots.”

“I had great mentors up there who taught me what I needed to do to be the best in the U.S. and the world,” he said. “I had to leave my family and friends behind, make those sacrifices and fully commit myself to the sport. If not, I wasn’t going to go anywhere.

“Friends saw my social media posts from up there and would say, ‘He’s loco, he’s crazy.’ Now, they’re all really proud of me. I wasn’t the best, most athletic kid, but I was always hard working, always had that drive since I was young. I always had the dream to become an Olympic champion.” 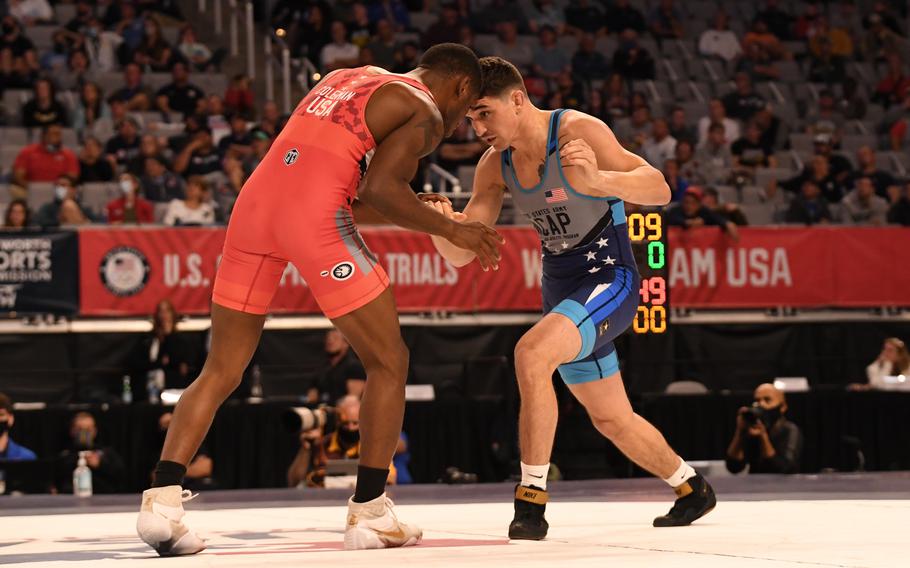 He said being a U.S. Olympian is especially meaningful because he is in the military and because his parents left Cuba seeking freedom in the United States.

His mother, Miriam Sancho Mora, arrived in Miami from Cuba at age 4 with her mother in the 1980 Mariel boatlift. She is a property manager of condos in the Dadeland area. His biological father died when he was an infant, and he was raised since age 2 by Fernando Hernandez, who emigrated from Cuba at 19 and married Sancho’s mother. Alex has a 23-year-old brother, Fernando “Nando” Hernandez.

“It means a lot to me to compete for the United States,” Sancho said. “My family is very proud of me. I am happy to represent not only the United States but the men and women who serve our country.”

Once he finished college, he wanted to pursue a law enforcement career, and felt the military was the best option. He enlisted in the Army in 2018 and joined WCAP (World Class Athlete Program).

“They told me I could be an athlete and soldier at the same time and pursue my military career,” Sancho said. “Going through basic training and IT training, I learned so much. I became a better human being, more disciplined, more hard working. All those traits I learned by becoming a soldier. That definitely transitioned to being a wrestler and allowed me to make this Olympic team.”

There are eight U.S. Olympic athletes heading to Toyko from the WCAP program, in wrestling, boxing, shooting and modern pentathlon.

Wrestling has allowed Sancho to see the world. Among the places he has competed: Russia, Croatia, Sweden, Kazakhstan, Austria, Bulgaria, Hungary, Chile, Poland. He has traveled to Cuba three times.

“It is beautiful there, the buildings, architecture, the art,” he said. “I have some family there, aunts, uncles and cousins. It was nice meeting them for the first time. It was a humbling experience. I’m glad to be in the US of A because we have so many opportunities I might not have over there.”

Cuba has a strong wrestling tradition, and one of the gold-medal favorites this summer in Sancho’s 67 kg (147 lbs) weight class is Cuban wrestler Ismael Barrero. He won gold at the 2016 Olympics in Rio and is the two-time reigning world champion.

“When the Cuban wrestlers find out I am Cuban and speak Spanish, we have long conversations,” Sancho said. “We’re friends off the mat, rivals on the mat.”

Living in Northern Michigan and Colorado, he misses Miami’s Cuban food. “There’s no empanadas, vaca frita, skirt steak, or anything like that,” he said. “There’s one Cuban restaurant in Colorado Springs I have been to, but it’s nothing like Miami.”

He qualified for the 2020 Olympics at the 2019 Pan Am Games. COVID hit in early 2020 and everything was on hold. He ruptured his right pectoral tendon while lifting weights in November. He spent four months rehabbing and won at Olympic trials April 2-3 Fort Worth, Texas.

His parents can hardly contain their excitement.

“I am so overwhelmed, I have to pinch myself to see if this is really true,” said Sancho’s mother.

“I don’t have words to express how much happiness and pride I feel,” said his father. “He is representing not only USA, but also Miami, the Cuban community, and the local wrestling and jujitsu community.”

Sancho, who is engaged to be married to Shae Buasri, leaves Tuesday for pre-Olympic camp in Atlanta and travels July 12 to Tokyo for the Olympic acclimation camp. He is scheduled to compete August 1-2.

“Nobody deserves to be an Olympian more than Alex,” Pardo said. “He has persevered. He was runner up so many times, and never gave up. Finally, he got over the hump and is the U.S. champion. No matter what he does over there, he is already a winner.”