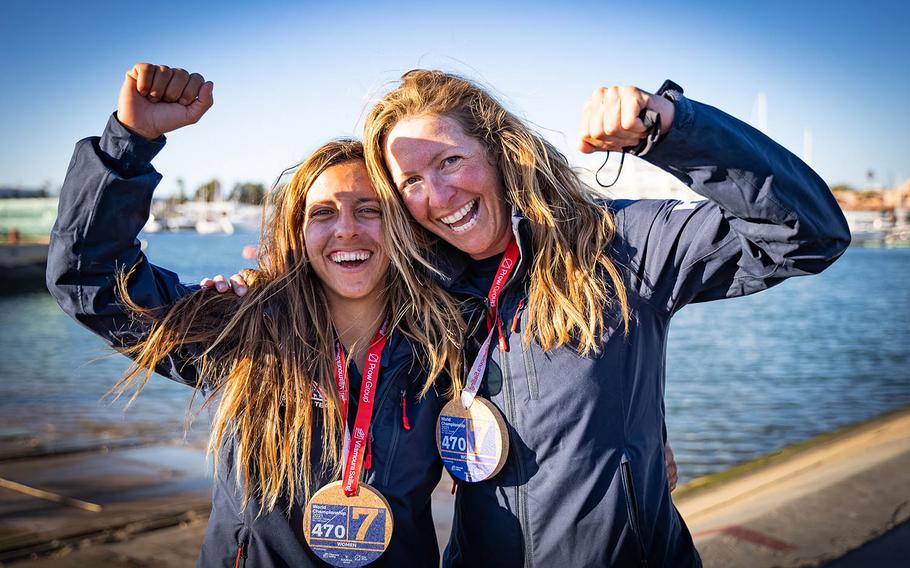 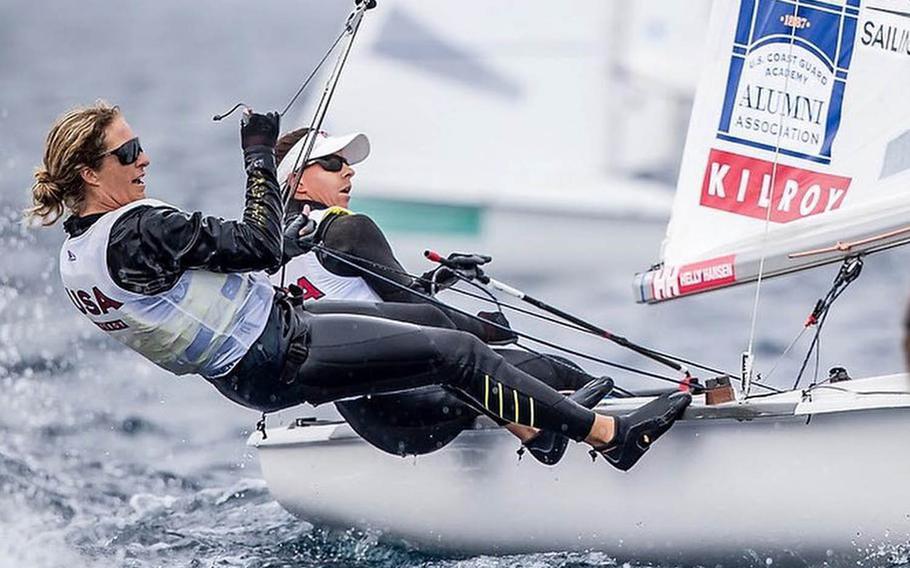 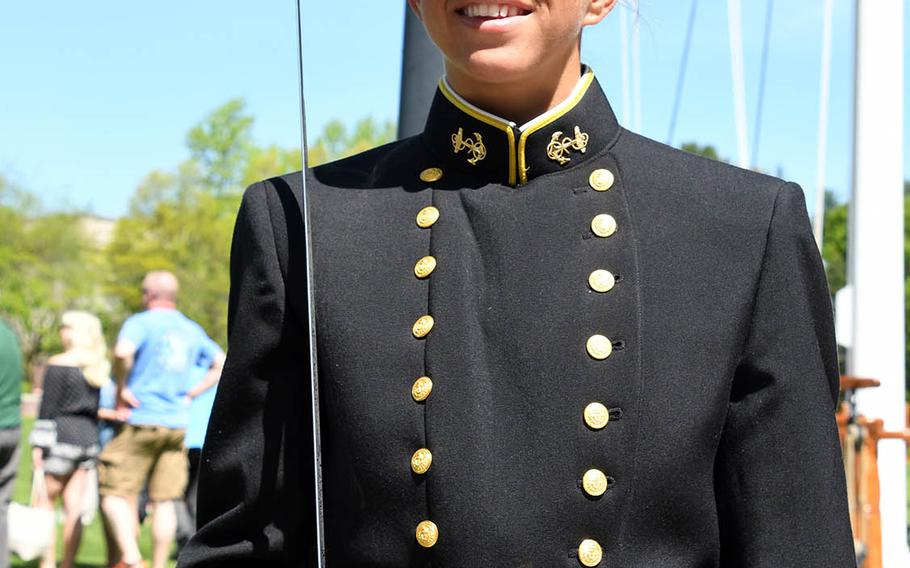 Nikki Barnes, who, with teammate Lara Dallman-Weiss, has qualified to race in Women's 470 sailing at the Tokyo Olympics, is a commissioned officer in the U.S. Coast Guard. (Dean Barnes)

A member of the Coast Guard is chasing Olympic sailing glory in Japan, 230 years after the U.S. Revenue Marine began hunting smugglers in wind-powered, wooden cutters.

Lt. j.g. Nikki Barnes, 27, of St. Thomas in the U.S. Virgin Islands, became the first Coast Guardsman to make an Olympic team in any sport when she and crewmate Lara Dallman-Weiss, 32, of Shoreview, Minn., qualified last month at the 470 World Championship Regatta in Vilamoura, Portugal.

Today’s steel-hulled, diesel-powered Coast Guard cutters carry out an array of missions, from drug interdiction to search and rescue. But the service, which began as the Revenue Marine in 1790, hasn’t forgotten its sailing-era roots.

The Coast Guard cutter Eagle, a training vessel for future officers, is one of only two active commissioned sailing vessels in the U.S. military today, along with the world’s oldest commissioned naval vessel, the frigate USS Constitution.

“Sailing has helped my Coast Guard career and serving in the Coast Guard has helped my sailing,” Barnes said during a telephone interview Monday that included Dallman-Weiss from Portugal, where they’re preparing for the 470 Open European Championship, April 30-May 7.

Coast Guard service and sailing require determination when the going gets tough, problem-solving skills and the ability to adjust to changing conditions, she said.

Dallman-Weiss also has a military connection. Her late grandfather, Col. Howard Dallman, flew B-17 bombers over Italy in World War II and survived being shot down and held as a prisoner of war. He flew a C-130 Hercules with the 345th Tactical Airlift Squadron in the Vietnam War and received the Air Force Cross for gallantry during the siege of Khe Sanh in February 1968.

Japan’s Olympic sailing venue is at Enoshima, a small island linked by a bridge to the coast in Kanagawa prefecture, south of Tokyo. Races are scheduled in nearby Sagami Bay, where Mount Fuji can be spotted looming over the waves on clear days.

The area isn’t far from Yokosuka Naval Base, home of the U.S. 7th Fleet, also in Kanagawa. Enoshima is only about an 80-minute drive from Yokota Air Base in western Tokyo, which is home to U.S. Coast Guard Activities Far East. Its mission includes ship inspections, environmental stewardship and port security.

Barnes and Dallman-Weiss said they are eager to meet service members while they’re in Japan.

Coast Guard members in Tokyo will be watching Barnes closely and “rooting for her all the way,” said Lt. Cmdr. Brierley Ostrander, 43, an international port security liaison officer based in the Japanese capital.

“The Coast Guard is a small service, so it’s extremely special to see one of our own rise to this level of athletic accomplishment,” she said.

The Olympics, which begin in late July, will be the second time Barnes and Dallman-Weiss have been in Japan. They spent 50 days sailing out of Enoshima in 2019 in preparation for last year’s postponed games.

“Whenever a typhoon was coming, we had incredible wind and waves,” Barnes said. “We only had a couple of days when we couldn’t sail.”

The two-person dingy that the pair races in is 15 ½ feet long. In 35-knot wind, they’ve gone as fast as 21 mph, Dallman-Weiss said.

“We are on the edge at that speed,” she said.

At sea, Barnes steers and plots strategy while Dallman-Weiss trims the sail, watches for wind and uses her body weight to move the craft over waves.

“People say, ‘Oh you are going sailing, where is the wine and cheese?’ Dallman-Weiss said.

But the sport is very physical; the pair have personal trainers and hit the gym to build muscle for competition, she said.

They hope to race among a fleet of 21 boats for the gold medal on Aug. 4. Auspiciously, that’s Coast Guard Day in the United States, which celebrates the founding of the Revenue Marine on that date in 1790.