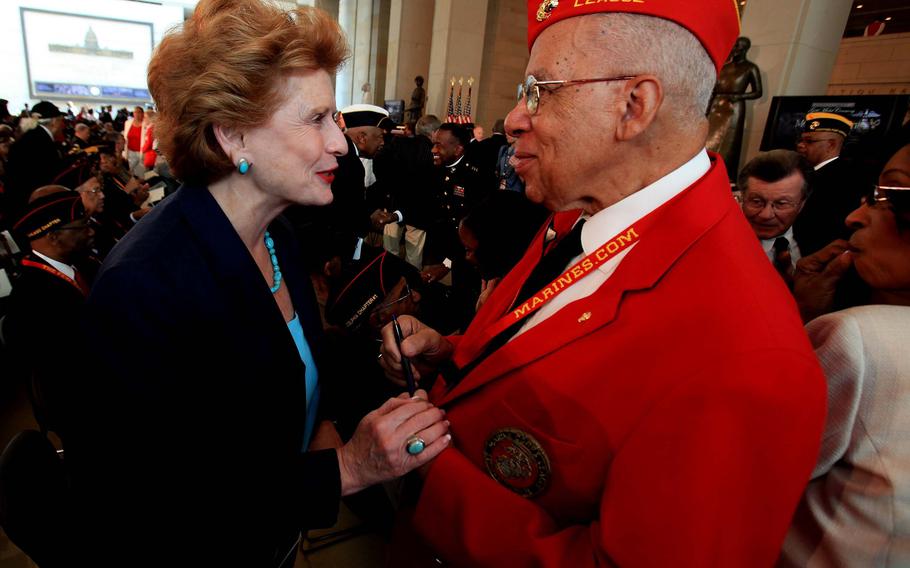 "The Montford Point Marines were warriors, they fought not only home but abroad during hard times," said Marine Brig. Gen. Brian Cavanaugh in a ceremony in 2012.

Shepherd participated in operations against enemy forces in Guam from July 21-Aug. 10, 1944, and was honorably discharged.

He remained active in the Montford Point Detachment No. 158 Marine Corps League in Detroit, the Veterans of Foreign Wars Post 2645 in Southfield, and was a past president of the Michigan National Guard 1279th Alumni Association.

After his service, Shepherd worked as a handyman and a chemical technician for 31 years.

The U.S. Congress under President Barack Obama in 2012 administered Congressional Medals of Honor to all Montford Point Marines for their service, which was often overlooked in their time. Shepherd was one of these Marines who received a medal in 2012.

Funeral services for Shepherd will be held at 11 a.m. Wednesday at the Chapel of the Chimes Funeral Home in Westland. Burial will take place Friday at the Great Lakes National Cemetery in Holly, Mich.