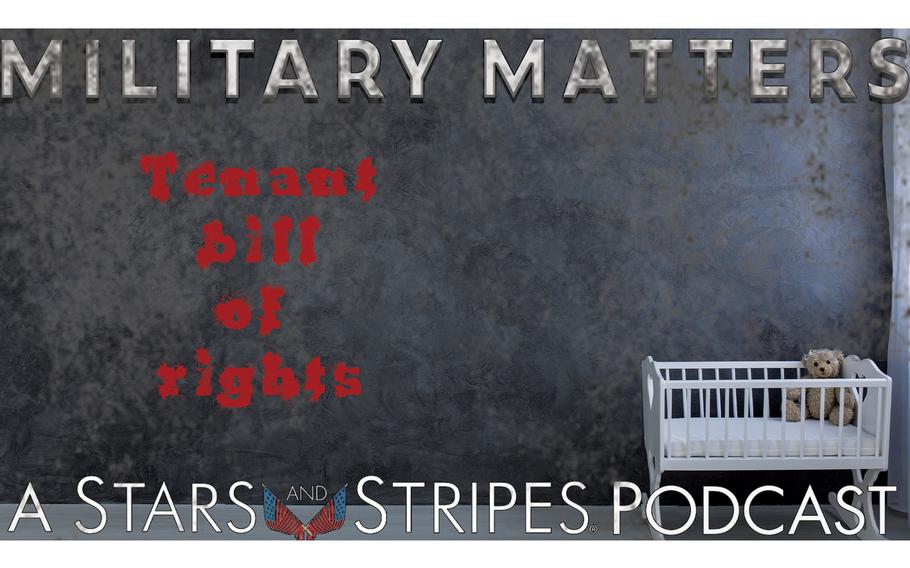 Before that episode drops, take another listen to this ICYMI episode from Season 3, which examines the tenant bill of rights. Co-hosts Rod Rodriguez and Jack Murphy discuss the issues with two military spouses: Sarah Kline, who works with the Military Housing Advocacy Network, and Leigh Tuttle, the wife of a U.S. Army Special Forces soldier who has seen up close how corners can get cut with something as simple as replacing a carpet.

Also listen to part one of this episode here.