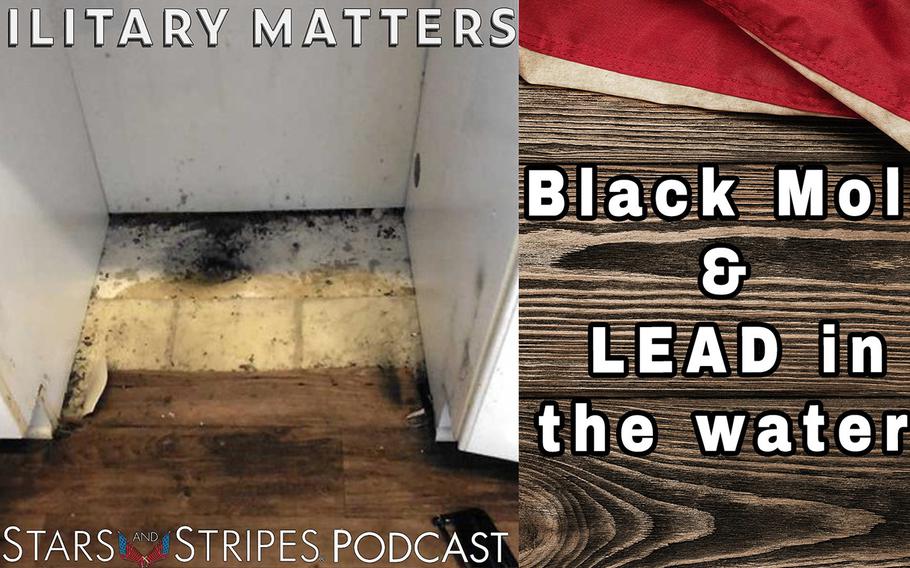 Mold. Lead in the water. The collection of complications and obstacles in seeking resolutions. The problems in military housing hit home for far too many service members and their families.

In this week's episode of Military Matters, co-host Jack Murphy speaks with Rachel Christian, who became an advocate after her own military housing nightmare, and Rob Metro, a lawyer who represents a number of families who are litigating for damages against the private companies that manage the housing.

Christian, who lived at Fort Polk from 2015-2017, tells a story about how she put a bowl of fruit on her counter one day.

"Within 12 hours, this bowl of fruit was just covered in mold as if it had been sitting out for months," she said. "It turns out that the vent in my kitchen, which is where a majority of my leak was coming from, was absolutely covered and deteriorated with mold. ... I actually cut around the paint and opened the air vent to see inside. And it was horrific."

With her children sick and no relief in sight from management, Christian had to move.

For Metro, one of the striking issues is the loophole the private companies try to jump through when they face complaints and lawsuits.

When asked at a recent hearing if they comply with local and state laws, two of the companies that manage housing said they do. But, Metro says, they argue something completely different in court when they face lawsuits — they cite the federal enclave doctrine.

"What these companies are arguing is that modern landlord tenant laws do not apply to military housing because those laws came after that land became federal territory," Metro says.

"If you take a look at the actual leases that families signed ... they specifically say in those agreements that applicable state and local laws shall apply," says Metro, pointing out that any reasonable person living on Fort Bragg, for instance, would expect that current state and local laws apply.

Not so, according to the landlords' argument.

"They're circling back and saying no ... the applicable state law is the law as it existed in 1940," Metro says.

And that is a problem.