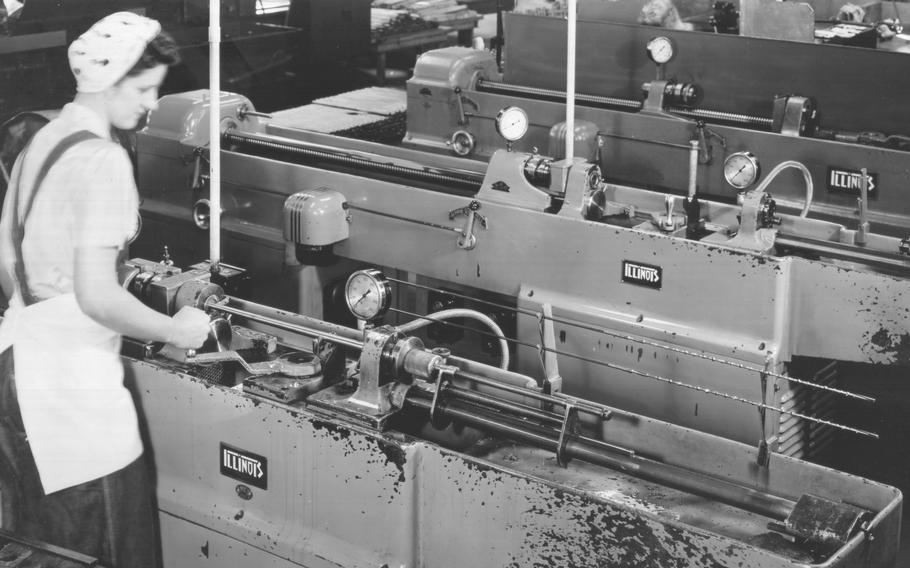 Many women worked in manufacturing at Rock Island Arsenal in Illinois during World War I and World War II. (Photo courtesy of the Army Sustainment Command)

WASHINGTON — A new memorial honoring the contributions of women who helped keep the U.S. economically and socially afloat during World War II is set to be built in the nation’s capital.

The monument will commemorate the estimated 18 million women who took over jobs traditionally held by men and worked as pilots, engineers, electricians, farmers, taxi drivers, letter carriers and code breakers while mostly men fought in Europe and the Pacific during World War II.

“It’s long past time we recognize the contributions hardworking women made during World War II — they rolled up their sleeves and took whatever job was necessary to keep the country they loved moving forward,” said Sen. Tammy Duckworth, D-Ill., an Army veteran who served in the Iraq War.

The nonprofit Women Who Worked on the Home Front Foundation, founded by Norton’s constituent Raya Kenney, is raising money to fund the completion of the commemorative work, which will stand on federal land in or near Washington, D.C.

“Using media and social media as well as guided tours and podcasts the Memorial to the Women on the Home Front will explore not only the jobs these women took and the contributions they made but will increase focus on their lives and ours once the war concluded,” the group states on its website.

The foundation also plans to capture live interviews of women who stepped into the workforce between 1941 and 1945, giving a voice to a wide range of women who contributed to the war effort through a variety of jobs.

"Rosie the Riveter is an iconic symbol of the women on the home front during World War II. Yet, many of the 'Rosies' themselves who held jobs that were not factory jobs are unaware that they are included in the Rosie the Riveter narrative; sadly then, their descendants likely don’t know either, and nor do the tens of thousands of children who come to Washington, D.C., to learn about our country’s history through memorials and museums,” the group states.

The only mention of this history on federal land is on a small plaque on the World War II Memorial on the National Mall. Other countries have built memorials dedicated to women who worked on the home front, according to the group.

“Women have largely been ignored in the memorials on federal land in the nation’s capital,” Norton said.

The memorial will seek to link the past with the present by recognizing the role “Rosies” played in expanding economic opportunities for future generations of women. The female workforce increased by 10% between 1941 and the end of World War II in 1945.

“We have a female vice president, the largest number of females in Congress, and females leading Fortune 500 companies more than we’ve ever had before. Without the women on the home front, we would not be where we are today,” according to the Women Who Worked on the Home Front.