Ruth Wilson, one of 600,000 African American ‘Rosies,’ reflects on WWII job at the Navy Yard 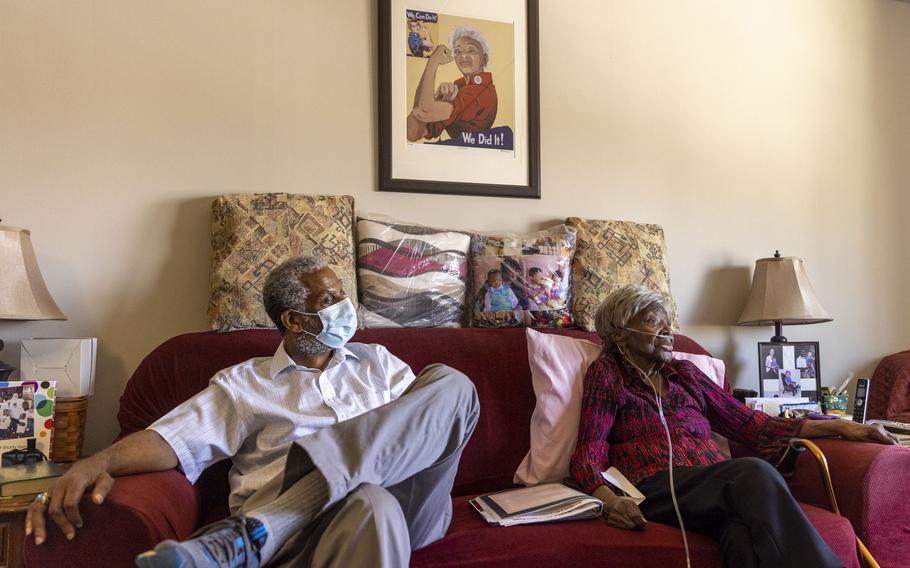 She ended up building much more. Wilson is one of 600,000 African American "Rosie the Riveters," whose contributions helped win the war and expand the Black middle class. Their efforts have long been overlooked and are the subject of a forthcoming documentary by Philadelphia native Gregory Cooke. On Wednesday, Wilson, now 99, is returning to the shipyard for the first time since WWII and since her sheet metal job ended.

Looking back, she said, the job was transformative, coming with a bigger paycheck and a new level of economic independence. "That changed my life," she said in an interview Tuesday. "I could do more things for the kids, and I never went back to housework."

But before meeting Cooke, Wilson had not thought of herself as a "Rosie," or considered that she'd done historically important work during the war.

Cooke, a former Drexel University writing instructor turned filmmaker, is on a mission to change that perception for the public. He founded the Basil and Becky Educational Foundation — named for his uncle and his mother — to spotlight Black history. And he has worked on the film “Invisible Warriors: African American Women in World War II” for over a decade. The film has been shown in select screenings so far, and Cooke plans for it to be released next year.

All the women he interviewed for the documentary "had no idea of their historical significance," Cooke said. His late mother, a typist in the U.S. Patent Office during the war, also didn't know she was a Rosie. "I think through my work, I say this with all humility, I expanded the definition of what Rosies were," Cooke said. 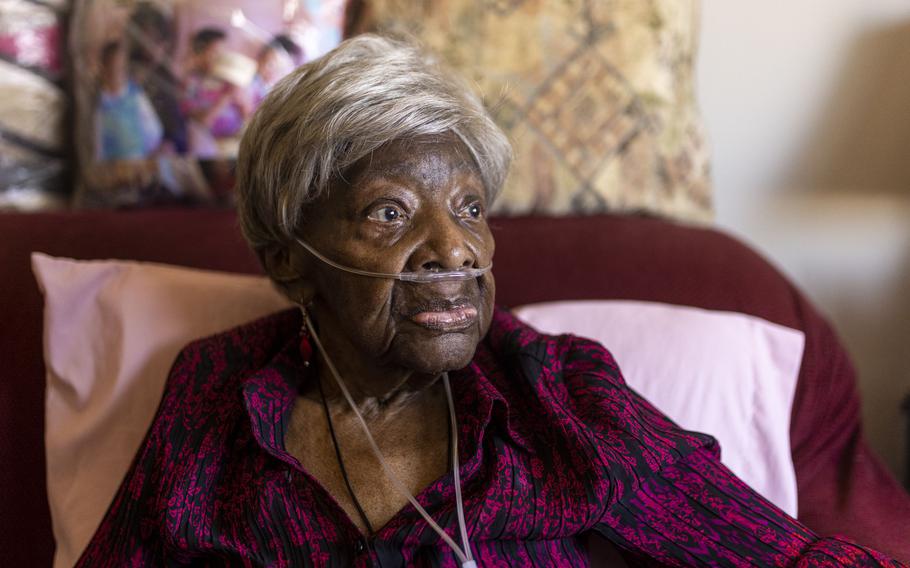 Ruth Wilson, 99, a sheet metal worker at the Navy Yard during World War II, is one of 600,000 African American "Rosie the Riveters" who helped win the war and expand the Black middle class. She is featured in a forthcoming documentary by Gregory Cooke. (TYGER WILLIAMS, The Philadelphia Inquirer/TNS)

The story he tells in “Invisible Warriors” is also one of broader economic empowerment in an era of racial segregation. Black women left behind jobs as sharecroppers and domestic workers for wartime employment, whether in heavy industry or a government office.

Rosies, together with African Americans who served in the military, "were really the launching pad for the Black middle class," Cooke said.

In his search for interview subjects, Cooke contacted senior living facilities. Wilson recalled the day she heard a manager at her apartment complex, asking over the loudspeaker for anyone who'd worked at the Navy Yard during World War II to please come down. Wilson agreed to let the manager pass her phone number to Cooke.

"I never dreamed it was going to be this big," Wilson said.

As she put it, "a lightbulb went on" when she found out Cooke had interviewed the famous civil rights activist Dorothy Height, the longtime president of the National Council of Negro Women who died in April 2010. The film also features former Camden Mayor Gwen Faison, who worked in RCA's wartime manufacturing operations and died this past July.

Wilson was born in 1922 in Maryland, and raised mostly in New Jersey, after her parents died, and she and her siblings went to live with an aunt and uncle.

She later moved to Philadelphia, where she did housework, and eventually found a job in the laundry at the Navy Yard. "They wanted me to work during my lunch hour," she said. Wilson refused, and quit — then received a letter from the government saying she was not allowed to quit because of the war.

So she went back to the Navy Yard, took a test, and was then sent to vocational school.

"I ended up going to sheet metal school," Wilson said. She graduated after about six weeks, and reported for work, helping to install bulkheads on the USS Valley Forge.

Her husband, meanwhile, was serving in the military in Europe, as Wilson worked and raised their two daughters.

Reflecting on how discrimination affected her life at the time, Wilson recalled: "My husband always said, if he hadn't had family here, he would have never come back here after the war. He said, because Europe treated them much better, over there than they did here."

The grandchildren in the family are amazed by "what she had to go through," said 80-year-old Deborah Wilson, one of Wilson's two daughters. Deborah recollected, for instance, that when her mother lived in New Jersey, she was not allowed to sit downstairs in a segregated movie theater.

Another time, Wilson was working for a family who asked her to take their two little girls to dinner. The maitre d' said the restaurant wouldn't serve her.

"We always faced it, but you know, you went along with it because you had no other recourse," Wilson said of the racism she faced. "But you didn't like it. You just had to accept it. And where you could speak out, you did."

"Young people now," she is quick to add, "are going to get their way. They're going to change the world."