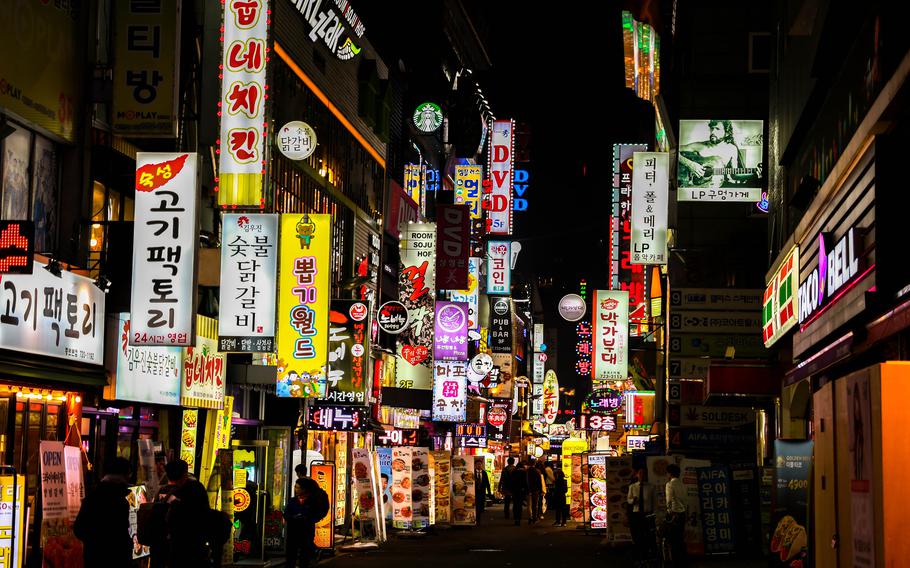 On Tuesday, a group of ambassadors to South Korea, including those from the United States, Britain and Canada, urged the government to move “urgently” to recognize the vaccinations of foreigners who were immunized abroad. Only a small set of foreigners who received special exemptions have had their vaccinations recognized, granting them a QR code that allows entry into “high-risk” spaces. (Pexels)

SEOUL — In South Korea, the small paper card issued in the United States for coronavirus vaccinations is accepted by local health officials — if the holder is a Korean national. But many foreigners with the same card have been shut out of restaurants, gyms and other facilities because the government has yet to recognize their vaccinations.

After Japan barred foreigners from entering the country in response to the new omicron variant — exempting citizens and permanent residents — the U.S. Embassy in Tokyo warned on Monday of "suspected racial profiling incidents" after it received reports of foreigners being stopped and searched by Japanese police. "Several were detained, questioned, and searched," the embassy said on Twitter.

Other countries, including the United States, slammed their borders shut to people traveling from southern Africa, where the variant was first detected, even as cases of it popped up in other regions of the world, suggesting, experts say, that travel bans were too little, too late.

Health and diplomatic officials, frustrated travelers and exhausted expats have criticized these policies and others that apply restrictions unevenly, prioritizing citizens over foreigners, as maddening and in some cases bordering on xenophobic.

On Tuesday, a group of ambassadors to South Korea, including those from the United States, Britain and Canada, urged the government to move "urgently" to recognize the vaccinations of foreigners who were immunized abroad. Only a small set of foreigners who received special exemptions have had their vaccinations recognized, granting them a QR code that allows entry into "high-risk" spaces.

The U.S. Embassy in Seoul has called the policy "discriminatory," adding that it "brings undue hardship" to U.S. citizens vaccinated outside South Korea. Simon Smith, the British ambassador to South Korea, said last month that the policy was "unequal," urging the government to put forth a plan that did not "discriminate" against foreigners.

A spokesman for the Korea Disease Control and Prevention Agency, Choi Seung-ho, told The Washington Post on Tuesday that the agency would have a process for foreign vaccine registration "this week" and that foreigners vaccinated abroad would then be eligible for booster shots.

But for some, the vaccine policy echoed prior pandemic rules that were similarly criticized as discriminatory. In March, mandated testing for all foreign workers was halted after diplomats and the National Human Rights Commission of Korea urged the government to stop the measure.

In Singapore, more than 300,000 migrant workers, mostly men from India, Bangladesh or China, were kept in a bubble for a year and a half, confined to dormitories and allowed to leave only for work, essential errands or — once a week — special "recreation centers." Rights groups had argued that the policy was "cruel."

On Friday, Singapore began easing the restrictions, allowing up to 3,000 workers to "visit any location within the community" each day after the same limit was set for each week. Visits can last "up to 8 hours," and workers are to be tested before they leave the dormitories.

Barbara McPake, director of the Nossal Institute for Global Health at the University of Melbourne, noted that governments have had to implement "big, new bureaucratic systems in a very short period of time."

But, she said, "knee-jerk" policies that understandably prioritize a country's citizens over travelers or foreigners can often "get into pandering to xenophobic impulses, especially among the more right-wing governments around the world."

The proliferation of some of the policies by governments scrambling to protect their own citizens has shown that "national governments are not geared up for thinking globally," McPake said. "We've got national-level decision-making processes and global-level problems."

Even for Canadians trying to get home from southern Africa, a negative coronavirus test from their country of departure is no good; the Canadian government has required travelers to route through a third country, prompting some to travel to Ethiopia just to get a test.

Tedros Adhanom Ghebreyesus, director general of the World Health Organization, said it was "dismaying" that Canada was not accepting negative tests from some African countries — despite Canada's acknowledgment of the scientific work done there that identified the omicron variant.

Canada issued a temporary exemption to its policy, accepting coronavirus tests from certain "accredited" laboratories in South Africa for travelers transiting through Frankfurt on flights operated by Lufthansa or Air Canada only, through Dec. 13. Canada's Foreign Ministry referred questions to the Public Health Agency of Canada, which did not immediately respond to a request for comment.

Responding to criticism of South Korea's vaccination policy, Choi, the disease agency spokesman, said the department had been toiling to develop a process that allows vaccinations from all countries instead of applying "vaccination status to a specific country, to a specific people," which he said "can be viewed as discrimination."

Jonathan Liao, an exchange student from New York attending Yonsei University in Seoul, said he had been shut out of his gym since it started requiring vaccinations last month. On Monday, a noodle restaurant refused entry to him and three friends. "Initially, I was frustrated," he said, though he said he recognizes that countries are "just trying to protect themselves."

"COVID is such a dynamic thing," he said. "Not everyone knows the right answer."