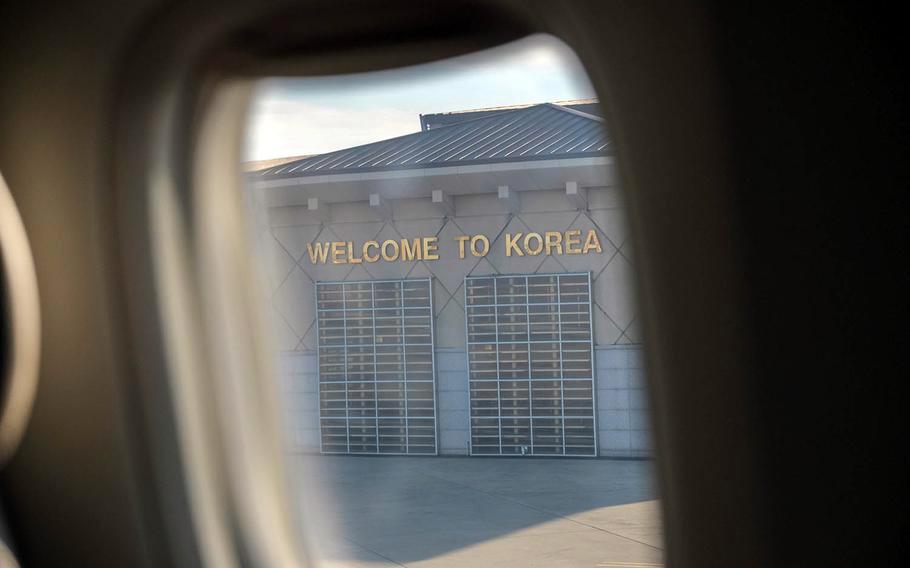 CAMP HUMPHREYS, South Korea — The U.S. military command in South Korea on Friday imposed a 10-day quarantine for inbound personnel and did away with the “working quarantine” that allowed individuals to move between their homes and workplaces.

The new policy for U.S. service members, Defense Department employees and their families, regardless of vaccination status, aligns with South Korea’s updated measures as it confronts an increase in new coronavirus cases.

The 14-day “working quarantine” that permitted new arrivals under the status of forces agreement to move between their homes or other quarantine sites and their workplaces is no longer permitted, according to a U.S. Forces Korea announcement Friday. SOFA outlines the rights and privileges of U.S. servicemembers, Defense Department civilians and their families in the host nation.

During quarantine, individuals must take a PCR, or polymerase chain reaction, test on the first and eighth or ninth day, according to USFK. Sponsors of newly arrived individuals may travel if their guest or cohabitant tests negative on the first test.

South Korea imposed a 10-day quarantine for all arrivals this week following a surge of new cases in the country. The Korea Disease and Prevention Agency reported 5,266 new cases Thursday, a record high since the pandemic began in March 2020.

In its latest update, USFK reported 36 new cases between Nov. 23 and Monday. Roughly 98% of its service members are fully vaccinated, the command said in November.

The government instead imposed additional measures Wednesday to limit the spread of COVID-19, the coronavirus respiratory disease. Private gatherings in Seoul, the capital city, will be limited to six people, down from 10, starting next week, according to a Central Disaster and Safety Countermeasures Headquarters announcement Friday.

Public businesses, such as restaurants, will also require patrons to provide proof of their vaccinations or negative PCR tests.

In November, USFK commands began issuing proof-of-vaccination documents recognized by South Korean businesses and authorities. The document is the only valid proof for individuals who cannot register their vaccinations with the South Korean government.

The document is signed and stamped by USFK command surgeon Dr. Douglas Lougee, an Army colonel, and the KDCA commissioner.