Oklahoma National Guard could deploy if called upon despite some troops declining the vaccine, state’s adjutant general says 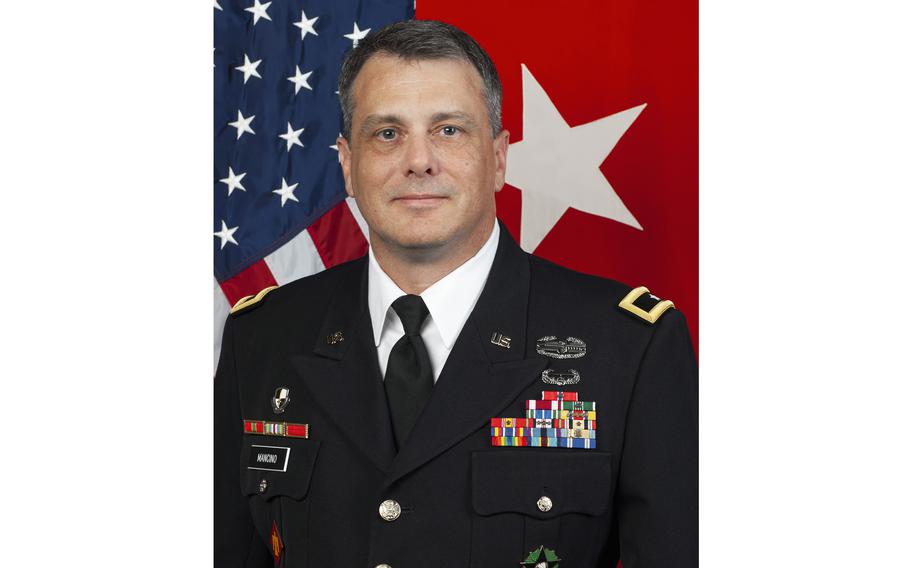 WASHINGTON — The Oklahoma National Guard will be able to deploy enough troops to federal missions despite some ignoring a Pentagon requirement that all service members must receive the coronavirus vaccine, Oklahoma Adjutant General Tommy Mancino said Wednesday.

“The Oklahoma National Guard is dedicated to ensuring that we miss no federal missions,” Mancino said. “We have several upcoming and we do not expect this issue to affect those mobilizations at all.”

Mancino issued a memo last week at the request of Gov. Kevin Stitt that announced Oklahoma would take no “negative administrative or legal action” against its Guard members who decline the vaccine, despite Defense Secretary Lloyd Austin’s August memo requiring all troops to get the shot.

But Oklahoma troops could still face consequences for declining the vaccine. Unvaccinated troops may not be considered for federal deployments and subsequently could miss out on benefits and opportunities associated with those missions, a defense official speaking on condition of anonymity told reporters Wednesday.

With about 90% of Oklahoma Guard troops reporting they have or intend to receive the vaccine, Mancino said the state should have enough forces to meet any federal requests for deployment.

“Let's take one Air Guard wing that often deploys. It is 95% or 94% vaccinated right now. The remaining unvaccinated personnel do not constitute a risk to our ability to execute our federal mission,” he said. “We may have to adjust who goes, but we will meet our federal requirements in Oklahoma.”

Still, those who go unvaccinated “will have to face consequences for that decision that are within the [Defense Department's] authorities to enact,” chief Pentagon spokesman John Kirby said Tuesday.

The defense official on Wednesday said it’s a matter of readiness, and those who are not vaccinated will not be considered ready.

The National Guard’s vaccination deadline is June 30, 2022 — the latest of all the military components. However, the Air Force and Army require Guard airmen and soldiers to comply with their Nov. 2 and Dec. 15 respective vaccination deadlines to be mobilized on federal orders..

Pentagon officials have said troops who do not get vaccinated will be separated from the service using the military’s system of laws known as the Uniformed Code of Military Justice, charging vaccine refusers with failure to follow a lawful order.

But Oklahoma Guard troops — while on state orders — are not ruled by the UCMJ, Mancino said. Instead, their actions are adjudicated under the Oklahoma Code of Military Justice.

However, if the Pentagon activated the entire Oklahoma Guard force, all those troops would be required to get vaccinated, Mancino said. Once federally mobilized, Guard members must follow the Defense Department policy and could be punished under the UCMJ.

There could be other consequences for Guard troops who decline the vaccine. While the Pentagon can’t separate a Guard member, they can deny that person access to career-dependent federal training and education, the defense official said.

Mancino said all the Pentagon would have to do is “bring us on active duty, provide the vaccine and continue to move forward and train.”

But if those troops continue to decline the shot while on federal assignments, then they could face separation. The Oklahoma National Guard will not take punitive action against those who refuse the vaccine, but Mancino said he is working to ensure troops understand they still could face consequences at the federal level.

“I'm going to see my airmen this afternoon and I'm going to tell them that there may very well be negative federal repercussions to their careers such as an inability to get promoted due to not being able to attend required schools,” he said.

Mancino said the recent confusion between state and federal authorities is understandable and he’s had “discussions many times with senior Army officials and general officers who do not understand this because they have no reason to have ever encountered it.”

“To my fellow readers of Stars and Stripes, I realize if you are not familiar with the codes [and] with the legal authorities governing the National Guard that this goes against every ethos and bone in your body, but please understand that what we are doing in Oklahoma is in accordance with the Constitution and the law under Title 32 that governs the National Guard,” he said.

Though Mancino said he’s been skewered by some media outlets for issuing the mandate, he’s “extremely proud” that he has “the opportunity to help the nation understand the Constitution and implications of Title 32 authority.”

The Pentagon said no other states have canceled vaccine mandates for Guard troops as of Wednesday, but Mancino said he wouldn’t be surprised if more follow in Oklahoma’s footsteps.

“I feel like I have acted in the best traditions of the professional military,” he said. “I believe that the command authority lies with the governors and having the opportunity to emphasize that and help educate the nation is an honor.”