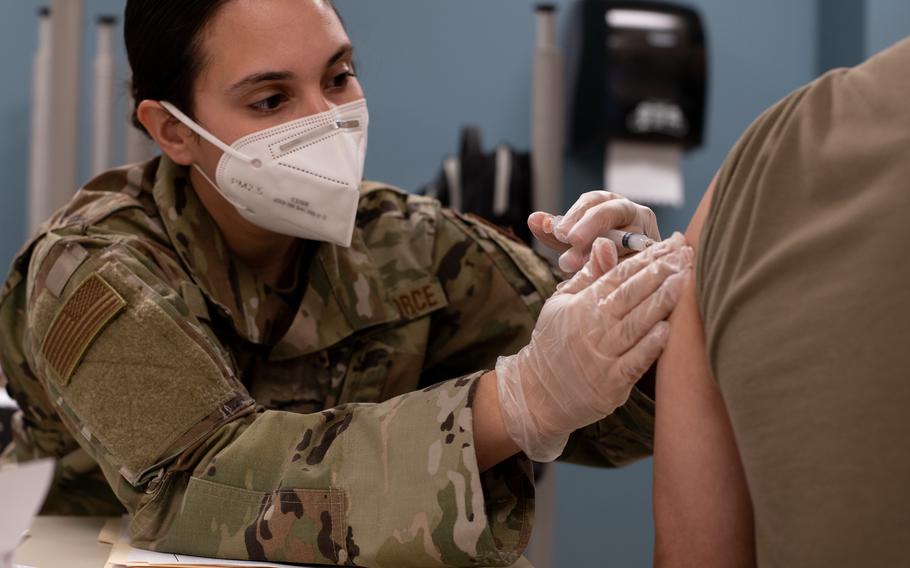 WASHINGTON – Defense Secretary Lloyd Austin has the authority to order National Guard troops to receive the coronavirus vaccine even while they are on state duty, chief Pentagon spokesman John Kirby said Monday.

Kirby’s comments follow a memo issued Thursday by newly appointed Oklahoma Adjutant General Thomas Mancino that told Oklahoma National Guard troops that they are no longer required to receive the vaccine despite a federal policy mandating the shots for all service members.

Mancino’s memo included “no negative administrative or legal action will be taken" against Guard members who decline the coronavirus vaccine, The Oklahoman reported Friday.

In August, Austin issued a Defense Department memo requiring all service members to get the vaccine or face being kicked out of the military for failing to obey a lawful order.

“These vaccines are safe and effective, and National Guardsmen are required to take them under the authorities that the secretary has, including when they're Title 32 status,” Kirby told reporters at the Pentagon, referring to the section in the U.S. Code under which Guard troops operate on state missions.

Title 10 of the U.S. Code gives the National Guard Bureau authority to issue its mandate for Guard troops activated for federal missions, while Title 32 gives individual state’s the power to issue instructions when Guard troops are operating under the state’s authority.

The National Guard’s vaccination deadline is June 30, 2022 – the latest of all the military components. However, the Air Force vaccine deadline was Nov. 2 and the Army’s deadline is Dec. 15, which is more than six months before the bureau’s deadline. Both services require Guard troops to be vaccinated to be mobilized on federal orders.

Oklahoma Gov. Kevin Stitt on Nov. 2 wrote to Austin requesting the defense secretary suspend the mandate for Oklahoma Guard members. Stitt noted in the letter that about 800 Oklahoma Guard troops – or about 10% of its force – “have not and do not plan on receiving” the shot.

Austin has received the letter but has not yet replied to Stitt, Kirby said Monday.

Kirby said the Oklahoma Guard troops are still required to receive the vaccine, though he declined to say how the Pentagon would enforce the mandate if the adjutant general continues to assert there is no vaccine requirement for Guard members in his state.

“I'm not going to speculate today about what actions we might or might not take,” he said. “Hopefully it won't come to that.”