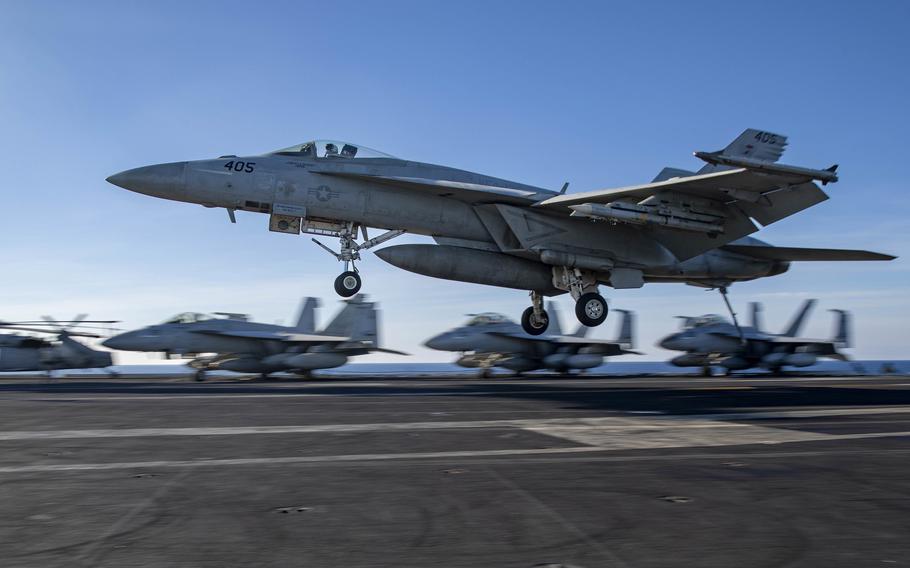 An F/A-18F Super Hornet aircraft, attached to Strike Fighter Squadron 136, lands on the flight deck of the aircraft carrier USS George H.W. Bush, Jan. 15, 2023, in the Adriatic Sea. A Super Hornet damaged by an engine fire in August should be back in action soon, after being repaired at sea, according to the Navy. (Chandler Ludke/U.S. Navy)

A Navy fighter jet seriously damaged by an engine fire during routine flight operations in the Mediterranean Sea should be back in service sooner than expected due to “first-of-its-kind” repairs at sea, according to the service.

Repairs to the F/A-18E Super Hornet assigned to the George H.W. Bush Carrier Strike Group included sections of the plane’s exterior, an engine access door, engine bay and other components damaged by a right-side engine fire in August, the Navy said in a statement on Saturday.

The replacements and repairs completed Jan. 9 mark an important milestone, according to the statement. It took 33 days to do the work once parts and repair crews were flown aboard.

Normally, the plane would have been inoperable for the remainder of the deployment and repaired after returning home, the Navy said.

On Aug. 31, the plane’s pilot used emergency procedures to put out an in-flight fire and relied on a single engine to safely land the jet on the carrier, the Navy said.

There were no injuries, the Navy said Wednesday.

An engineering inspection has been completed but the results, such as cause of the fire, haven’t been announced, the service said. A flight check of the plane should be completed this week, according to the Navy.

The George H.W. Bush deployed to the Mediterranean in August, relieving USS Harry S. Truman, which had been in the region since December 2021. 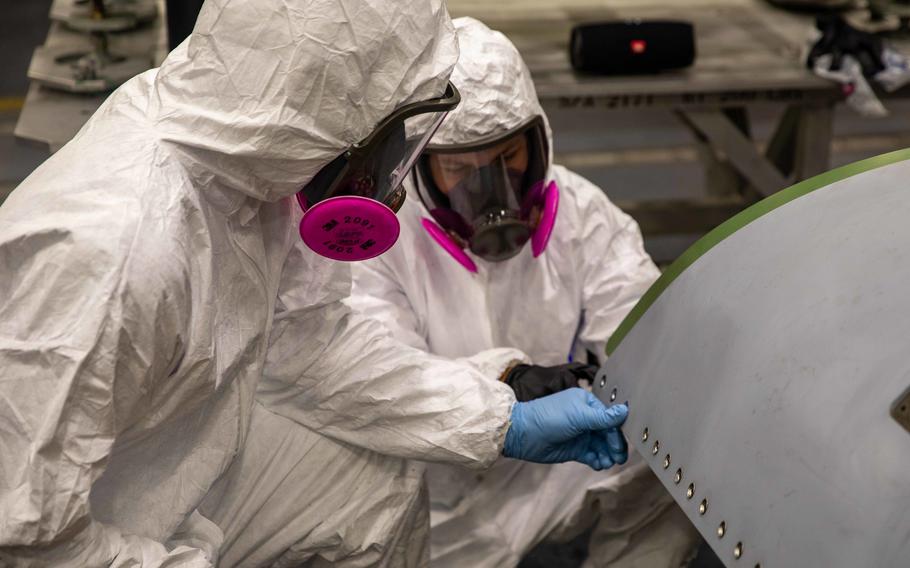