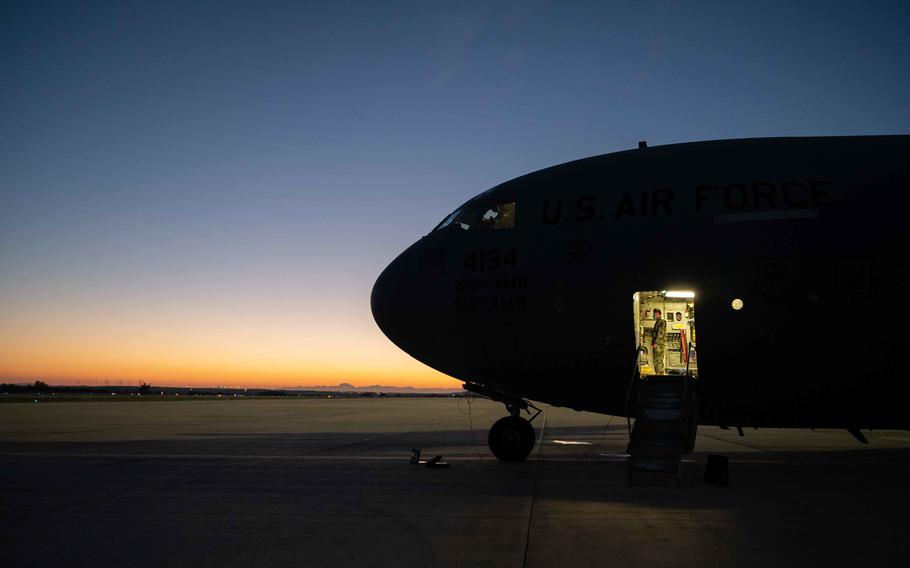 The severity of Storm Efrain’s impact on the planes was unclear Wednesday.

Hundreds across the country were evacuated from homes as Efrain brought hurricane-force winds and torrential downpours to Spain’s southern regions of Extremadura, Castilla-La Mancha and Andalusia.

Damage estimates on base were not immediately available.