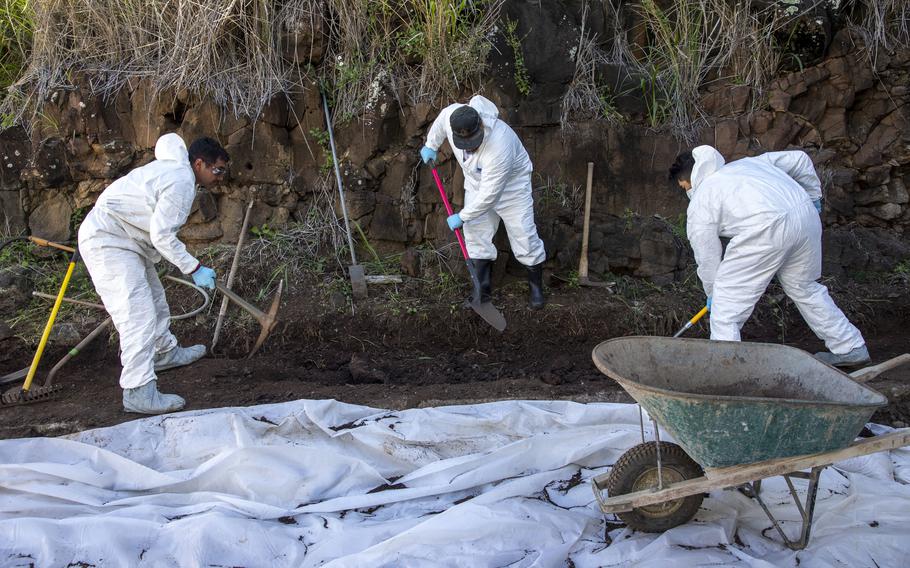 The Navy is recommending the best way to handle the 80-year-old underground fuel storage tanks at the Red Hill facility in Hawaii is to leave them empty and inactive, according to a letter from a service commander to state health officials.

The Red Hill Underground Fuel Storage Facility near Pearl Harbor was forced to shut down a year ago after jet fuel was found nearby in one of the Navy’s wells that supplies water to dozens of military communities in the area. After months of investigation, the Pentagon ordered the storage facility be closed permanently, but that’s a lengthy process that includes defueling the tanks and deciding how to take them out of operation.

A few weeks ago, the Navy favored closing the 20 Red Hill tanks “in place,” which means they would simply remain empty and dormant after the fuel is removed. However, the service decided to ask a contractor to come up with an analysis for other possible options in closing off the tanks.

Closure in place, or leaving the fuel tanks empty and dormant, is the least expensive and the quickest option. Jacobs said it would cost about $119 million and take three years. Closure with preparation for future use would cost $223 million and take four years. Filling the tanks with an inert material would cost $443 million in five years, and removing the steel liners would take $581 million and seven years.

Rear Adm. Stephen Barnett, commander of Navy Region Hawaii, wrote a letter Thursday to Hawaii’s health department. In it, he wrote the Navy is sticking with the first option because it “allows for beneficial non-fuel reuse” and minimizes environmental and local “community impacts, safety concerns, and timelines.”

“This method is validated in the third-party analysis,” he wrote. “The Navy formally seeks [Hawaii health department] approval of this method.”

Barnett wrote the Navy would do a “thorough review” and seek local input about possibly putting the tanks to some kind of non-fuel use in the future.

Not everyone, however, agrees with the Navy’s recommendation. Some worry simply leaving the tanks empty and dormant means they could one day be reopened to store and transport hazardous materials if the Navy deems that necessary.

“At some point in the future [if] there is a need for fuel storage, then could the Red Hill Bulk Fuel Storage Facility be resurrected from the dead?” Ernie Lau, manager and chief engineer of the Honolulu Board of Water Supply, asked last month at a meeting of the Red Hill Fuel Tank Advisory Committee. “If the tank liners are still there, the pipes that move fuel to and from Pearl Harbor, if everything is still there in place, we are only one degree of freedom from getting back to fuel storage over the aquifer.” 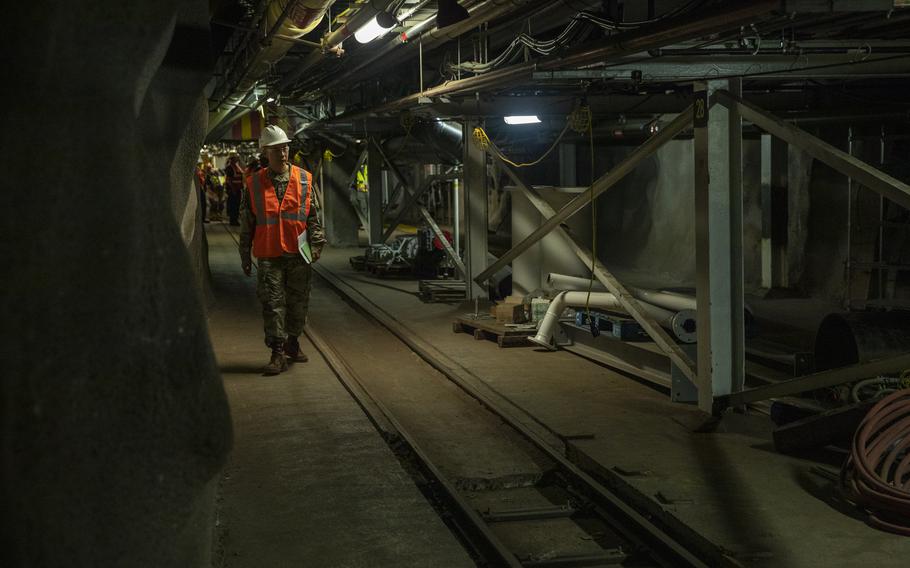 The Red Hill underground tanks were built during World War II to replace above-ground tanks that were considered vulnerable to aerial attacks like the one that damaged much of Pearl Harbor on Dec. 7, 1941.

Congress has allocated $1 billion to help pay for the defueling process at Red Hill in the 2023 National Defense Authorization Act, which President Joe Biden signed into law on Friday.

The funding is expected to cover pipeline repairs and other infrastructure involved in the defueling process, during which crews will drain about 104 million gallons of fuel from Red Hill’s aging underground tanks. The money will also go toward remediating the soil and groundwater that's been polluted by past fuel spills.