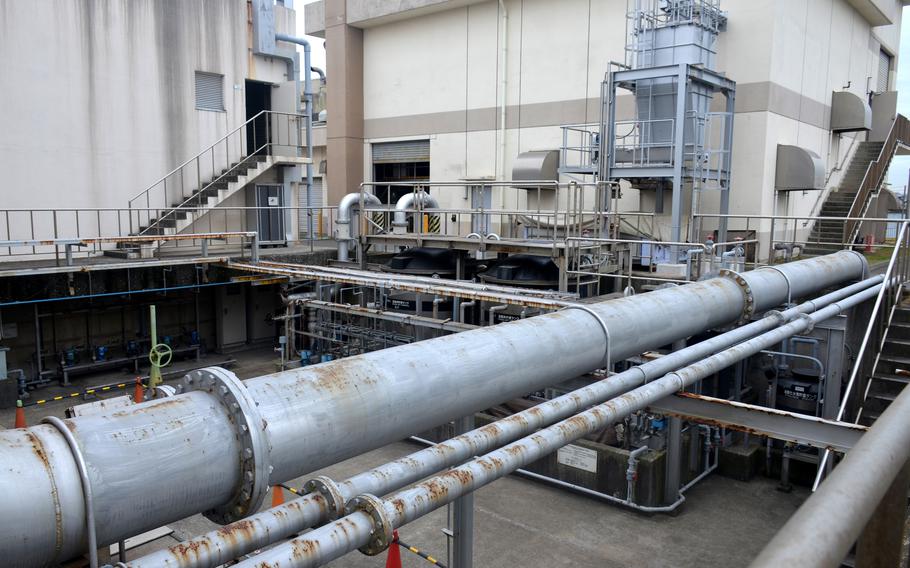 YOKOSUKA NAVAL BASE, Japan – The U.S. Navy has finished installing filters at the wastewater treatment plant on this base on Tokyo Bay, less than a week after the Japanese government once again reported high levels of so-called “forever chemicals” there.

The filters were installed specifically to remove the chemical compounds that since May have shown up repeatedly in water-quality tests by the U.S. Navy and the South Kanto Defense Bureau.

“The U.S. Navy has worked hard to correct this situation. The health and safety of our service members, civilians, their families, and the local community is our top priority,” Baucom wrote. “We are committed to learning from this experience and working to make improvements going forward.”

The Navy’s most recent round of testing on Sept. 29 found PFOA in concentrations of 12,900 parts per trillion in industrial wastewater, 258 times higher than the 50 parts per trillion limit imposed by the Japanese government, according to a Thursday news release from Yokosuka city.

U.S. Forces Japan, under the Japan Environmental Governing Standards, has a 50 parts per trillion limit on PFOA in drinking water but no established limit for wastewater.

Testing on non-industrial wastewater at the base also found PFOA at 11,700 parts per trillion, 234 times higher than the limit, according to the release. The Sept. 29 tests did not detect PFOS. 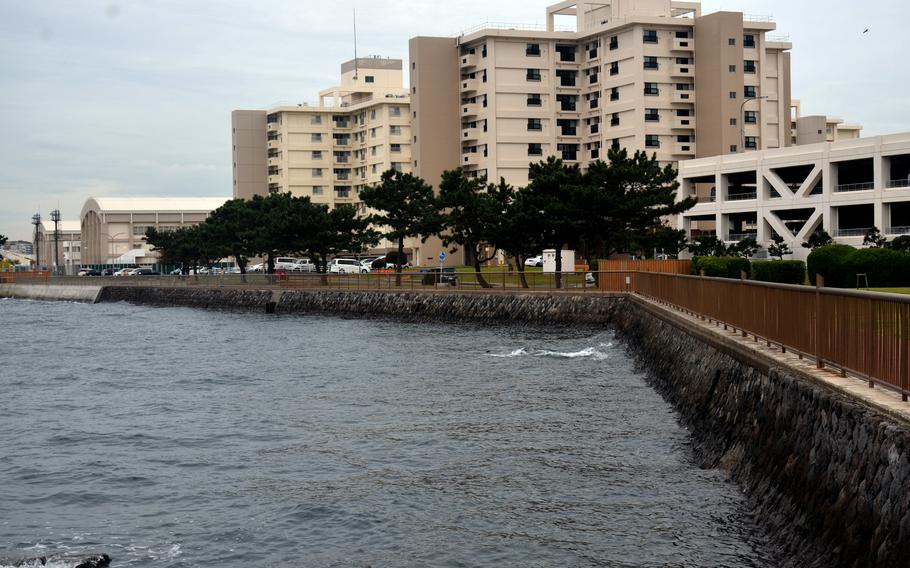 Yokosuka Naval Base continues to grapple with high levels of so-called forever chemicals near its wastewater treatment plant on Tokyo Bay. (Alex Wilson/Stars and Stripes)

“The safety and security of residents is a concern, but the issue related to the environment and people’s health is also an important issue for those living at the Naval base and those working there,” the release said. “We hope the cause is investigated and the issue is resolved as soon as possible.”

The Navy is investigating but has not yet identified the source of PFOA and PFOS on base, Baucom said in his email.

The two chemicals are found in firefighting foam, aircraft grease, water-repellent materials and other products that use fluorine chemicals. They may accumulate in the human body and persist for a long time, according to the Environmental Protection Agency, which refers to them as “forever chemicals.”

Following the toxins’ discovery in May, the base removed all firefighting foam containing the chemicals, Naval Forces Japan spokeswoman Cmdr. Katie Cerezo told Stars and Stripes on Sept. 16.

Concerns about the chemicals have been raised elsewhere in Japan. An Okinawa civic group, Liaison to Protect the Lives of Citizens Against PFAS Contamination, released survey results on Oct. 15 that found PFOS in blood samples at 1.5 to 3.1 times higher than a Japanese government survey last year.

The group believes U.S. military bases on the island prefecture could be the source of contamination and called for their cooperation, group spokesman Toshio Takahashi said Oct. 17.