Navy confirmed toxins in wastewater at base in Japan 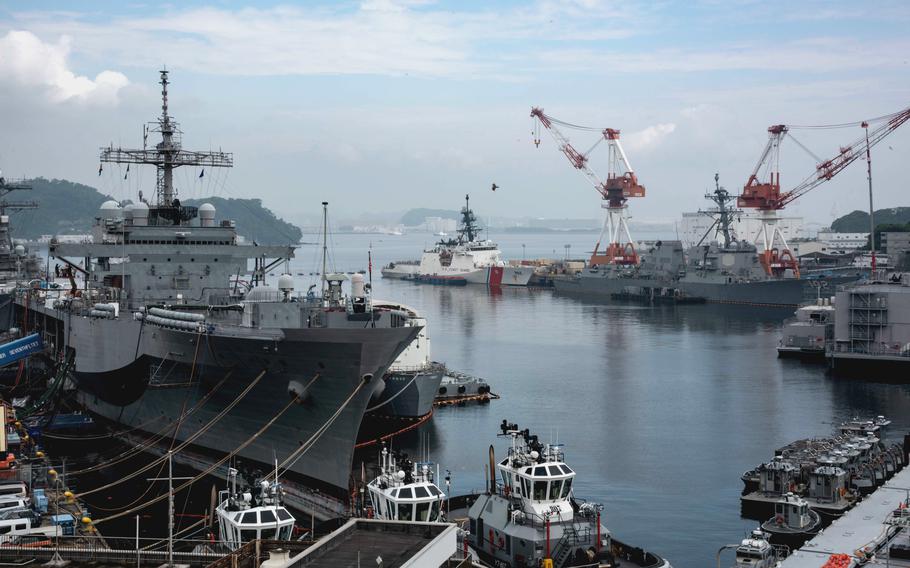 U.S. Navy officials confirmed two toxins were detected in an "unusual foam" at a wastewater treatment plant at Yokosuka Naval Base, Japan, on May 4, 2022. (Ryo Isobe/U.S. Navy)

YOKOSUKA NAVAL BASE, Japan — Reports of an “unusual foam” led to the discovery in May of two toxins at a wastewater treatment facility on the base, Naval Forces Japan said Tuesday.

Wastewater treatment plant officials notified the base on May 4 they had discovered the foam, and subsequent testing May 9 confirmed the presence of the chemicals PFOS and PFOA, Naval Forces Japan spokeswoman Cmdr. Katie Cerezo told Stars and Stripes by email Tuesday.

“We are committed to protecting the safety and health of the community and the environment, and to determining the cause of the release,” Cerezo said in the email.

The base south of Tokyo, the homeport of the U.S. 7th Fleet, is continuing to investigate the situation and plans to resample the wastewater treatment plant on Wednesday, she said.

The naval base’s treatment plant likely discharged the contaminated water into the Port of Yokosuka, according to a Yokosuka city news release Friday.

The South Kanto Defense Bureau also sampled the wastewater, but has not yet received the results, a spokesperson told Stars and Stripes on Tuesday.

Officials from the South Kanto Defense Bureau and Navy investigators inspected the wastewater facility. The Navy found no issues with the base’s fire extinguishing system and no additional foam has been found since the initial report, the city said.

Yokosuka Mayor Katsuaki Kamiji wrote to Defense Minister Nobuo Kishi on Friday, calling the situation “extremely regrettable,” asking for the government of Japan to take preventive measures and to investigate the situation, including whether the surrounding environment had been affected.