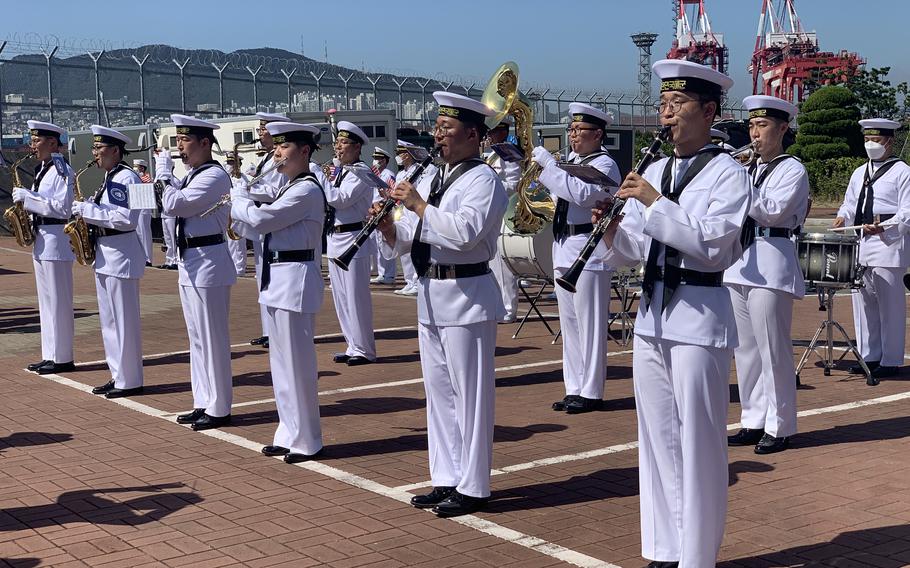 BUSAN, South Korea — A nuclear-powered U.S. aircraft carrier steamed into South Korea’s largest port Friday for the first time in five years as part of a scheduled maritime drills in the region.

The USS Ronald Reagan and its roughly 5,000 crew members arrived at Busan Naval Base as a “testament to the tight bond” between the U.S. and South Korean navies, U.S. Naval Forces Korea commander Rear Adm. Mark Schafer said during a news conference aboard the ship.

The Ronald Reagan was joined by the USS Barry, an Arleigh Burke-class destroyer, and the USS Chancellorsville, a Ticonderoga-class guided-missile cruiser. The USS Benfold, another destroyer, was ported roughly 25 miles west of Busan. The ships made their way to Busan after leaving Yokosuka Naval Base, Japan, on Sept. 12.

“The ROK and U.S. alliance has mutually strived to promote peace and stability on the peninsula for the last 70 years,” Kim said, referring to South Korea’s official name, the Republic of Korea. “The ROK and U.S. navies will conduct a variety of activities to bolster the navies’ friendship.”

Rear Adm. Michael “Buzz” Donnelly, commander of Carrier Strike Group 5 and Task Force 70, said the two navies’ cooperation is a byproduct of a “watertight” alliance between the U.S. and South Korea.

“We have a history of shared blood, we share common values, and have a clear vision of a free and open Indo-Pacific,” Donnelly said during the news conference. The strike group’s presence in Busan, he said, “is a clear and visible … understanding and commitment to the alliance.”

Donnelly declined comment on what message the “previously scheduled” port call was intended to convey and said he would “leave the messaging to the diplomats.” 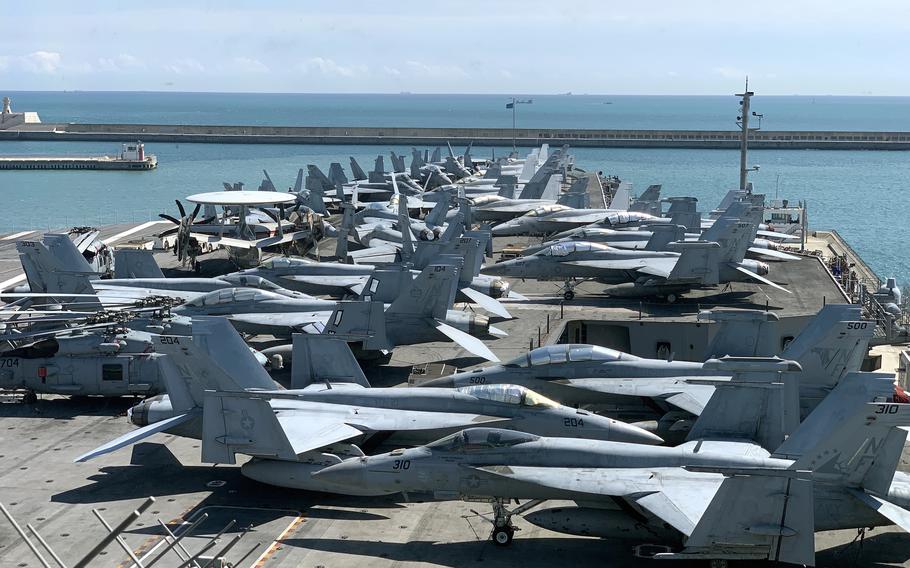 Navy fighters and other aircraft sit on the flight deck of the USS Ronald Reagan during the aircraft carrier's visit to Busan, South Korea, Friday, Sept. 23, 2022. (David Choi/Stars and Stripes)

Neither admiral provided details of the joint exercises or revealed how long the strike group would stay in Busan.

The Ronald Reagan last visited the coastal city in 2017, when the U.S. and South Korea’s relations with North Korea were near their lowest point since the 1950-53 Korean War.

Then-President Donald Trump broke from his predecessors’ response to the North’s routine threats by warning Pyongyang in 2017 that it “will be met with fire and fury like the world has never seen.”

The carrier’s latest visit also comes amid heightened tensions with North Korea. The U.S. and South Korean militaries conducted a series of exercises, including Ulchi Freedom Shield, the largest by the allies since 2017. The North has carried out a record number of missile tests – more than 30 launches in 18 rounds – so far this year. 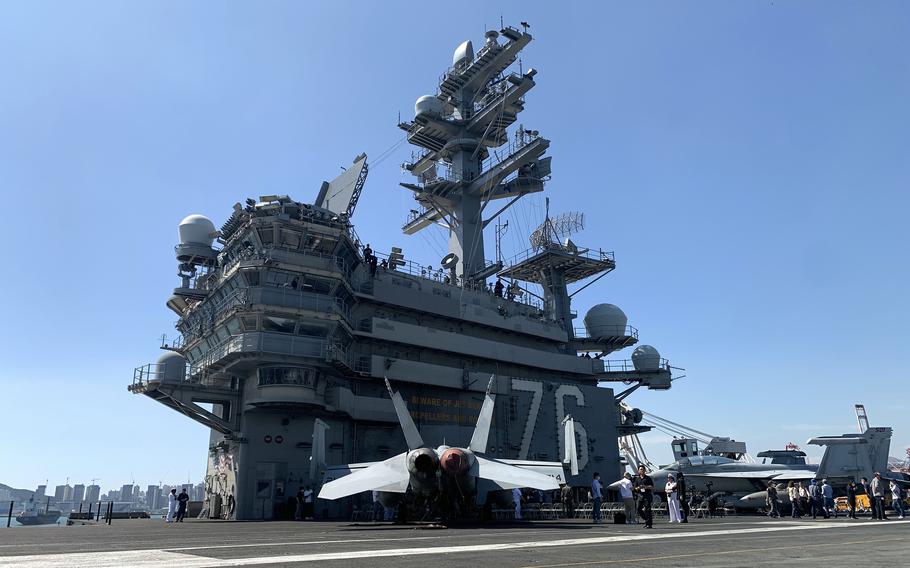 Ready for their free time in Busan, a steady stream of crew members in civilian attire were administered COVID-19 tests by Army and Navy personnel after disembarking from the aircraft carrier.

The Ronald Reagan’s commander, Capt. Fred Goldhammer, said the health of the crew and the local community was a “top priority” and that he was confident with the protections put in place.

“We are highly immunized and even since the days of the initial battery of vaccines being made available, we’ve had a significant portion of the personnel on board further boosted with additional immunizations past their initial series,” he said.

“U.S. troops, get out of Korea,” one protester shouted on a loudspeaker as a bus left the base. “Yankees, go home!” 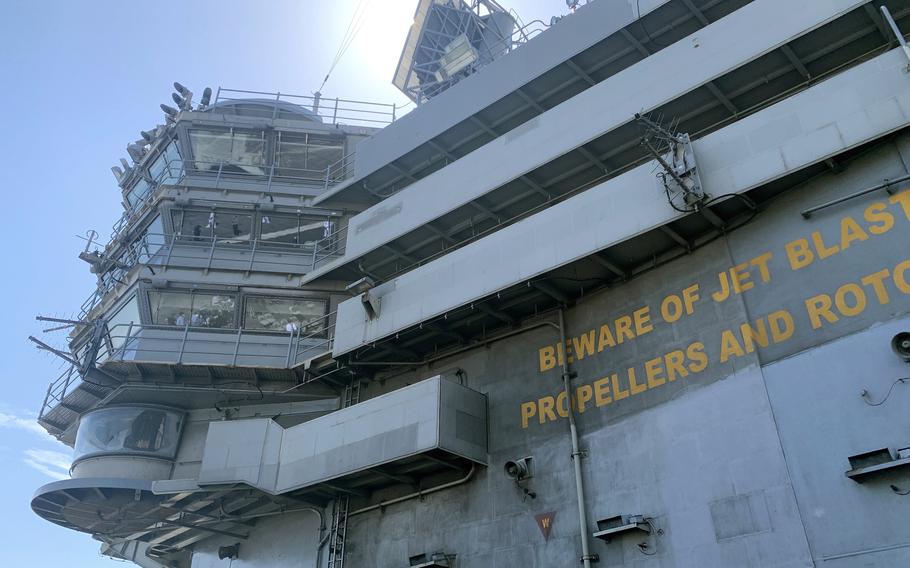