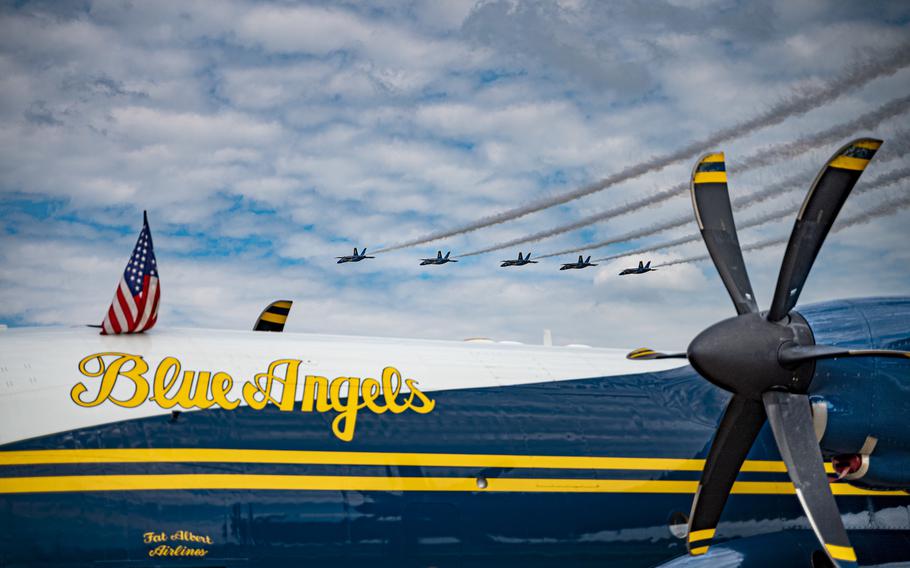 The famed squadron selected two F/A-18E/F demonstration pilots, an events coordinator, a C-130J Super Hercules pilot, an aviation maintenance officer and a flight surgeon to replace outgoing team members, according to the unit. A total of 17 officers serve with the Blue Angels, the second-oldest formal aerobatic team in the world.

“We had an overwhelming number of applicants from all over the globe this year,” Capt. Brian Kesselring, the Blue Angels’ commanding officer and flight leader, said in a statement. “We look forward to training our fantastic new team members, passing on the torch and watching the incredible things this team will accomplish in 2023.”

Hundreds of women representing the Navy and Marine Corps have served with the Blue Angels during the last 55 years, according to the 76-year-old unit. There are 25 women on the team now. 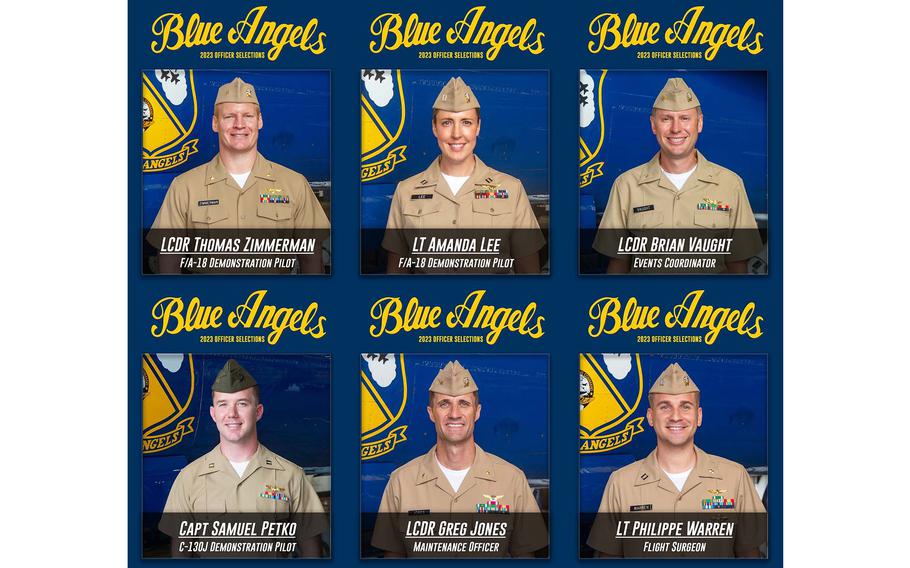 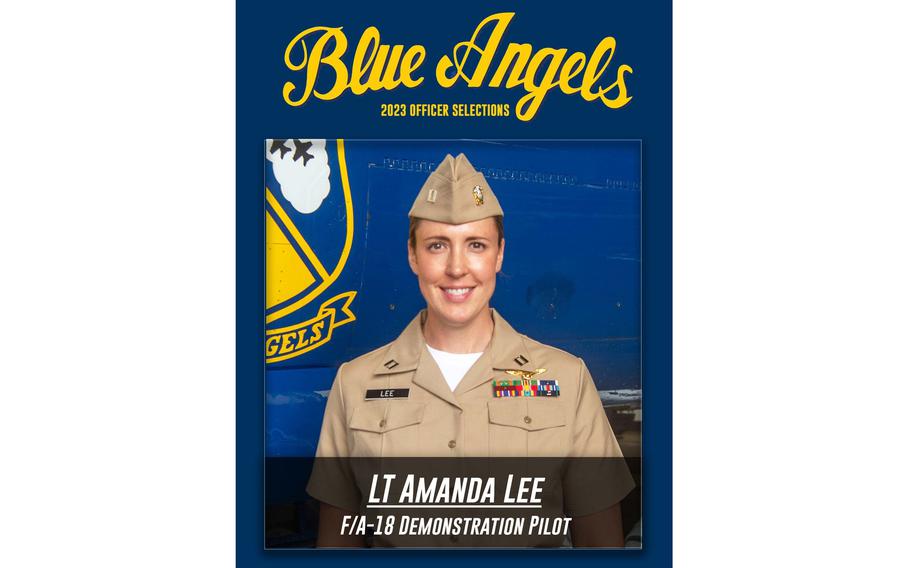 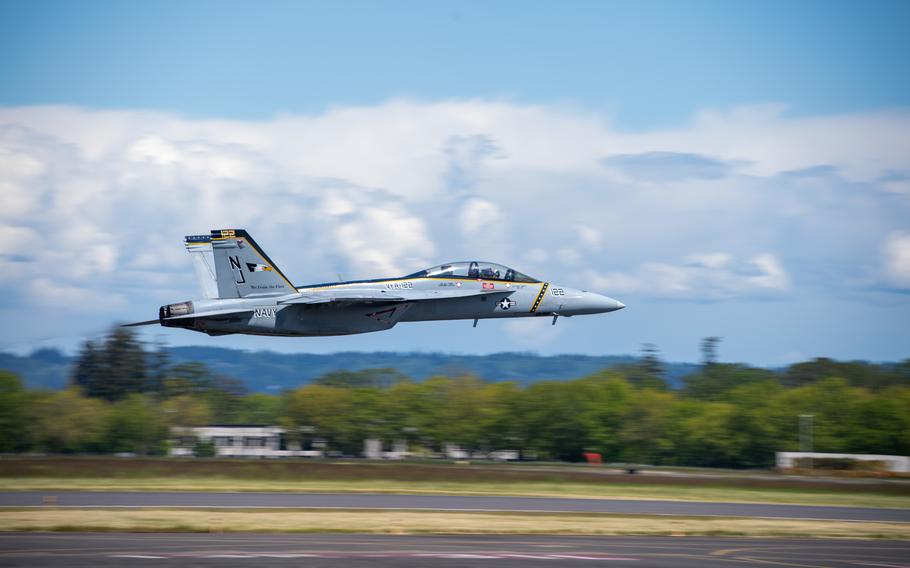 Lt. Amanda Lee of Mounds View, Minn., will be the first woman F/A-18E/F demonstration pilot for the squadron. The Blue Angels switched from flying the F/A-18 Hornet to the F/A-18E/F Super Hornet at the end of 2020. Lee is assigned to the “Gladiators” of Strike Fighter Squadron 106. She graduated from Old Dominion University in 2013.

Lt. Cmdr. Thomas Zimmerman of Baltimore also will serve as a F/A-18E/F demonstration pilot. He is assigned to the “Red Rippers” of Strike Fighter Squadron 11 and is a 2009 graduate of the U.S. Naval Academy in Annapolis, Md.

Lt. Cmdr. Brian Vaught of Englewood, Colo., is the team’s new events coordinator. He is a naval flight officer assigned to the Naval School of Aviation Safety and graduated from the University of Colorado in 2008.

The new C-130 demonstration pilot will be Marine Corps Capt. Samuel Petko of Osceola, Ind. He serves as a KC-130J Hercules pilot with the “Sumos” of Marine Aerial Refueler Transport Squadron 152 and is a 2014 graduate of Indiana University.

The team’s new flight surgeon will be Lt. Philippe Warren of Williamsburg, Va., a flight surgeon for the “Fighting Griffins” of Marine Medium Tiltrotor Squadron 266. He is a 2014 graduate of the University of Virginia.

New team members will report to the Blue Angels in September for a two-month turnover period before beginning a rigorous five-month training program at the team’s home base of Naval Air Station in Pensacola, Fla., and the Naval Air Facility in El Centro, Calif.

Officers typically serve two to three years with the team, according to the Blue Angels. The squadron has had more than 260 demonstration pilots and 37 flight leaders and commanding officers since its inception in 1946.

The Blue Angels will complete the 2022 season with a homecoming show in Pensacola, Fla., in November. An estimated 11 million spectators watch the squadron perform every year throughout the country and in Canada.