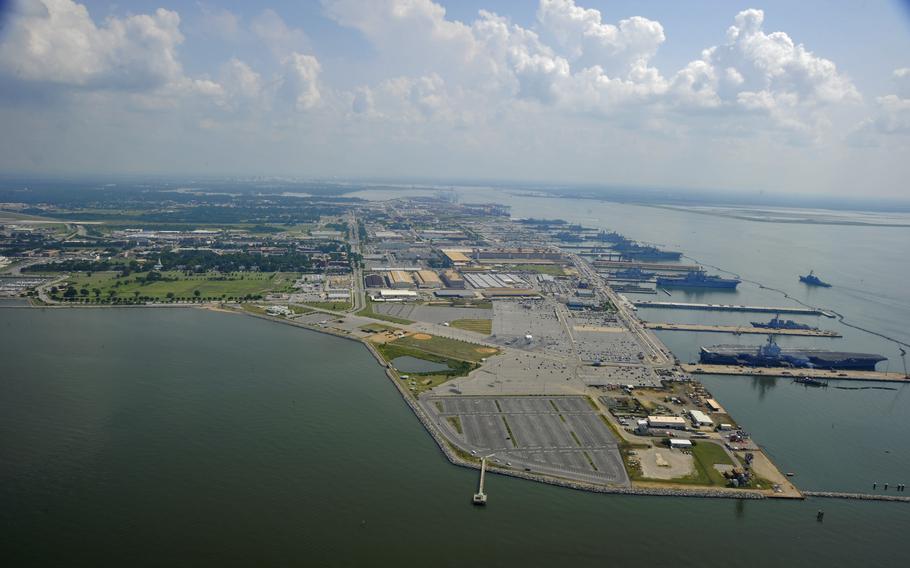 WASHINGTON — Navy officers said they cannot deploy a Norfolk, Va.-based warship after a federal judge ruled the service commanders are prohibited from acting against the ship's captain for refusing the coronavirus vaccine despite their insistence they have lost faith in his ability to command.

The Navy commander, identified only by his rank in court papers, filed a lawsuit in the Middle District of Florida in October with several other service members seeking relief from the military’s coronavirus vaccine mandate on religious grounds.

The commander later broke off from the class-action suit, refiling in January with an unnamed Marine lieutenant colonel to challenge the military’s vaccine mandate.

Last month, District Judge Steven Merryday granted a preliminary injunction barring the Navy from requiring the commander or the lieutenant colonel to take the vaccine or issuing “any punitive or retaliatory measure against [them] pending a final judgment in the case.”

The Navy on Feb. 28 asked Merryday for an emergency stay on the injunction, arguing the order prevents the service “from removing an officer from … commanding officer billets who the military has deemed unfit for command,” according to court documents.

“The order is an extraordinary intrusion upon the inner workings of the military that presents a direct and imminent threat to national security during a global military crisis, and it indefinitely sidelines a Navy warship,” the service said in its appeal on the injunction.

The ship is a guided-missile destroyer. The Navy has already sent at least four similar warships from Norfolk to Europe as Russia's war on Ukraine intensifies, the service has said.

In the judge’s response, Merryday accused the Navy’s attorneys of attempting “to evoke the frightening prospect of a dire national emergency resulting from allegedly reckless and unlawful overreaching by the district judge” and denied their appeal.

The denial forces the Navy to keep the commander in his position and bars the Marine Corps from canceling the lieutenant colonel’s upcoming assignment to command a combat logistics battalion — a job that would require her to visit ally nations across the world, many of which require U.S. service members to be vaccinated, according to the court papers.

While the judge held the military is trampling on the commander’s and lieutenant colonel’s religious rights, the Navy argued in its appeal that “the threat to military readiness and national security outweighs the impact on these plaintiffs of additional military proceedings while an appeal is pending in this matter,” especially in the commander’s case.

It’s not just the commander’s lack of vaccination stopping the Navy from deploying him. Higher ranking officers have also “lost confidence in [the commander’s] ability to lead and will not deploy the warship with him in command” because of several reports of failed leadership, according to court documents.

“The court’s order effectively requires the Navy to leave a subordinate commander in command of a warship despite his senior officer’s questions related to his fitness to discharge his duties as ordered,” Vice Adm. Daniel Dwyer, the commander of 2nd Fleet, said in written testimony to the court.

Capt. Frank Brandon, commodore of Destroyer Squadron 25, said in written testimony that he lost faith in the commander’s leadership after he showed up to work Nov. 9 and Nov. 10 while exhibiting coronavirus symptoms, violating a Navy order for symptomatic personnel to get tested.

The commander “could barely speak” and had a sore throat, yet still attended a navigational meeting with 50 to 60 other people. After the meeting, Brandon ordered the commander to take a coronavirus test, which resulted in a positive diagnosis.

“If there was any question on the need to get tested, then he should have taken the test to remove any doubt and protect his crew from the spread of [the coronavirus,]” Brandon said in his testimony.

Brandon then issued the commander an administrative letter of instruction “intended to document deficiencies and prescribe corrective action.”

Two months later, the commander reportedly lied to Brandon about a leave request, promising he would stay in the local area while off duty to spend time with family. However, Brandon later learned the commander instead took a flight to testify in his Florida court case.

“I consider [the commander’s] failure to notify me that he was traveling out of area to be an egregious breach of trust,” Brandon wrote in his testimony. “I believe that [he] intentionally misled me. This is cause alone for removal.”

The commander also failed to fill out a risk assessment of his travel before his leave, which the Navy requires prior to any travel and “in most cases” requires unvaccinated sailors to quarantine upon their return, according to the testimony.

“If I cannot trust the commanding officer of a guided-missile destroyer to honestly apprise me of his whereabouts, I cannot trust him with command of the ship or [its] crew,” Brandon said.

Further, allowing the commander to continue to lead the ship would place “him in charge of enforcing policies from which he is immunized,” Brandon said, leading the commodore to question whether the commander would enforce Navy orders to require his roughly 320-person crew to get vaccinated.

“In my professional judgment, I cannot leave him in command of a Navy warship, regardless of his vaccination status or religious exemption request,” Brandon said. “[The commander] put his crew at risk due to his personal actions and failed to comply with the Navy's [coronavirus] policies.”

Though the judge denied the service’s request to issue an immediate pause in the temporary injunction, he will hold a hearing Thursday to further review the Navy’s appeal.

“This peculiarly subjective determination of ‘lost confidence,’ arriving suddenly after 17 stellar years of service by [the commander] and after, to say the least, tense exchanges with his superior officer about vaccination and about his religious exemption claim does not warrant immediate deference but, rather, demands a closer examination,” Merryday said in his response.