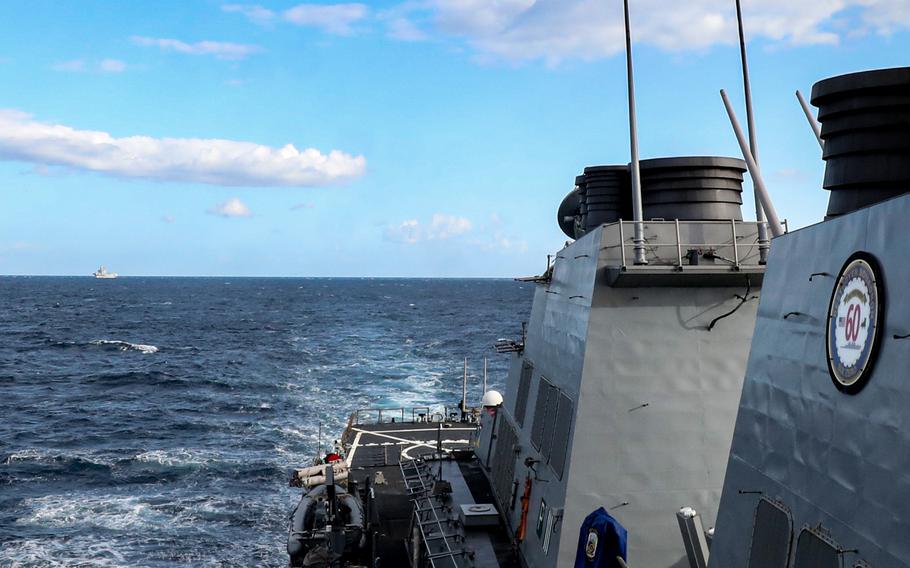 The destroyer USS Porter participates in ship formation maneuvering exercises while the Italian navy conducts live-fire gunnery exercises as part of Mare Aperto, Oct. 15, 2021. USS Porter, homeported at Rota, Spain, is on its 10th patrol in the U.S. 6th Fleet area of operations in support of missions in Europe and Africa. (Katie Cox/U.S. Navy) 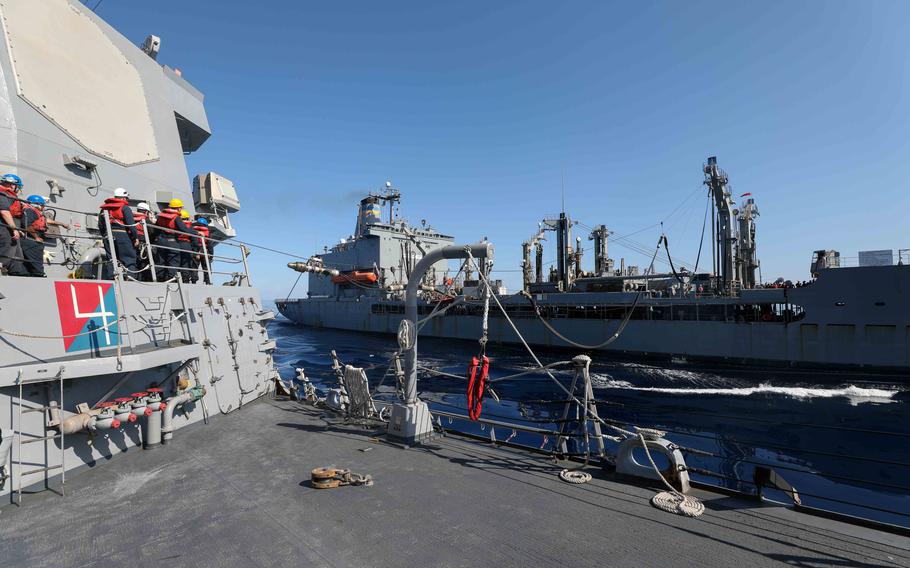 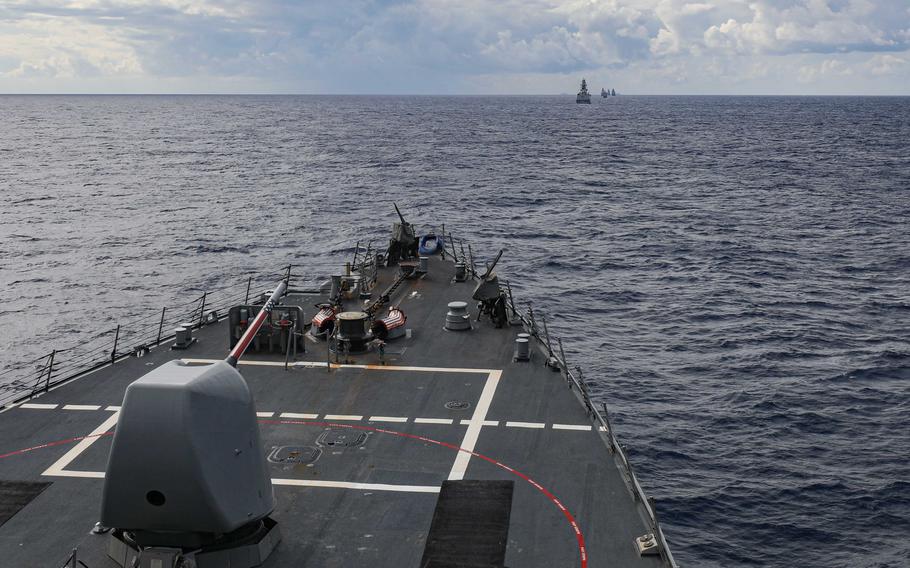 "Each multi-national exercise the crew of Porter has the ability to participate in is a chance to not only maintain security and stability in the region, but also hone our skills as mariners and warfighters," Cmdr. Christopher Petro, USS Porter commanding officer, said in a statement.

The biannual exercise, delayed more than 1 ½ years due to the coronavirus pandemic, took place over 24 days in the Adriatic, Ionian and Tyrrhenian seas, and the Strait of Sicily, the Italian navy said in a statement.

It included more than 4,000 personnel and two combat units of the Italian army, the statement said.