NATO plans AI strategy, $1B investment fund as it seeks to stay ahead in tech realm 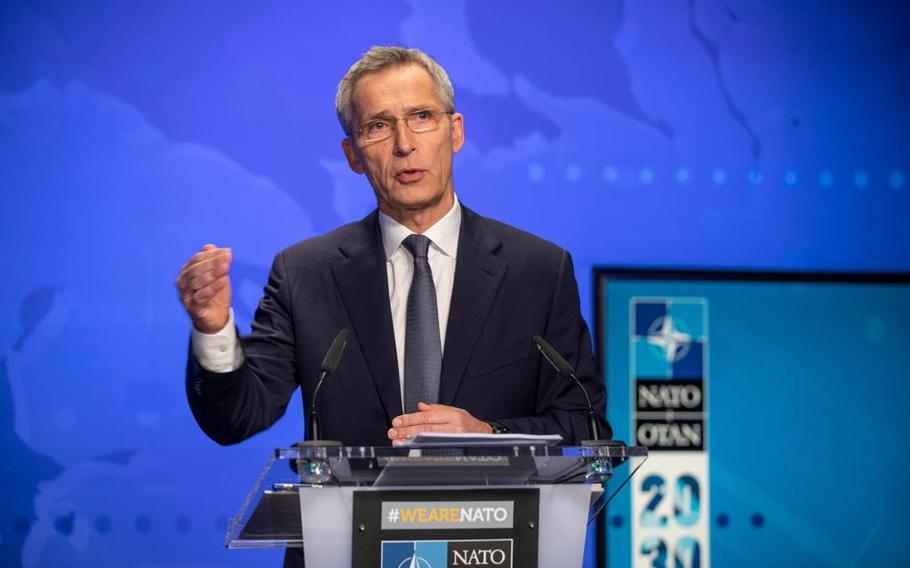 NATO Secretary-General Jens Stoltenberg, seen here in an undated file photo, announced Oct. 20, 2021, in Brussels that the organization will unveil its first strategy for the use of artificial intelligence. (NIDS/NATO Multimedia Library)

NATO will adopt its first strategy on artificial intelligence and launch an innovation fund this week with the aim of investing $1 billion to “futureproof” the 30-nation security pact, Secretary-General Jens Stoltenberg said Wednesday.

“We see authoritarian regimes racing to develop new technologies, from artificial intelligence to autonomous systems,” Stoltenberg said at a news conference at the alliance’s Brussels headquarters.

Stoltenberg said he expects the new NATO fund to invest in emerging and disruptive technologies. New headquarters and test centers will be set up in both Europe and North America to support the effort, he said.

“We must keep our technological edge,” Stoltenberg said. “Future conflicts will be fought not just with bullets and bombs but also with bytes and big data.”

The alliance’s artificial intelligence strategy will integrate areas such as data analysis, imagery and cyberdefense, he said.

During the past couple of years, NATO has expanded beyond its traditional focus of land, sea and air operations to adapt to a more complicated security environment.

Last year, it established a new center at Ramstein Air Base’s Allied Air Command to coordinate efforts in space, which was declared a new domain of military operation for the alliance. And in 2017, allies also added cyber as a military domain.

In Brussels, ministers also will discuss military efforts to deter potential Russian aggression as well as the overall state of relations with Moscow, which Stoltenberg said are at their lowest point since the Cold War.

Earlier this week, Russia announced it was closing its diplomatic mission to NATO in retaliation for the expulsion of eight members of that entourage who NATO accused of being intelligence operatives.

Still, Stoltenberg said, NATO remains open to the possibility of dialogue with Moscow.

Calling Russia NATO’s biggest neighbor, Stoltenberg said “there is no way you cannot talk to them.”